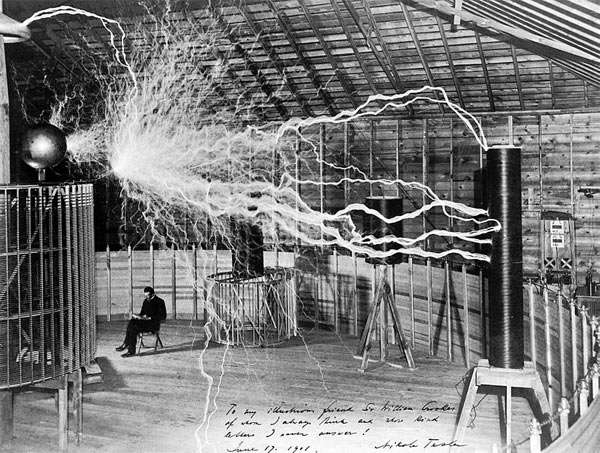 Would Nikola Tesla Drive A Tesla Model 3 If He Was Around Today?

The namesake of visionary and mad scientist Nikola Tesla Tesla Motors, seems to have a lot of correlations with the great man, but if he was around today would he be driving his namesake vehicle or go for an EV from an alternative make or just plump for a V8?
Advertisement

Nikola Tesla was born in 1856 and came to the United States in 1884, working for Thomas Edison on direct current generators, then onto alternating current system, x-ray experiments, radio, radar, wireless electricity and even a directed energy weapon. An innovator, some called a mad scientist and a great showman of his time. Some of these traits you could possibly attribute to the Tesla motor company. One of Nikola Tesla's lasting legacies was to try and provide wireless electricity free for the whole world along with 278 patents with innovative ideas that are still being explored today. He is considered one of the founding fathers of modern electricity, so it's no wonder Elon Musk and his team named the car company after Tesla.

There are correlations between the great man and the car company such as Nikola Tesla sharing many of his patents with the world and Tesla motors now making all their patents open source, maybe a nod to the great man in itself. Just as Nikola Tesla was innovative, charismatic and often outspoken on many topics, you could almost say Elon Musk Tesla motors CEO goes along the same lines, where his views and comments on his motor company have gone a long way to push the car name to the masses, along with quelling a lot of these dissenters along the way.

The ability to try and push the boundaries of technology and try new and innovative ideas can be applied to both, but with Nikola's want for wireless free electricity may have come as a difference to the current plans of charging for energy for the future of modern EV vehicles. At the least the idea of having an Electric vehicle for the masses Ward are should have appealed.

However, if Nikola was around today and needed a vehicle to commute (That's unless he hasn't already invented his own electric hover board) would he opt for a Tesla vehicle and especially the upcoming Model 3? If the man was alive today he probably would already be working with Tesla motors, but if not, he would more than likely have a vehicle by his namesake company, even if it was just the name association as I can't see the great man driving around in a Chevy Bolt instead. It just kind of wouldn't make sense. I think that Nikola would also eventually come around to the idea of paying for electrical energy, as although he wanted to disseminate his ideas to the world, like in his day his ideas had to be monetised, but I'm sure he would still be working away to find a wireless way to charge the vehicles. Maybe this is the ultimate next step for EV vehicles.

The instant and quickness of torque of Tesla vehicles and EV cars in general would have appealed to Nikola and like other Tesla owners I think he would definitely be suffering from Tesla Grin. The current technology in Tesla vehicles would also appeal to Nikola and although he doesn't get his way with wireless electricity, I'm sure he will be impressed by the wireless software updates and even the beginnings of Autopilot. Having sensors and software being able to track the vehicle in a 360° view is impressive today, so a brought back to life Nikola would be very impressed.

Innovation, pushing the boundaries and trying to change the course of the industry will all be traits that Nikola Tesla would love in his namesake company and that's why I think if he was around today, a Tesla vehicle would be the obvious choice. As Tesla motors have a link with Panasonic for making their battery technology, Nikola would surely love a first-hand insight into modern electrical storage for the vehicles, if he agreed with it or not. If he already owned a Model S or Model X, I'm sure he would be on the waiting list for a Model 3. I really couldn't see him driving a Toyota Prius. Maybe a Dodge Hellcat for the weekends....

John Goreham wrote on January 9, 2017 - 1:28pm Permalink
Nikola Tesla owned almost nothing of material value during his lifetime. He lived in a rented room in the New Yorker Hotel across the street from Penn Station. Why would anyone assume he would own a car at all, never mind one from a luxury brand?
Dave Ashton wrote on January 9, 2017 - 1:36pm Permalink
Because its all hypothetical.
J.P. SCHOCK wrote on January 10, 2017 - 4:23am Permalink
NO HE WOULD NOT! HE WOULD SEND IT BEYOND PLUTO! AND THAT IS NO PROBLEM, IT IS SELF DRIVING AND THERE IS NOTHING IN THE WAY FOR YEARS TO FLY! WELL IT MIGHT BE A NICE CAR, BUT WHO NEEEEEEDS IT? IT SHOULD BE IN A MUSEUM! SO PEOPLE CAN LOOK AT HISTORY! WE HAVE NO STREETS NOR BRIDGES NOR GARAGES NOR PLACES TO PARK IT. HE, NOT NICKOLA, BETTER INVENTS AN AEROPLAN......THAT DOES NOT EXPLODE NOR COLLIDE....ONE THAT DOES NOT NEED TO LAND. AS ONE CAN TAKE A ROPE TO SLIDE DOWN TO SAVE THE AIRPORTS! FOR THE INCREASE OF HABITANTS! BEST PEP