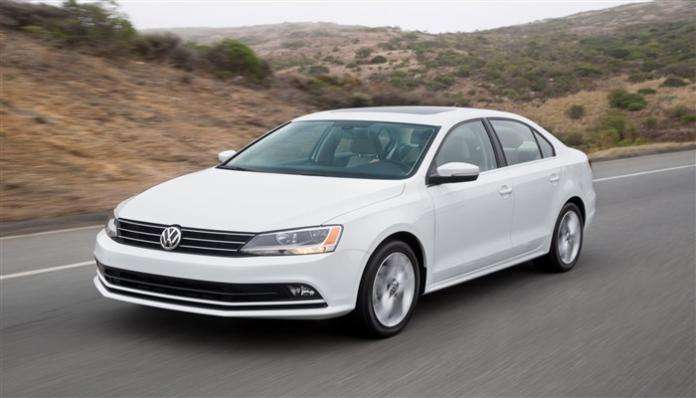 Volkswagen's Jetta led the way as the automaker swept the top three spots in AutoPacific's 2017 Ideal Vehicle Awards. The research firm surveyed more than 54,000 2016 and 2017 new vehicle owners to determine the winners in several categories.
Advertisement

Volkswagen has swept the top three spots in the 2017 Ideal Vehicle Awards (IVA). Run by the auto research and consulting firm AutoPacific, Inc., the awards mark vehicles that meet the owners’ expectations and desires. For 2017, Jetta was named the winning compact car followed by VW Beetle and Golf.

The IVAs are based solely on owner input. AutoPacific, which sends out and collects the data on vehicles, surveyed 54,000 owners of new 2016 and 2017 vehicles from all the main manufacturers.

“The Volkswagen Jetta has been a bestseller for the brand … the Ideal Vehicle Award is a testament of how much Jetta owners love their vehicles,” Hendrik Muth, senior vice president of product marketing and strategy, Volkswagen of America (VOA). “Our planners, designers, and engineers work hard to help ensure every last detail in the Jetta deliver on what buyers want in a compact vehicle, so we are truly honored by this recognition,” he continued.

The Ideal Vehicle Awards surveyed the owners of more than 54,000 new cars and light trucks in the U.S. Owners received their surveys in the first half of the year.

The survey asked owners what they would change about their new vehicles. The groups included ride and handling, interior storage, safety features, power and acceleration, and technology, among others. AutoPacfic’s awards identify those vehicles whose owners want very little change in their cars. The survey recognizes those products as the ones that most closely meet the needs of their buyers.

Owner Opinions Are The Only Ones That Count

Unlike other awards that rely on panels of guest judges or that use some other method of selecting winners or on predetermined surveys that are sent out to a limited selection of owners, The IVA’s are based only on owner input. The firm, which has no say by vote or otherwise, only totals things up and presents the results.

For the full results of the survey, please check out VW Sweeps Top 3 IVA Awards.