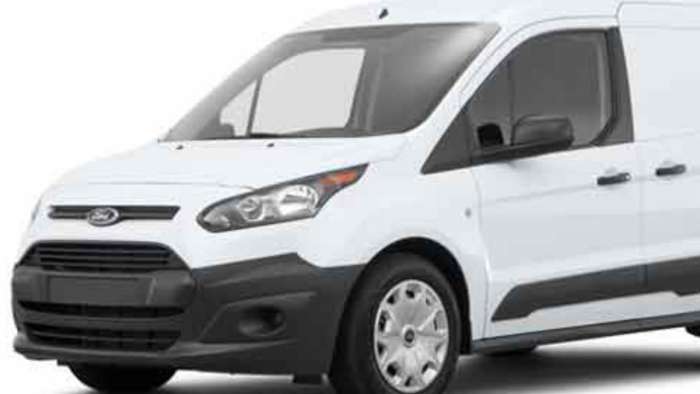 In its continuing safety campaign, Ford has issued two recalls, one for certain Transit Connect vans and the other, a small one, for some Mustangs. The Transit Connect recall is for front seatbelt issues; the Mustang recall is to fix the forward-looking camera.
Advertisement

Ford says that even if the front seatbelts are performing correctly, if the pretensioners fail to deploy in a crash, the risk to front occupants increases.

Ford says it is not aware of any such nondeployments or any injuries that may have resulted from this condition. The problem affects a total of 1,747 vehicles in the U.S. And Canada.

To repair the problem, dealers will inspect the driver and front passenger seatbelt assemblies and replace any assemblies impacted by the problem. Ford built the Transit Connects at its Valencia Assembly Plant from July 17-31, 2016. The Ford identification for this recall is 20S25. Earlier Ford issued a recall involving panoramic roof problms on some Transit Connects.

In the second smaller recall, Ford has recalled 24 2020 Mustangs for problems with their forward-looking cameras.

During assembly, Ford equipped the Mustangs with improperly aligned image-processing modules. The part is an imaging-processing module A. It is also known as the forward-looking camera. As a result of the problem, the cameras may not function as intended.

An incorrectly functioning forward-looking camera alignment calibration may cause certain features to have degraded functionality during a vehicle's operation.

The features that may not function include Pre-Collision Assist, Adaptive Cruise Control, Lane-Keeping System, Driver Alert, and Auto High-Beam Control.

The issue with the forward-looking camera may impact the Mustang's effectiveness in detecting a frontal collision, increasing the risk of an accident.

Ford is not aware of any reports of any accidents or injuries caused by this condition. Ford built the affected Mustangs at its Flat Rock, Michigan, Assembly Plant on Feb. 10-11, 2020.

Ford dealers will reconfigure the forward-looking camera by aligning the Lane-Departure Warning system camera. Ford has given this recall the identification number 20S26.

Tsingshan's Threat to Tesla: EV Maker Is In Battery Crosshairs
Tesla-Funded Research Reveals One of The Biggest Mysteries of EV Battery
END_OF_DOCUMENT_TOKEN_TO_BE_REPLACED