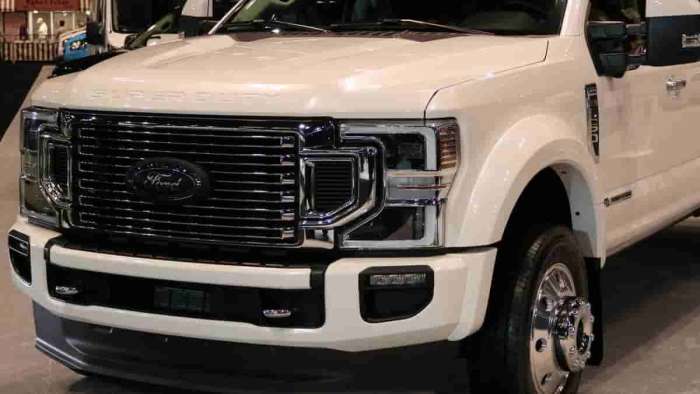 Ford has recalled a number of Super Duty vehicles with dual rear axles to repair an issue with front-hub wheel-extenders. The extenders weren't properly tightened by the supplier and it has created the risk of wheel detachment.
Advertisement

Lately, Ford has had a string of recalls on its models. That the automaker has recalled so many vehicles – as many as 200,000 Transit Connect vans, for instance – shows that it is committed to the safety of its vehicle owners. Other vehicles that the automaker has recalled include numbers of its Super Duty line of heavy-duty pickups. Its popular F-150 pickup line has also had at least two recalls recently.

Ford recently announced another recall of Super Duty trucks to repair various issues with its Edge SUV and F-350s and F-450s.

In some super SUV-related news, as detailed by my colleague Jimmy Dinsmore, Bronco Shipments Are Set To Begin As Owner Patience Pays Off.

Ford has announced a new recall of a number of its Super Duty models, equipped with dual rear axles (dualies). The Super Duty models F-350, F-450, F-550, and F-600 are primarily commercial trucks. In their commercial role, Super Duty trucks have multiple commercial uses. They serve as the basis for multipurpose hauling vehicles – dump trucks. Or they are closed cargo carriers. You will find that a vehicle like the F-350 used as a traditional pickup.

The vehicles involved in this recall have dual rear wheels, and they also have front-wheel hub extenders. The hub extenders were not properly tightened by the supplier.

According to Ford, the condition may result in the front tire and wheel assembly detaching from the front axle, increasing the risk of a crash. Further, a detachment may create a road hazard. Ford is not aware of any crashes or injuries caused by this problem.

Ford says this action affects 17,616 vehicles in the U.S. and its federal territories, 1,779 vehicles in Canada, and 231 vehicles in Mexico. 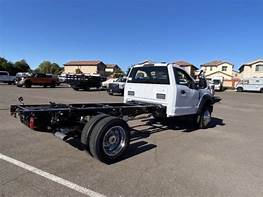 Ford has begun contacting owners. The instructions tell owners not to drive their vehicles until they can determine whether the front-wheel hub extender nuts have been tightened to spec. Owners have the option of having the service performed at their sites, or the trucks will be towed to a dealership for service.

According to the National Highway Traffic Safety Administration (NHTSA), dealers will inspect and tighten the front-wheel hub extender nuts free of charge.