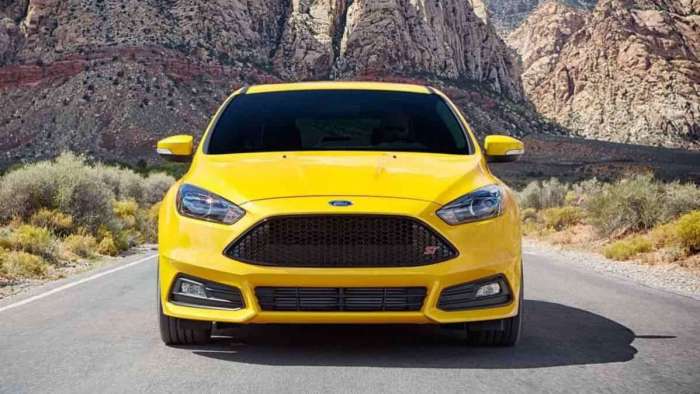 As Ford moves to marketing F150, F250, F350 pickups, and Escape, Explorer SUVs, imported auto competitors are moving into the niches left by the automaker. GM's similar announcement has makers like Hyundai ecstatic as they pickup conquest sales.
Advertisement

Here’s an interesting question to ask as we start another weekend: Did Ford make the right move when it announced that except for the Mustang, it would no longer be selling cars? Yes, it will still be making vehicles as it concentrates on far more profitable SUVs like the Mustang, Escape, Explorer, and others, and pickups like the F150, F250, and F350, but cars are disappearing at the end of the 2020 model year.

From a profitability standpoint, the move away from cars and into SUVs and trucks makes a great deal of financial sense. After all, if you look at it from a time versus profit standpoint, it all seems to make sense. For example, let’s say a salesperson invests four hours in the sale of a 2019 Ford Fusion, and they negotiate a price of about $24,000 (we’re not talking about any trade-ins or other allowances here to keep things simple). Everyone agrees this is the best price, and they shake hands and write-up the sales paperwork.

Now, let’s look at the same salesperson and the same investment of four hours on a Ford Escape SUV. Let’s say that the salesperson and customer negotiate a fair price of about $30,321. All agree it is a reasonable price, and you shake hands and begin to write up the paperwork.

Both of these examples rely on Kelley Blue Book (KBB)’s fair pricing option for new vehicles of the type we are discussing (a Ford car and a Ford SUV). There is little doubt that $30,321 is much more attractive to the salesperson and dealer than the $24,000 price negotiated for the car. As such, it makes the SUV far more profitable to sell, and it does seem like a smart business move. But it is?

What about long-term customers who like Ford Fusions that have been on sale since 2006? In the last 13 years, a long-time customer may have purchased or leased two or three cars from the dealership. If the same customer purchased an SUV, there would likely have been only one sale as SUVs are far more expensive. So, was dropping out of the car business and channeling the efforts into SUVs a winning strategy?

Has it worked out? According to The Ford Authority, an independent website and forum, they found that just after Ford made its announcement about ending their car-making business some months ago, there was a slight uptick in Honda sales. It resulted in lost Ford sales and added Honda business. The site continued that “Honda isn’t the only Asian automaker to benefit from Ford and GM leaving the sedan market. Hyundai is seeing growth as well.” GM announced a couple of months ago that its Chevrolet Division was leaving the new-car building business. In November Buick, GM’s alternative luxury car division announced that it would also be ending its new-car building and sales business.

The Ford Authority (TFA) noted that many of Ford’s “car fans were unhappy” with automaker’s decision to leave the car market. And, though many former car buyers have turned to SUVs to stay with the Ford brand, others have opted out of Ford and have moved to Honda and Hyundai. Statistics noted by TFA are quite enlightening. The statistics show a rather large group of former Ford and GM buyers have moved over to Hyundai -- 42 percent. They have opted for compact cars, as well. Elantra sales showed a 102 percent hike in the year from November 2018 to 2019; many of those vehicles possibly purchased by former Ford and GM customers.

It is a good situation for Hyundai. The Korean brand’s Mike O’Brien, VP of product planning, told TFA that there are 6.5 million car buyers who now have nowhere to turn if they want cars similar to the vehicles they currently own. And Hyundai is seeking this marketing bonanza. The automaker wants as many of these customers possible. GM and Ford aren’t the only makers who have left so-called orphans on the market. At least 20 other nameplates are not available anymore. Orphans are vehicles that are no longer sold by their nameplate anymore. For example, the Ford Fusion is available through this model year (2020). At the end of the model year, it will become an orphan as Ford is pulling the plug on the midsized sedan that has been on the market since 2006.

Hyundai, says O’Brien, wants not only pieces of the abandoned Ford and GM markets, but it is also seeking vehicle owners that have been dumped by makers like Fiat Chrysler Autos (FCA). For example, FCA dropped its Chrysler 200 compact sedan a couple of years ago, leaving those customers in the lurch. The Hyundai vice president pointed out that since 2017, about 20 marques have disappeared.

As we have noted, not all of the abandoned car owners are changing brands. Ford, for example, is reporting that a full 18 percent of Focus buyers plan on moving to a Ford SUV. GM is reporting similar results for its compact Chevy Cruze, with 21 percent saying they are moving to Chevy SUVs.

Why aren’t more buyers staying with their former brands? As we noted, SUVs tend to be about $6,000 more expensive than similarly equipped compact car models. TFA also pointed out two features that encouraged Hyundai and its subsidiary Kia conquest sales:

Conquest sales are sales to owners of competing models that have come over the new marque.

And, in a twist that must be frustrating to Kia, with interest in electric vehicles (EV) growing by leaps and bounds, you would think that an electric subcompact like Kia Niro EV would be a runaway best-seller, but there’s a hitch. "according to John Goreham, a Torque News colleague of mine who participated in a teleconference with"> Jim Bell, Hyundai's new PR chief, the problem is too much of a good thing. Due to “unexpected global demand,” they can’t keep up. There’s not enough car or battery to go around, and they are looking for ways to increase production.

Let’s look at Ford again. There is a slight contradiction in the maker’s stance. It is continuing to sell and support the Mustang, the iconic pony car that had its debut 65 model years ago. The Mustang, whose market-changing fastback helped to change the market in 1969, grew in size and power through the early 1970s, when the first gas crisis of that era hit. Almost immediately, the second-generation Mustang, shrank to a compact, sharing a platform based on the Pinto. It was the platform available until 1978. In 1979, Ford introduced the third-generation Mustang that used the Fox platform. The platform, shared with Ford’s compact Fairmont and Mercury Zephyr, was rear-drive. The platform remained in use to 1993.

The sleek fourth-generation Mustang, built on the Fox/4+ platform, was almost an entirely new machine from the ground up. Of 1,850 parts 1,330 were changed on a vehicle that looked and drove differently, says Wikipedia. In 2005, the fifth-generation appeared. The Mustang and its GT500 variants were based D2C or S197 platform. The sixth and current generation was introduced in 2013 and featured a new independent rear suspension. It was also a wider stance than its predecessors. And, it was longer than its predecessors.

The Mustang is the only Ford model that has been in continuous production for the last half-a-century. Mustang has been groundbreaking since it first rolled off the assembly line. It still is.

You see, Ford is taking the nameplate and launching a whole line based on the marque. It is known as sub-branding. Indeed, Ford’s newest electric model has the name Mustang Mach-E. The Mustang Mach-E is a very highly touted new vehicle. Ford is expanding its market with sub-branding. Jimmy Dinsmore, another Torque News colleague of mine, pointed this out in his comprehensive article yesterday.. I wouldn’t be surprised if Ford uses the new Bronco SUV as the start of a new line as well. That is the rumoring that I have heard.