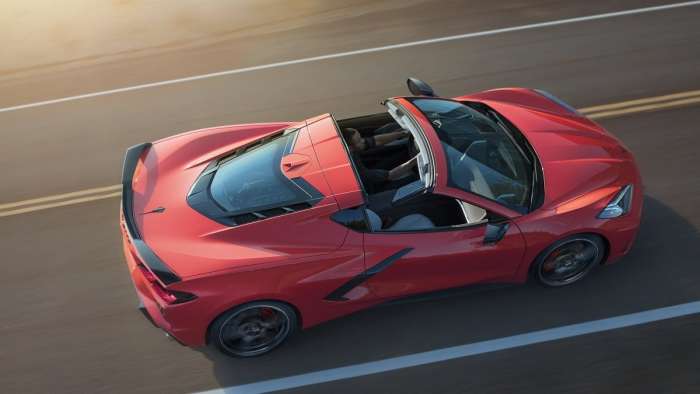 General Motors may one day sub-brand Corvette just like Ford sub-branded the Mustang in the electric Mach-E. Like it or don’t like it, automakers will do what’s best for their bottom line. Competition is intense for the car-buying dollar. So, in a way, capitalizing on iconic brands does make financial sense. We just don’t have to like it.
Advertisement

When Ford revealed the Mustang name and logo would get slapped onto a crossover it sent shockwaves through the Ford Mustang enthusiast community. Now, I’ve written a lot about the displeasure about this move, heck I even started a petition imploring Ford to change their mind. But this does not look like it’s going to happen, and honestly, I knew they wouldn’t back down from this move.

While I’m still not okay with it, and probably never will be, a closer look at this trend shows that Ford might actually be onto something.

Ford can financially gain from Mustang sub-brand
Stay with me here, I’m not doing an about face on my stance that Mustang is a pony car and not an SUV. But, financially, Ford is gambling with the world-renowned name and branding of Mustang and trying to turn it into a sub brand. I will argue that this wasn’t necessary and certainly didn’t need to be done regarding the beloved Mustang, but I also am not the decision maker at Ford.

Will GM follow suit with a Corvette crossover?
Indeed the fallout from the Mustang Mach E is felt beyond the Blue Oval and stretches throughout the automotive industry. Recently, CNBC did a financial breakdown of what sub-brands like Mustang could mean for Ford and other automakers. In fact, the CNBC story pointed to the financial likelihood that General Motors would create a sub-brand out of the just-as-cherished Corvette brand. This would certainly create the same kind of backlash among the Corvette enthusiasts as the Mach E did to the Mustangers.

Think about it, two cherished, iconic brands being used willy-nilly to develop crossovers, electric vehicles and other sub-brands within their own company. The C8 Corvette was revealed earlier this year and quite frankly it’s stunning. It’s one of the best-looking cars I’ve seen from GM in a very long time. Giving it a mid-engine was revolutionary for the Corvette brand. I haven’t driven one yet, but I look forward to it. Generally, the reviews have been overwhelmingly positive and the 2020 Corvette is a Car of the Year finalist, and I believe it will win that award.

From a business end, and let’s be honest the automotive industry is all about business, it makes financial sense to capitalize on such success. The Mustang, when you include merchandising, licensing and the car’s total sales numbers, is worth tens of billions to the Ford Motor Company, if not more. Equally, the Corvette is worth between $7 and $12 billion to GM, according financial analyst Adam Jonas, who was cited in the CNBC article. Parlaying that kind of value and name recognition could spawn an entire sub-brand of vehicles for Ford and GM. So it make some sense.

That being said, Mustang sales figures have been on the decline since 2015 when Ford sold 122,349. That same year GM only sold 33,329 Vettes. Sales for the Corvette have dropped every year since then too. This is indicative of the changing consumer attitude, where splurging on a more impractical is less of a priority. Rather, when today’s consumer splurges, it’s on a truck or SUV instead of an impractical “mid-life crisis” car. But, these declining numbers don’t mean that the Mustang or Corvette will stop being produced. 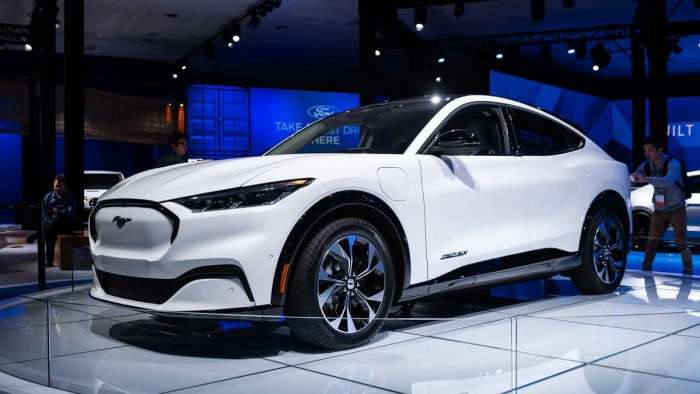 The Mustang and the Corvette will live on - but in what capacity?
Both GM and Ford have gone on record to continue their current iterations. But, Ford has dipped its toe, so to speak, in creating an off-shoot brand for the Mustang. Strapping the Mustang saddle onto a crossover seems gutsy and controversial. Maybe, just maybe, Ford is onto something. Will it stop at the Mach E or will we see a Mustang Ford Explorer, as is one rumor floating around?

Maybe GM jumps on board too and decides a Corvette crossover is needed. Creating these sub-brands might be good for the long-term viability of the brands and of the car makers, but it will take a lot of adjustment from the fans of these iconic brands. Some will get on board and some will protest. Me, I'm still in the protest stage>

See you in my next story where I am discussing Ford vs Chevrolet rivalry and how it has created great cars and trucks over the years.

Dean Ricci wrote on December 14, 2019 - 12:00pm Permalink
Since the introduction of this "Mach E", orders for the vehicle have been dismal at best. This vehicle is not popular and will not be a long term member of the Mustang stable, let alone being a "sub brand" for Ford. Ford has already nixed the idea that Mustang will become its own brand. Until Solid State Batteries are a real thing and can deliver on their promise of 4 minute charging times for 1000 miles to a charge, Ford is just chasing a dream.
TS wrote on December 16, 2019 - 3:38pm Permalink
What source tells you that Mach E orders have been dismal? Especially since Ford management has not disclosed (even to employees) how many reservations they have.
Dean Ricci wrote on December 26, 2019 - 11:42pm Permalink
Insider information tells me orders stalled under 10,000. The only orders maxed out were for the 1st Edition, which were only 1,000 units to be built.
Marc Stern wrote on December 14, 2019 - 2:16pm Permalink
Jimmy, one question about the downturn in Vette and Stang sales which peaked about four years ago: could it be that much of the market for those vehicles is also "aging out?" They are getting a tad older and really want more comfort (SUVs do offer more than sportscars, after all). As one of those "aging" folks, it strikes me that this would also offer a good reason for the downturn in sales and that is why Ford is reaching out to new markets with subbranding. I hear that Bronco may also be subbranding, even before it begins marketing.
Jimmy Dinsmore wrote on December 16, 2019 - 7:56am Permalink
Definitely the aging consumer of these iconic cars plays into it. I was told by a Ford insider that the Mach E was intended for a different consumer (i.e. a younger consumer). So perhaps the typical Mustangers finding the Mach E repellent is exactly what FOrd wanted.
DeanMcManis wrote on December 14, 2019 - 3:25pm Permalink
I mentioned in your other article on this that years ago someone at Chevy had also wanted to leverage the Corvette brand into a separate model line-up, and happily Mary Barra discounted rumors about Chevy doing the same with the Corvette. She said: “I think you have to be really careful because you have to understand what makes the brand the brand,” Barra said. “So I’m not gong to say never, but I think if General Motors were to ever do anything, we would assess it very, very carefully.” Barra, who is a great fan of the Corvette, understands that spreading the Corvette brand name to non-sports/performance car models would hurt the Corvette's image more than it would make other unrelated vehicles popular.
Jimmy Dinsmore wrote on December 17, 2019 - 8:35am Permalink
Don't you think the same applies to Mustang? Will it help or hurt the brand?
no one wrote on December 22, 2019 - 12:36am Permalink
A lot of levels of suck overlapping things. Brand expansion might be tolerable. -does Ford consider their interest base so shallow they couldn't relate to heritage another way? Model E, even Edsel, maybe Thunderbird, or find a new name? -is GM also that dumb? (stupid question). -a Vette brand: rebirth the Impala name as the performance crossover. a 4-door car would need to redeem Corvair, definitely. -real Muscle crossovers would be accepted well. -the EV car hype seems to often be shallow. Any wow performance clickbait really only highlights the reluctance/cheapness of GM/Ford to make AWD with their best power. -the wedding of phone-zombie techies to the BEV idea is arbitrary. Two independent developments. People I'd expect otherwise might find the business side of electric drive just as distasteful as tradition propulsion. -Those people being sold on sports/performance getting a car that reduces engagement, is less visceral, weaker on continuous high draw/track/towing. Ironically choosing more tradition luxury values. -Maybe luxury values is really just buying status symbols. The car business is more truly noble when they cultivate enthusiasm. -Wall Street playing shameless pimp for the money nobility, as usual, sucks as usual.

Tsingshan's Threat to Tesla: EV Maker Is In Battery Crosshairs
Tesla-Funded Research Reveals One of The Biggest Mysteries of EV Battery
END_OF_DOCUMENT_TOKEN_TO_BE_REPLACED