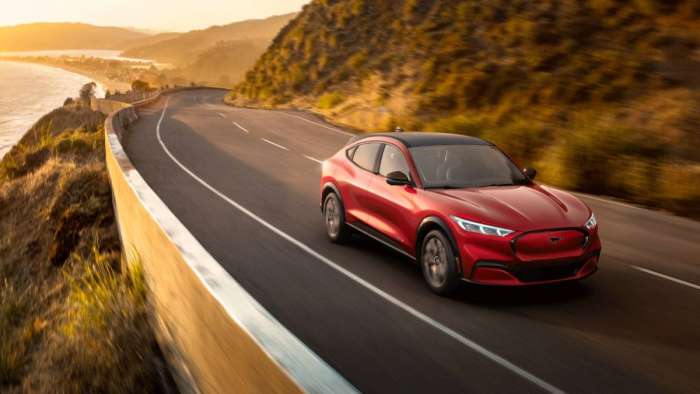 What’s in a name? If it’s the Mustang Mach E, there’s a lot in the name

There’s been a lot of chatter about Ford Motor Company’s surprise unveiling two weeks ago at the Los Angeles Auto Show. Yes, we all knew Ford was working up an electrified vehicle and that it was going to be “Mustang inspired”.

It was exciting to think that the Ford Motor Company might create a rival to Tesla’s Model X. But when the curtain was pulled and Ford revealed that their all-electric crossover was not just Mustang-inspired but a full-fledged Mustang, there were gasps. Mustang enthusiasts felt duped. And the shockwaves amongst the Mustang enthusiasts hasn’t really quieted down since. With that legendary Mustang emblem emblazoned on the front of a four-door all-electric crossover, many Mustang enthusiasts got their noses bent out of shape. I was one of them. I even started a petition on Change.org to have the name removed. It has nearly 14,000 signatures and got some national press coverage about our dissent.

The petition is largely symbolic and likely won’t change things. The dye, and the pony logo, is cast. But we can at least let Ford hear our voices and know that we aren’t happy.

Why Are Mustang Enthusiasts Outraged Over the Name?
It’s just a name, right? Those old timers just can’t handle change. Sorry, Boomers. Frankly, those who dismiss the Mustangers’ outrage just don’t have an appreciation for what that car and that logo means to them. And the worst one to just trample over their customers’ feelings was the Ford Motor Company. Mach 1 owner and Mustang enthusiast Nick Cavanaugh told me: “Regardless of the Mach E’s performance, this crossover or any crossover for that matter, cannot and will not ever truly parallel the Mustang’s heritage no matter what emblem you slap on it.”

In the Change.org petition, the wording from Lee Iacocca regarding the intent of the Mustang resonates: “The Mustang is a wild horse, not a domesticated racer.” That’s why the logo, the same logo that’s been on every Ford Mustang since its beginning in April 1964, was designed to run to the left. Against the grain. Is there anything more with the grain than a crossover? That’s really the rub against the Mach E. Crossovers are bland (even electrified ones) and should not be linked to a historic and iconic nameplate such as the Mustang. The styling of the Mach E is attractive and exciting, no question.

But it’s still a crossover. Cavanaugh, who is founder of the website All Roads Lead to The Motor City said, “It’s not the Mach E I have issue with. Where I take offense is using the Mustang name on a crossover.”

A Ford insider told me that there’s a lot of internal dissent at Ford Motor Company over the use of the name. I’m sure the decision wasn’t taken lightly. In fact, that same insider told me “95% of Mustang nation agrees with you, but Ford isn’t targeting current Mustang owners with that car. They want different customers.” What this translates to is that Ford wants younger buyers.

The electrification of the Mustang
It’s not so much the electrification that has long-time Mustangers annoyed. In fact many, myself included, would enjoy driving a true electric Mustang. A rear-wheel drive pony car that was full of torque and still handled like a Mustang would be a blast. Even some of the Mustang curmudgeons would relent that such a pony car would be fun. Even Cavanaugh agrees that an electrified Mustang would be fine. “I would certainly welcome an electrified Mustang in the form of the 2+2 traditional configuration. I’ve noticed that’s where people who embrace the Mach E and I have this disconnect. I can’t reiterate this enough: the issue that myself and countless Mustang enthusiasts have isn’t with the Mach e, it isn’t that it’s electric, it’s Ford’s decision to put the Mustang name and pony on a 4-door crossover.”

Will the Mustang become its own nameplate?
If you can believe the rumors, then yes, this likely won’t be the only non-pony car to get a Mustang name and badge on it. In fact, Ford’s head of European design, Murat Gueler said: “We’ve talked about a Mustang family.” So will we see a Mustang Explorer? Or a Mustang F-150? Murat said, “We don’t want to take the Russian doll approach where you can’t tell them apart other than the size of the car.”

I look at it as how Porsche helped expand their base by launching crossovers. This was considered blasphemy by many Porsche enthusiasts, but it’s helped keep the brand alive. With Mustang sales declining each year since 2015, perhaps this is Ford Motor Company helping to breathe some life into the legendary name and prolong its life. If you extend the Porsche theory as I’ve heard some Ford insiders’ reference, it isn’t an apples to apples comparison.

Porsche did not put the 911 name on their SUVs. They came up with new names. When Porsche introduced the Cayenne, they didn’t slap a 911 badge on it or even say “inspired by the 911”. Seeing the Mustang name on a crossover is hard to swallow. It would be even harder if it were on an Explorer or Edge or F-150. I don’t expect Ford to go that far. At least I hope not.

Could the Mustang Mach E challenge Tesla?
There’s no argument that Ford should challenge Tesla and not concede the electrified SUV/crossover to the Silicon Valley carmaker. Here’s what Ford should have done. They already own the naming rights to the Model E. Ford did this to stick it to Tesla.

So with the history of the Model A and the Model T sealed into automotive history the next logical step and an easy marketing step would’ve been to unveil the new Ford Model E, the next step in Ford’s future. But they didn’t. By putting the Mustang badge on this electrified Tesla killer, they hedged their bet. They are hoping to capitalize on the historic name while still challenging Tesla. With all the bad publicity Ford has gotten over the name, it remains to be seen if they will succeed.

However, to be clear, myself and every Mustang enthusiast want the Mach E to succeed. We just don’t want the Mustang name or logo used in order to be successful. It didn’t have to be this way. By the way, also take a look at John Goreham's story titled "Ford's New Mach-e Has Every Formerly-Unique Tesla Model Y Feature And One Huge Advantage."

See you in my next story where I am discussing how the Ford F-150 pickup truck is going retro. Also, see my recent story about the 2021 Ford Mach 1 replacing Mustang Bullitt and comparing Mach 1 to Mach-E.