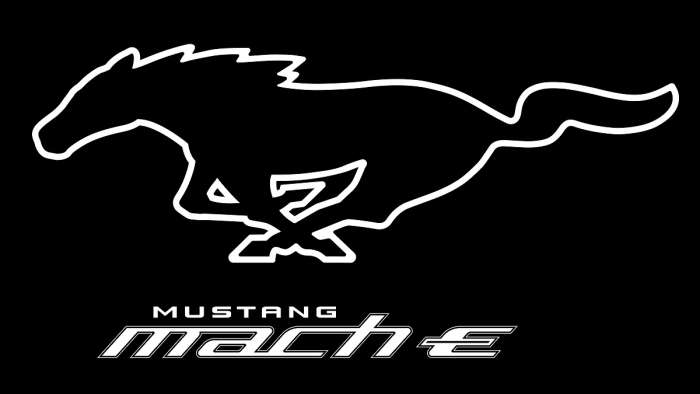 Imagine if the world's most experienced, most entrenched automaker with a century-long legacy of delivering products on time and under budget decided to copy Tesla's formula. Or just look at the new Ford Mustang Mach-e.
Advertisement

Shortly after Ford released the game-changing Mustang every major automaker who wanted one had a model very similar. Notably Chevy and Pontiac. Copying a successful formula is as American as apple pie. Tesla is about to find out the hard way that what it considered its unique pumpkin spice sauce is about to be sold at Walmart.

Mustang Mach-e
If you can't possibly imagine an all-electric, four-door crossover Mustang, log off of the world wide web now and go back to your gardening. Ford's newest crossover is a member of the expanding Mustang family and it looks like a Tesla Model Y built by Ford. Yes, the new Mustang Mach-e is a compact crossover and instead of doing a stupid thing, like copying a sedan model when nobody really wants a sedan, Ford copied Tesla's upcoming Model Y. It may even beat it to market. Which would technically mean Tesla copied Ford's design. That possibility has us chuckling. "Hey, look a frunk on that Mach-e. Tesla should put one in its Model Y, it's a good idea." 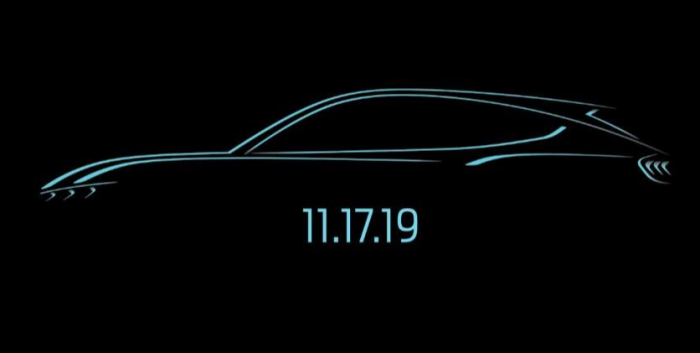 Ford Mach-e Specs vs Model Y
The official Mustang Mach-e specs will be released in about a day or two. The Ford will have range in the 300-mile ballpark depending upon trim. It will have zero to sixty MPH times from roughly mid-5s to roughly mid-3s. Nobody needs a faster crossover than that. There is no place to put that performance to use in the real world.

Ford Mach-e - Over The Air Updates
Every automaker can provide over the air updates. Now. Today. Thinking that Ford could not choose to do it with its upcoming Mach-e is silly. Acura did an OTA update last week to add more infotainment options. It's old tech now.

Ford Assisted Driving and Active Safety
Ford's Mach-e will have active safety and driver-assist systems like lane-centering, auto-braking, full adaptive cruise with stop-start and traffic assist. Will it park your car for you? Ford has had technology that can auto-park cars since before Tesla had cars.

Pricing - Model Y vs. Ford Mach-e
The Ford Mach-e will undercut Tesla's Model Y pricing across the board on comparable trims. Ford has plenty of time left on its full $7,500 federal tax credit program. Tesla's tax credit ends in six weeks. After the federal tax deduction, state rebates in EV-target states, and after dealer discounts expect Mach-e base trims to cost customers about 25% less than an entry-level Tesla Model Y. If Tesla even builds any entry-level trims.

Ford's One Big Advantage - Being Big
Tesla names its production facilities gigafactories to imply they are big. The largest automotive plant in the U.S. is Ford's plant in Missouri. It has dozens more all over the country and hundreds of facilities all over the planet. Ford's supplier and dealer networks are the largest on the planet, rivaled only by Toyota and GM in the U.S. Should Ford turn its full attention to producing a modern third-generation EV, which is what the Mach-e looks to be, it will have the mightiest economy of scale in the industry to flex. One last fun tidbit. The Mach-e is going to launch in both the U.S. and China.

How do we know all of this? Not from Ford. We declined the embargoed release party due to travel conflicts. We have not seen any proprietary Ford-supplied information. We have not broken any promises to anyone at Ford. Be patient. Check back on Monday morning for more images, details and Tesla Model Y comparisons. Ford is now accepting pre-orders for the Mach-e.

DeanMcManis wrote on November 15, 2019 - 9:25pm Permalink
First off, the world hating sedans is a big con job. It is all of the automobile company's marketing resources focused on turning the public's attention and attraction to SUVs and crossovers. It is that all buyers suddenly need more interior space? Nope. But larger vehicles translate to larger profits per vehicle, and frankly the U.S. has always had a tough time making money or being competitive building smaller, economical cars. So for now they have pretty much given up on them. Or in the case of Ford, they have shifted their Focus (joke) to more profitable vehicles that are reliable and cheap to operate like economy cars, but are quiet and powerful like performance/luxury cars. Meaning EVs. It is interesting that you are so confident that Ford's Mustang (I just don't like the Mustang name on a SUV) Mach-E will have all of these features and capabilities, even before the details of the Mach-E have been announced. Did you get a sneak-peek at the Mach-E? Because the Model Y prototypes have been shown worldwide, and essentially it is just a CUV version of the VERY successful Model 3. So even though we have a very good idea of the style, features, price, and capabilities of the upcoming Model Y, the Mach-E is still mostly unknown. Sure, Ford is big, and they have vast resources, and talented engineers and designers. Plus they have EV experience gained through their Energi PHEVs and compliance EVs of the near past. So I have zero doubt that Ford (can) build a superior crossover EV. The BIG question is will they? Like GM and Chrysler, Ford makes most of their profits today off of trucks and SUVs, and like those other American brands, they have divided loyalties. Up until now their advertising, marketing and dealership support for EVs have been minimal to poor. Even when GM designed and built great EVs with the Volt and the Bolt, those EV support teams were nearly non-existent. Ford was perhaps better in the fact that they didn't cut their PHEVs before first replacing them with similar BEV models. Tesla on the other hand doesn't have any such core conflicts, so they proceeded to design, build, and improve their EV models steadily over the years. I think that your EV crossover comparison is just a series of educated guesses (all in Ford's favor). We really need to wait until a year or two AFTER the Mach-E is first being sold in dealerships. Not just a mystery announcement with rumors. Until then the idea of matching features and capabilities to the Tesla Model Y are simply hopeful wishes. Well, I also hope that you are right on all counts. I am a Ford fan, and I loved the Mustang that I used to own. But so far, the only American automaker that has whole-heartedly supported EVs without fail has been Tesla. Without Tesla, there probably would never have been a Taycan or, Bolt, or Mach-E. And I have always said that nothing breeds innovation like competition. So I hope that Ford brings their A-game, and follows up with real support for EVs moving forward. I can't wait to see and drive the new Mach-E, even if I have trouble calling it a Mustang.
Steve wrote on November 16, 2019 - 11:27am Permalink
What Ford doesn't have is access to a super fast charging network with thousands of chargers right by the highway exits for road trips. Ford's will use CCS charging, and while those chargers are getting built out, there still aren't many really high-powered ones (150KW) right by highways. I regularly drive Boston to Houlton, Maine and CCS chargers along I-95 are nonexistent in Maine and New Hampshire, but Tesla has about 8 along my drive. I can do the drive in 6 1/2 hours in a Tesla versus 6 1/4 hours in a gas car. A Chevy Bolt or other CCS car is out of luck and right now has to use slower chargers at a few auto dealers or supermarkets along the way, but away from the highway, taking about 10 to 12 hours for the same drive. Maybe someday the CCS-charged cars will catch up, but right now it's no contest.
DeanMcManis wrote on November 17, 2019 - 12:19am Permalink
You make a totally valid point that Tesla currently has a superior, established, and widespread fast charging network that supports all Tesla vehicles. But even though nearly all EV owners will have the need to travel more than 250-300 miles in a single day from time to time, most do not need to make such long journeys regularly or even very often. So even though it is comforting to know that you have superchargers conveniently all across the country/world, most EV owners charge up at home and drive well under 100 miles each day. This was a real issue for earlier EVs with a limited 50-80 mile range, but not so much with the extended 200+ mile ranges of newer EVs (for most people).