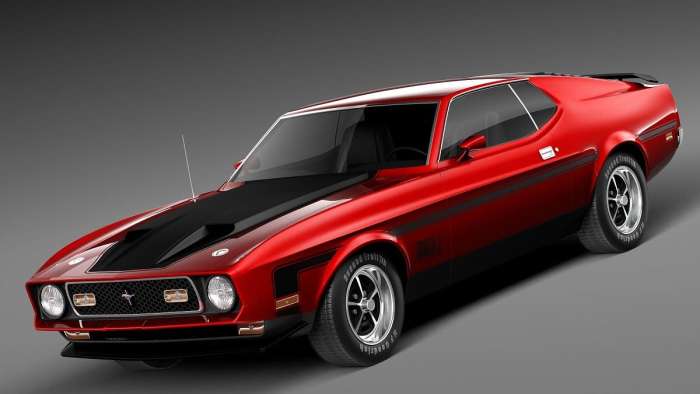 I have already let my feelings be known about Ford’s use of the Mustang name and logo on their electrified crossover the Mach E, but something good that might have spawned from this otherwise bad decision is that Ford will be launching a Mustang Mach 1 for the 2021 model year. A source has confirmed that this is not a rumor, but a fact as the Mustang Mach 1 will replace the Bullitt as the niche performance vehicle in the Mustang lineup.

Ford will stop production on the Bullitt after the 2020 model year.

Other than a similar name, there is little comparison between these two vehicles. Ford was supposed to call the Mach E the Mach 1, but got weak kneed and decided to put the Mustang name and logo on the Mach E instead. While the Mach E is an all-electric crossover with four-wheel drive availability, the Mustang Mach 1 should carry on that performance nameplate’s tradition of having plenty of power and a V8 engine to boot from a rear-wheel drive pony car. If this new Mach 1 will be anything like the Mustang GT, then we are in for plenty of horsepower. The question is, will the Mach 1 get to the 500-horsepower plateau? 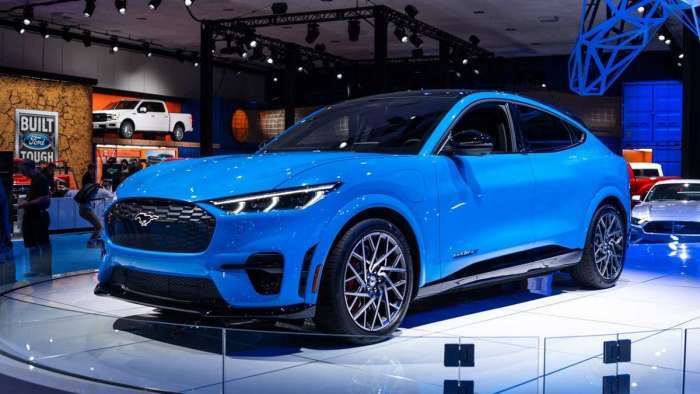 The Mustang GT with its 5.0-liter V8 engine gets 460 horsepower. So I would expect the Mach 1 to challenge that number, although nothing is confirmed yet. But since this is intended to replace the Bullitt, which gets 480 horsepower from its 5.0, you can expect a lot of performance. The new Mach 1 is expected to share the much of the same performance setup as the Shelby GT350 and will likely contain the Performance Pack Level 2 as well. So you can expect high performance from this Mach 1. And I’m sure there will be a manual transmission from this rear-wheel drive high-performance pony car.

Will Ford put an Ecoboost engine as an option? Maybe. I wouldn’t be shocked, but to stay true to the Mach 1’s rich performance history, they won’t sell many if they do. And please, Ford, leave the electrification to the Mach E, and don’t try to electrify the Mach 1 although, I fully admit that would be a wild ride.

The Mustang Mach 1 was introduced by Ford Motor Company in the fall of 1968 as a 1969 model year. 1969 was a culminating year for Ford in regards to high-performance Mustangs. Ford, reacting to the performance cars being produced by competitors at the time came out with several Mustang variants all with high-performance engines. The first-generation Mach 1 was 1969 to 1970. It had a 351 V8 Windsor engine with a three-speed manual transmission (standard).

The Cobra Jet engine was an option for the Mach 1 too. From 1971-1973 the Mach 1 received a facelift and a longer hood and a the sportsroof styling. When Ford launched the Mustang II (the second generation of the Mustang), the Mach 1 also jumped to that longer, bigger style.

The third generation Mustang Mach 1, on the Mustang II platform continued until 1978. The Mach 1 was eliminated from the Mustang family at this point with the introduction of the Fox Body platform. It wasn’t until 2003 that the Mach 1 made a triumphant return to the Mustang stable. The 2003 Mach 1 was a direct result of the excitement generated from the 2001 special edition retro Bullitt Mustang (named after the Steve McQueen movie). Ford saw value in the performance and niche market again and revived the Mach 1 name for two more model years.

It’s funny how things have come full circle, in a way as Ford will once again bring back the highly-respected Mach 1 nameplate to appease a crowd of Mustang enthusiasts who might’ve otherwise been frustrated with the direction Ford has been taking, especially in light of the Mustang Mach E launch. It’s nice to see that Ford has not given up on high-performance V8 pony cars. Mustang heritage lives on in the 2021 Mach 1. We will be anxiously awaiting full production details and specs and maybe a sneak peak sometime in the spring of 2020.

See you in my next story discussing how Ford makes buying the 2020 Explorer and Edge more appealing through a special experience.