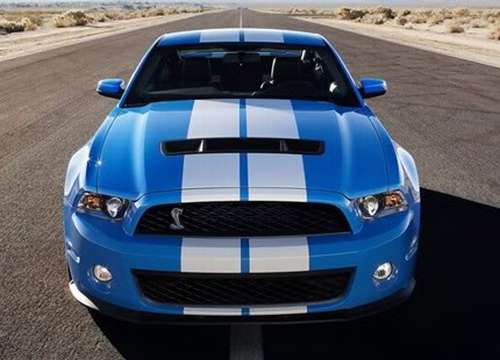 2014 Ford Mustang: Lighter and faster, a pony car the whole world can enjoy

Rumors are exploding all over the internet about the future of the Mustang and the new model coming out in 2014. If true, we are going to see the Mustang dragged kicking and screaming to the tastes of the world.
Advertisement

When you look at a comparison in just about any magazine, you will see that the Mustang almost always beats the Camaro and the Challenger in terms of speed and handling. The reason is simple: It's hundreds of pounds lighter than both of them. It doesn't matter that the Mustang has the smallest, least powerful engine, or the rear suspension from an ox-cart, it simply out performs it's brethren.

Small and light is all relative because if you were to take each generation Mustang from the past 50 years and put them together, you will be gob-smacked at how big and bloated the Mustang has become. The Mustang name is famous the world over, but its weight and suspension has kept it from being sold overseas. With Ford wanting to become a global company with global products, keeping a fat Mustang stateside-only is no longer an option. It must create a Mustang that the whole world will love.

Ford is apparently taking drastic steps for the 50th anniversary of the famous pony car. Rumors suggest a physically smaller car that is several hundred pounds lighter than the current model. This will not only increase acceleration and handling, but also increase fuel efficiency. We can all agree that this is a good thing.

The second thing to change, however, would be the live-axle rear end that is basically a stick with two wheels at each end, similar to a chariot. The advantages are that it's very strong and cheap, the disadvantage is that it's not as plush and doesn't grip the road in turns or bumps as well as an independent rear suspension. In just about every form of auto racing where both left AND right turns are used, the cars will have independent rear suspensions.

Drag racing is a big part of American culture, especially the culture of the Mustang, and a live-axle is the axle of choice in this sport. Here, understandably, people would be upset. If the car is destined to be sold, the drag racers will have to be left disappointed initially (I say initially because live-axles will quickly be retrofitted into these cars for drag racing use. When that happens, nobody will make a big stink about it anymore.)
If you've ever driven in Europe you'll noticed that there is hardly a straight road in the entire continent. The roads are as twisty as a garden vine and change elevation constantly. These types of roads frown upon heavy, lumbering cars. Small and light are what people here want, which is why although the Mustang name is famous, few people have bought one.

Expect other European tastes to make their way into the Mustang. European cars generally have a much higher quality interior than their American counterparts. Less plastic and much better fit and finish are very important to European tastes. This is something we can definitely learn enjoy as well in North America.

Regarding power-plants, rumors are also floating around about Ford adding another engine to the current 3.7 liter v6 and the 5.0 v8 lineup, namely a turbocharged 4 cylinder. If you think that's blasphemy, you'd be wrong, since in 1984-1986 a high performance version of the Mustang called the SVO was introduced to take on the non-911 Porsches that were coming into this country. A 300hp turbocharged four cylinder in a light weight Mustang with a high quality interior? Yes please, but only after I have a v8 version in the garage.