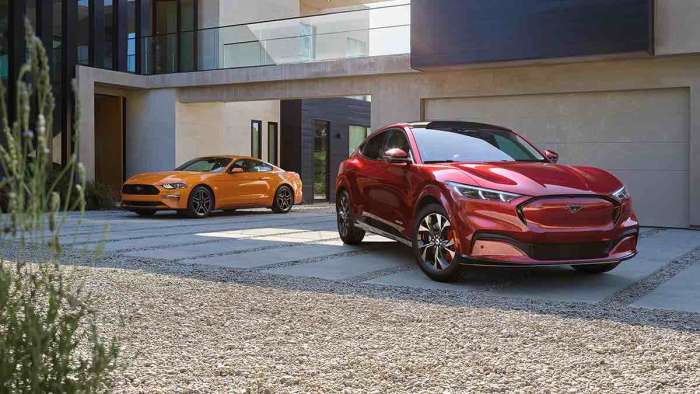 First edition order numbers tell us a little more about Ford’s Mustang Mach-E and who is and isn’t buying it. While details and numbers are all unconfirmed there appears to be a small consumer base for Ford’s all-electric Mustang crossover.
Advertisement

Ford has played coy about the number of pre-orders for the Mustang Mach-E. You know the Mach-E. We’ve written about it a lot over the last couple of months. There’s been some love and a lot of hate toward this revolutionary electric car. Ford has capitalized on all that publicity, including petitions, forum banter and even the outright banning of the Mach-E from some national Mustang clubs. There is one Mach-E club already formed for those who have embraced this electric crossover.

How Well is the Mustang Mach-E Selling?
Just today, Ford released some numbers giving us insight into this vehicle's sales numbers. Ford is proclaiming First Edition Mach-E reservations are sold out but won’t disclose how many that means. I have a source inside Ford, who off the record, told me that that the First Editions accounted for only 1,000 units. So those being sold out is not that impressive.

Additionally, that same source told me that so far less than 10,000 reservations have been purchased overall for the Mach-E. This number represents about one fifth of the vehicles current production capabilities. And if that 10,000 number is accurate, it surely is a little low and disappointing for executives inside the Blue Oval.

What We Know About Who Has Bought The Mach-E
According to Ford, Carbonized Gray is the most popular color choice with 38 percent choosing it, with Grabber Blue Metallic 35 percent and Rapid Red 27 percent. There is no question that Mach-E has some attractive colors and good styling. Design has never been criticized regarding the Mach-E.

Also according to Ford, 80 percent of U.S. customers are reserving Mach-E with an Extended Range Battery. This also makes sense as range anxiety is a real concern for many, as electrification is still in the infancy stage. A nervous, but enthusiastic electric-car buyer would likely want as much range as possible.

What’s also not surprising is that 55 percent of those who have reserved a Mach-E are opting for all-wheel drive. I’ve always been an all-wheel drive snob, and certainly within the Midwest, with less-than-predictable road conditions, AWD gives a little more peace of mind. Yes it’s still hard to grasp a vehicle named Mustang offered as anything but rear-wheel drive, but clearly these buyers prefer AWD.

30 percent of the U.S. Mach-E customers are choosing the performance-focused Mach-E GT. Electrified vehicles have crazy amounts of torque, so Ford being such a performance-driven company with loyal performance enthusiast, the 30 percent number does not surprise me. Truth be told, were I to order a Mach-E, I’d opt for the GT version as well.

In the least shocking stat that Ford offered up, more than 25 percent of all reservations are coming from the State of California. The Golden State is an early adopter when it comes to low-emission vehicles. Additionally their grid is further along to support electric vehicle charging and the overall population is more on board with electrification. 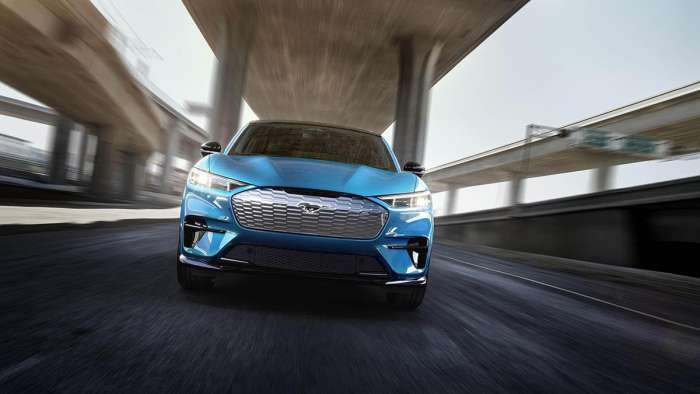 Honestly, I thought it’d be even higher than 25 percent. What I’d want to know is how many in the Midwest have ordered the Mach E. Outside of Dearborn and Ford World Headquarters, I’d be very curious to know who in the Midwest has put down their hard-earned money to order up a Mach-E.

While I appreciate Ford releasing some numbers regarding the controversial and much talked-about Mustang Mach-E, I’d rather have full transparency in the numbers. Ford has a lot riding on the success of this vehicle and I’d dare to say some executives’ jobs hang in the balance of this vehicle’s success.

See you in my next story discussing what we should expect from Ford in 2020 and what are the top highlights including the return of the Ford Bronco, Mustang Mach-E and possibly an electric F-150 truck.