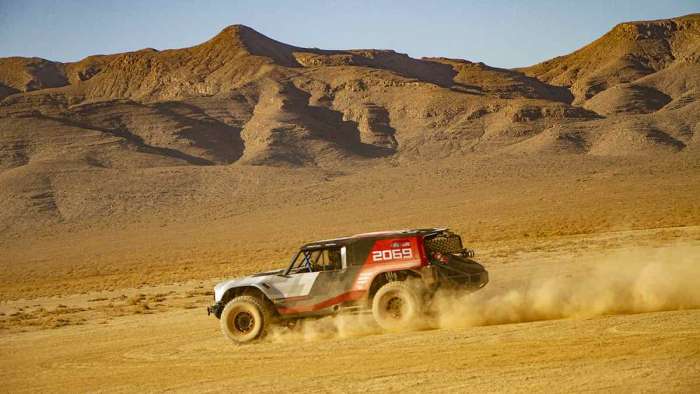 2020 Looks To Be a Foundational Year for Ford Motor Company

Between a new Ford Bronco, an electrified F-150, the Mustang Mach-E and the possible end of the Mustang pony car, 2020 will be a significantly important year at the Blue Oval. What does a new year and a new decade look like for the Ford Motor Company?
Advertisement

As the ball drops and we ring in a new year and a new decade, 2020 is shaping up to be a very important year for Ford Motor Company. Between the relaunch of the Bronco, the offshoot sub-brand Mustang Mach-E and the electrification future, Ford has a lot to look forward to in this new year. Likewise, it’s an important time financially for Ford as their stock continues to struggle to gain traction, despite paying dividends and despite the company continuing to be profitable.

Thus, Ford has a lot on the line going forward. Here are some of the biggest things to look forward to in 2020 for Ford.

The Return of the Ford Bronco
Few things have garnered more excitement and buzz than talk of a new Ford Bronco. Rumors had swirled for years that Ford would bring back this iconic all-terrain ute. It’s happening! We expect for the Bronco to be officially unveiled sometime in early 2020, perhaps at the New York Auto Show or in June at the North American International Auto Show.

The new 2020 Ford Bronco will share the platform with the Ford Ranger, another brand that Ford revived just two model years ago. Whether or not it will get the same 2.3-liter Ecoboost engine as the Ranger remains to be seen. Also, Ford has been tight-lipped about whether the Bronco will have a two-door variant. The anticipation is killing all of us. Come on already Ford, we want our new Bronco.

This battle looms large for 2020 and it’s good for the industry. Ford F-150 is the leader in trucks, and Tesla setting their sights on the leader is smart. Ford not backing down from Elon Musk’s bravado is a good thing too. I have full faith that Ford will execute things well with the electrified F-150.

The brand is too important to them. What they will have to do more than anything is convince a skeptical truck-buying consumer why an electrified pickup truck is needed or how it would be superior to a diesel or gasoline-based one. That might be a tougher sell for Ford than anything.

Personally, I am watching this one closely as I think this, more than anything, is a significant part of Ford’s future.

What Will Happen to the Mustang?
I’ve written about the Mustang a lot. And certainly in the fall, Ford foundationally changed the Mustang brand with the launch of the all-electric Mustang Mach-E. It’s a love/hate thing for this electric crossover when it comes to Ford fans, but, like it or not, electrification is at the core of Ford’s future. Just look at their $500 million investment with Rivian. However, what does this mean for the Mustang pony car?

We have been told, unequivocally that the Mustang as we know it is not going away. And there will be an electrified Mustang pony car too. This would be a car I would lose my mind over. The torque and performance would be transformational for the Mustang brand.

I’ll go so far as to say as an electrified Mustang pony car will be make or break for the Mustang as we know and love it. As is, the Mustang remains Ford’s last car in their stable. As Ford transitions to an all truck and SUV-based platform, you have to wonder and worry if the Mustang as a pony car will not be around in 10 years when we ring in another decade. I truly hope that’s not the case. At best, the future of the muscle car looks murky.

Let’s just hope it doesn’t hinge on the success of the Mach-E, as I believe that crossover will not be a significant player in Ford’s future. I hope I’m wrong on all accounts. But for 2020, the Mach-E news and updates won’t stop. This vehicle has a lot riding on it, including possibly many Ford executives’ jobs.

Tsingshan's Threat to Tesla: EV Maker Is In Battery Crosshairs
Tesla-Funded Research Reveals One of The Biggest Mysteries of EV Battery
END_OF_DOCUMENT_TOKEN_TO_BE_REPLACED