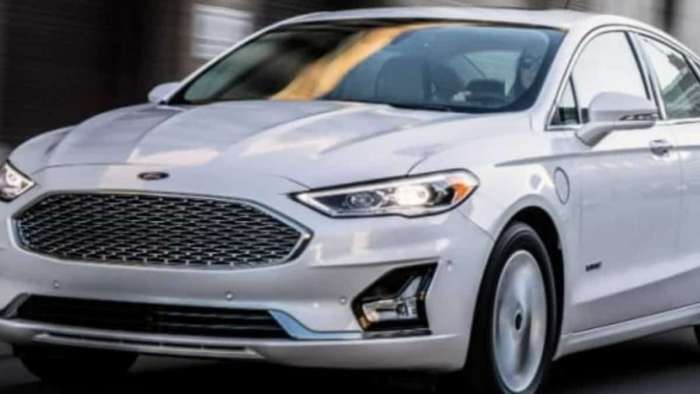 Once the line gets up and moving at the Hermosillo, Mexico plant, an era will end for the Ford Motor Co. On July 21, or thereabouts, the last retail Ford Fusion and the last general passenger car from the automaker will roll down the line.
Advertisement

The end of an era is coming to Ford. It's not that we haven't noted it at Torque News, but we put it out of our minds as we pursued various leads about Ford F-150s for our readers.

Yet, here it is! Within weeks – just weeks – except for the Mustang, Ford will no longer make any passenger cars in North America.

Like the Do Do Bird and passenger pigeon (two bird species that did exist), the lone remaining general passenger car in Ford's domestic lineup, Fusion, will be headed off into the land where discontinued models go.

As we read the Ford Authority's notes this week, Torque News learned that the final police pursuit Fusion would roll off the assembly line on June 5. We also learned from Torque News Reporter Jimmy Dinsmore that production is set to start on May 18.

And, July 21 is a momentous day for the car line. On the 21st, And on July 21, Ford plans to roll the final retail Fusion off the line at the Hermosillo production plant. July is also the time when you can restart ordering says another Jimmy Dinsmore story here.

Ford Era May End With A *

Perhaps there should be a star like this * after the ending dates. Why may you ask? It is because the COVID-19 pandemic could cause production to slip at the site.

As the Ford Authority notes – and we agree – the Fusion could receive a short extension due to delays caused by the virus. Indeed, everything right now is gated by the assembly line's restart. At the moment, Hermosillo's planned reopening date is Monday.

Many times when a model line goes away, its name is put back into the manufacturer's archives in case they want to bring it out again a few years later. A prime example of that is the Bronco. The Bronco was in production continuously from 1965 to 1996.

At first, the two-door Bronco was a compact-sized light truck that competed with the Jeep CJ-5. Within a few years, the Bronco became a full-sized two-door SUV. It shared the platform of the Ford F-100/150 pickup line.

With the 1996 model year, Ford found that the market for two-door SUVs was drying up and so it halted production, and the Bronco disappeared. Plans now call for the Bronco line to make its appearance in September. Two models will make up the line almost from its introduction.

But, what about the Fusion name, is it set to drive off into the sunset when its production ends in July?

No, not at this time anyway, you see, there is a new Fusion in Ford's future. The manufacturer plans to build a new crossover with the Fusion name. The new model will be more station-wagon style than today's sedan passenger model.

In an early spy shot that I had a chance to view the test mule version of the Fusion seems much more rounded than today's model.

A rounded area that extends from the A-pillar to the rear end, the crossover piece, sets it off from today's model Fusion.

In looking for an analog to describe the new model, Audi's A3 comes to mind as does the Subaru Outback.

Looking through the current or upcoming Ford family of vehicles, perhaps the best crossover to compare it to is the new Puma. The Fusion has largish wheels for its size. It rides well off the ground.

The Motor Authority noted that the next-gen Ford Fusion crossover was a mashup of the Fusion and the future Ford Focus. As to when the new model will roll off the assembly line, the Ford Authority suggested several potential dates – as early as 2021or as late as 2023 – no one knows when the new model will appear. What is known is that the next-gen Fusion will be global like its Mondeo-based predecessor.

Tesla-Funded Research Reveals One of The Biggest Mysteries of EV Battery
Tesla Tesla Buyer Nets a Whopping $12,000 Discount After Asking for Reduction
END_OF_DOCUMENT_TOKEN_TO_BE_REPLACED