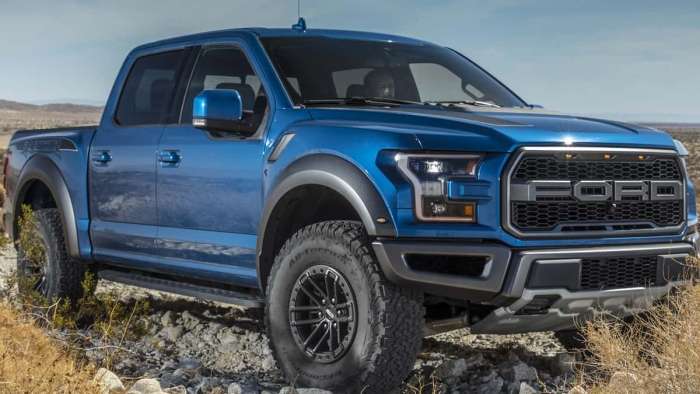 Ford has had some great intros this month. The Intros include the iconic Bronco series as well as the 14th generation Ford F-150. Well, there's still another intro that should interest off-roaders, the F-150 Raptor which is undergoing over-the-road testing. The test mule showed some interesting changes as my story points out.
Advertisement

There sure has been a ton of news about the Ford Bronco over the last several weeks, hasn’t there? Of course, you would have expected this because the Ford Bronco line and brand were the manufacturer’s most recent and most awaited event. Ford has had a whirlwind week. My colleague Jimmy Dinsmore presents the details.

Indeed, the Bronco is this summer’s big story from Ford. And, while Bronco has garnered the lion’s share of the media notice, there was another major news item out of Dearborn, as well, the debut of the 14th generation F-150, slated to go on sale as a 2021 truck, though it was introduced to the world just weeks ago. One of the Broncos that was introduced was the Bronco Sport that I wrote about here.

Importantly, Ford has another introduction upcoming in the next year or so, the Raptor. Introduced five years ago, the Raptor, a popular off-roader has some

In a significant change to the F-150 Raptor, the rear end will feature a coil-spring suspension setup. The editors of C&D saw a test mule of the upcoming Raptor going through its paces. They couldn’t help but notice and comment on the critical difference between the Raptor and its lesser Ford F-150 siblings.

Where the Raptor will have the coil-spring rear suspension, the standard F-150 will retain the leaf-springs.

Raptor Will Have Unique Suspension

Coil-springs allow a manufacturer to set up a suspension with progressive spring rates, and using a trailing four-link suspension with a Panhard rod setup for placement is fantastic for high-speed off-roading, as C&D explained it. It gives the wheels better travel and articulation and improves off-road handling.

RAM trucks have used this rear-suspension setup for the last 11 years or so.
As the editors of C&D noted, Ford is aware of the upcoming high-speed off-road competition from RAM (reports are that RAM will be offering 700-horsepower off-road capability). They hope that Ford will be competitive at high speed. Ford might use a version of its 5.0-liter V-8 engine – possibly the supercharged 5.2-liter V-8 from the GT500 – in the upcoming Raptor update.

Realistically, they know that Ford will likely use an upgraded version of its twin-turbo 3.5-liter V-6 as its standard engine, paired with the Ford 10-speed automatic transmission.

Generally, the 2021 F-150 will likely look pretty much like the current generation of trucks. The front and rear lights are standard F-150. The hoodline will be more aggressive with a blacked-out grille that you know is made by Ford.

Meantime, the Raptor’s stance will be higher than standard pickups as the wheels are larger than the standard wheels. The wheels use larger rubber that will likely average 32 to 35 inches. The rubber will be all-terrain. Large fender flares enclose the tire/wheel combo while skid plates protect the underbody.

Tsingshan's Threat to Tesla: EV Maker Is In Battery Crosshairs
Tesla-Funded Research Reveals One of The Biggest Mysteries of EV Battery
END_OF_DOCUMENT_TOKEN_TO_BE_REPLACED