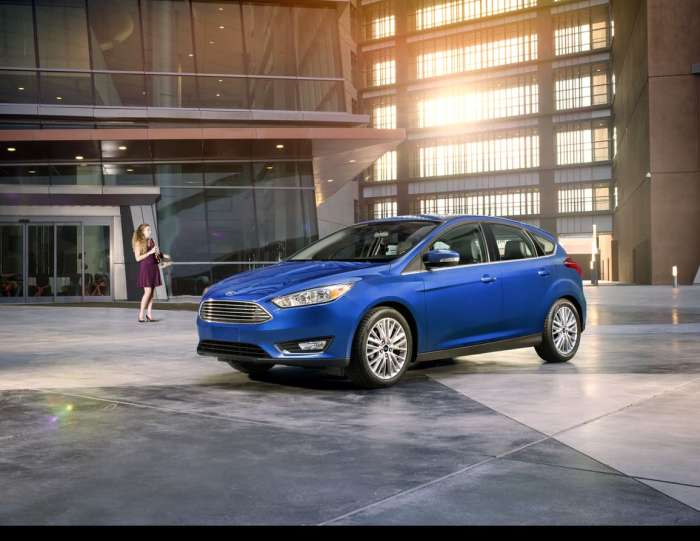 Why Ford is Recalling 1.5 Million Focuses

Ford is recalling 1.5 million of its Focus small cars, because of a problem with its plastic fuel tank could cause the engine to stall.
Advertisement

Ford Motor is recalling 1.5 million of its 2012-2018 Ford Focus compact vehicles because of a valve that can malfunction and cause the engine to stall. The recalled vehicles are equipped with the 2.0-liter GDI and 2.0-liter GTDI engines.

The recall comes at just as Ford is struggling to cut costs and revamp its vehicle line-up away from sedans into more crossover and utility vehicles.

What is Prompting the Recall

The recalled vehicles have a canister purge valve that can malfunction and stick open. If the valve does become stuck in the open position, it can cause too much vapor vacuum in the line. According to Ford, “Excessive vacuum in the fuel system could cause deformation of the vehicle’s plastic fuel tank. As a result, the customer could observe a malfunction indicator light or a fuel gauge with fluctuating or inaccurate fuel levels. This could lead to a stall while driving and/or an inability to restart the vehicle, which can increase the risk of a crash.”

Ford says it is not aware of any accidents, injuries or fires as a result of this condition.

How Dealers will Fix the Problem

It is important for drivers to know that they should maintain at least a half tank of fuel until the recall is completed. That should keep the vacuum condition from building up and deforming the plastic gas tank.
The recalled vehicles were all built at the Michigan Assembly plant.

The Ford reference number for this recall is 18S32.

The Ford Focus has become a symbol of the automaker’s struggle to revamp its line-up. Originally, Ford said it was moving Focus production out the United States because it cost too much to produce it. Ford planned to build a new crossover version of the compact called the Focus Active in China and ship it back to the United States. That plan was killed because of the China trade tariffs. The Focus Active will still be produced for the China market but as of now it is unlikely we will see the small crossover in the United States.

You can check to see if your vehicle is involved in the recall here.