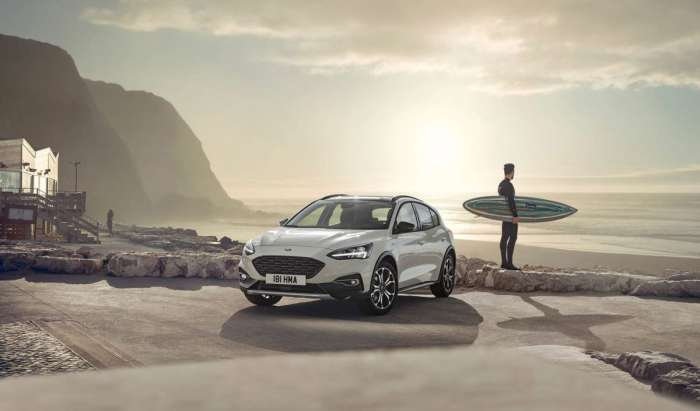 Why Ford is Cancelling Plans to Import Focus Active from China

Ford announced it is cancelling plans to import the crossover based on the Ford Focus called the Focus Active because the new trade tariffs will erase any potential profits.
Advertisement

When Ford cancelled plans to build the ford Focus in the United States, it tried to pacify fans of the affordable, smaller car by saying that it would import a crossover utility version, in 2019, called the Focus Active from China. Today the Blue Oval killed those plans blaming the new tariffs placed on cars being imported to the United States. It appears the only sedan that Ford will offer is the popular Ford Mustang.

Kumar Galhotra, the company’s head of North America, reportedly told analysts and media on the sales conference call that the new 25 percent tariff on imports would eliminate any profit on the Focus Active. Ford will still produce the Focus Active in China for the China market and in Europe for the European market.

The Focus and virtually all other sedan models except the Ford Mustang are being killed off in the United States, while Ford concentrates on the higher profit margin vehicles like trucks and SUVs. The Focus has been built for years at Michigan Assembly, in Wayne, Michigan, but that plant has now been retooled for the new higher profit 2019 Ranger and 2020 Bronco.

Ford has been struggling recently and many have questioned the company’s drastic plan to slash sedans including the Fusion and the smaller Focus.

Ford has said that it will concentrate on the higher profit trucks and SUVs and crossovers in the short term, while promising that it will add more electric and hybrid vehicles in the future. Ford has been criticized for lagging behind General Motors in both electric and autonomous vehicle development.

Ford says it plans to increase the number of nameplates it offers from 20 to 23 within five years. Ford says it will add more trucks, SUVs, crossovers and electric and hybrid models to respond to customer demands and that its vehicles would be the freshest of any automaker in the United States. While it appears the appetite for autonomous vehicles may be cooling, Ford needs to develop more hybrid and electric models to meet stricter federal CAFÉ numbers for fuel economy.

Ford is also trying to slash billions from its bottom line as it struggles to meet CEO Jim Hackett’s goal of 10 percent profit on every vehicle the company produces.

Fiat Chrysler is also eliminating many of its sedans while it focuses on it popular Ram and Jeep brands in the United States. General Motors still plans to offer its sedan models like the Cruze, Malibu and Impala, at least in the short term.

Galhotra says that Ford believed that the China-built Focus Active would be a low volume vehicle in the U.S., only selling about 50,000 units. Still, the abrupt announcement today, gives an idea of how Ford is scrambling to find the right mix of products going forward.