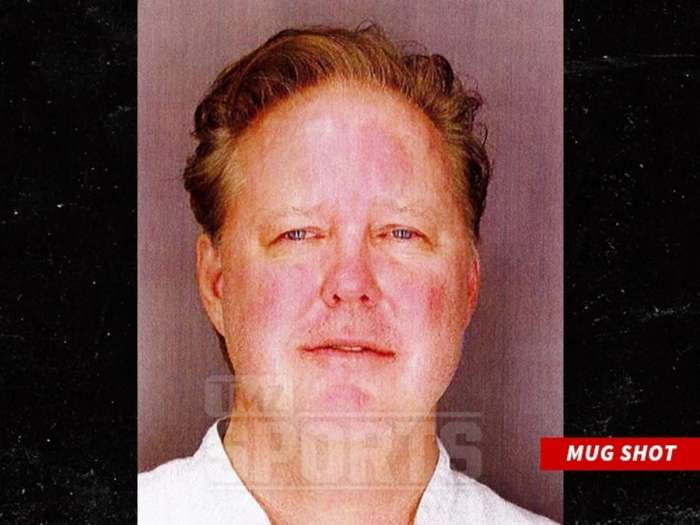 NASCAR announced that CEO Brian France will take an indefinite leave of absence after France was picked up for Driving While Intoxicated and police apparently found drugs on him. TMZ sports broke the story. The big story is what happens next.
Advertisement

Several of the race car drivers already find Brian France controversial as the CEO of NASCAR, but his arrest Sunday night in Sag Harbor, New York, may be what gets him replaced. France announced his leave through NASCAR late Monday. In the statement, France said, “I apologize to our fans, our industry and my family for the impact of my actions last night. Effective immediately, I will be taking an indefinite leave of absence from my position to focus on my personal affairs.”

In the meantime, France’s uncle, Vice Chairman Jim France will assume the role of interim Chairman and CEO. Jim France is the son of NASCAR founder Bill France Sr.

TMZ Sports broke the story that 56 year-old Brian France was arrested Sunday night, in Sag Harbor. According to the police report, France was pulled over after failing to stop at a stop sign. He appeared intoxicated and when police searched him they found oxycodone on him. France spent the night in jail and was released on his own recognizance Monday morning after his arraignment. He is charged with aggravated driving while intoxicated and seventh-degree criminal possession of a controlled substance.

France was reportedly stopped at 7:30 pm, Sunday, and had not attended the NASCAR race earlier in the day at Watkins Glen in New York. Chase Elliott won the Watkins Glen race in a Chevrolet Camaro ZL1.

France has been running NASCAR since 2003, and several drivers have complained that France shows little interest in the sport, doesn’t attend the races and sold all of his personal stake in NASCAR. NASCAR has been losing fans and television viewership and a recent change in the racing format hasn’t helped bring fans back.

NASCAR tests drivers and crew members for drugs at random. Anyone caught in violation can be suspended. It will be interesting to see if NASCAR handles France the same way.

The National Association for Stock Car Auto Racing was founded in 1948, in Daytona Beach, by France’s grandfather, Bill France.