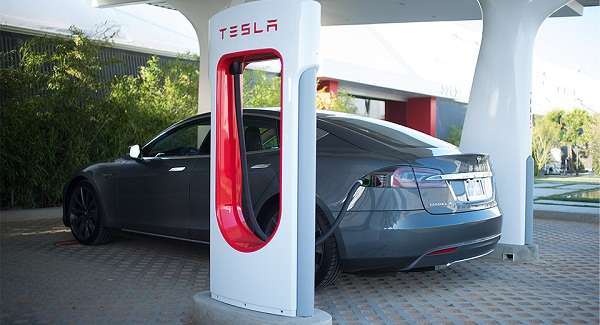 Tesla to offer up Supercharger network and patents, but don’t get excited yet

Speculation has run rampant since Elon Musk recently hinted more than once that he would open up several patents and would be happy to offer Supercharger access to other automakers. But will it amount to anything?
Advertisement

Let’s clarify one thing first. Elon Musk is a successful businessman who has a keen interest in the success of Tesla Motors, but his main motivation lies beyond the ambition of most executives. This is a man who wants to bring electric vehicles to everyone and to make sustainable energy the norm rather than the exception. If those initiatives fail, another of his long-term goals is to colonize Mars.

Say what you will about Musk or those who ‘worship’ him. But don’t say he is just like any other hotshot executive who is primarily concerned with the bottom line or his own fortune, because that couldn’t be further from the truth.

Musk offers patents and Superchargers to other EV makers

With that said, Musk’s statements concerning his desire for other automakers to improve their electrification efforts highlight his grand vision of electric vehicles for the masses, something Tesla alone cannot hope to bring about. At the annual Tesla shareholders’ meeting last week, Musk indicated he is “planning on doing something controversial with regard to Tesla’s patents” and reiterated that he would like to make the Supercharger network available to other automakers.

Since then, Musk indicated at the right-hand drive Model S U.K. launch that “we don’t want to cut a path through the jungle and then lay a bunch of landmines behind us.” He likely was referring to Tesla’s advancements in charging technology; in particular, Tesla wants to open up the Supercharger network to all electric vehicles.

As for the patents: it appears as though Tesla is offering to share charger and adapter specifications, but this isn’t necessarily the patent sharing that Musk alluded to. As Engadget reported, Tesla’s public relations department clarified that point and indicated that the patent release will happen but the company isn’t prepared to provide details yet.

What it means for the electric vehicle industry

In the near future, not much. Tesla’s current generation of Superchargers delivers power at 135 kW, far more than any other electric vehicle is capable of accepting. Tesla vehicles can handle this charge rate because the company designs all the components in-house to work together, and its battery pack design is especially unique among EVs.

In addition, the Supercharger network is ideally suited for vehicles like the Model S capable of 200 miles of range or more; even if a Nissan LEAF could charge at the stations, it still wouldn’t be practical to drive long distances. Most electric vehicles currently on the market are plug-in hybrids with very limited electric range. Other automakers will have to develop longer-range EVs to rival Tesla in order to take full advantage of the Supercharger network, and we are still years away from those happy days.

We are still free to speculate on the nature of the patents Tesla plans to unveil. It seems likely the patents will relate mainly to charging technology; the interesting thing to watch for will be if Tesla reveals any patents concerning its battery pack design. It would be risky for the company to expose its superior battery technology to competitors, but would certainly be in line with Musk’s vision and desire to assist the unsatisfactory EV efforts of larger automakers.

If every electric vehicle could access the Supercharger network, currently with 94 stations and counting in North America capable of replenishing 170 miles of range in 30 minutes, that alone would hugely increase the value proposition of battery electric vehicles. Any automaker to partner with Tesla in the Supercharger network would be required to contribute to capital and operating costs, but its customers would be able to use the stations free of charge per the existing Tesla business model.

Combine universal Supercharger access with widespread Tesla battery technology, and the EV landscape suddenly looks a whole lot different. At the pace of the automotive industry, however, such changes will not be within sight for several years at least. Something to look forward to, then...stay tuned here at Torque News for updates on those patents.