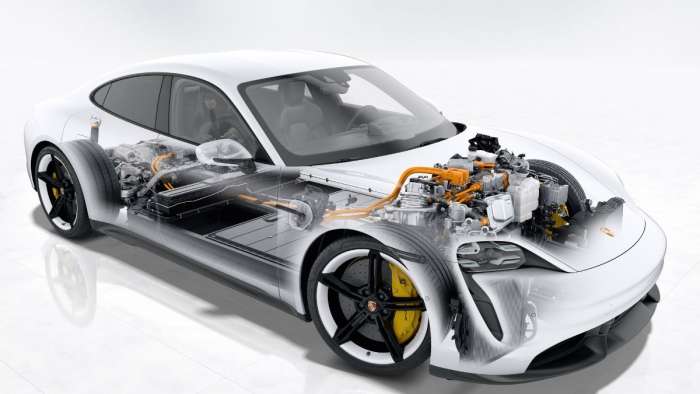 Mixed Messaging From Porsche Dealers When It Comes To Taycan Batteries

While the Porsche Taycan is still a relatively new vehicle for the brand, it seems there is no clear consensus when it comes to battery woes with dealers seemingly on both sides of the fence.
Advertisement

In a post last night on the Porsche Taycan Group forum on Facebook, Jay Cee from Canada shared another experience of 12-volt battery failure. He said “It was in the garage under the lift. Luckily I had enough room to boost the hood open and get to the 12v to boost that into N to push it out.”

There’s been much discussion about cases where Porsche Taycan owners’ 12-volt lithium-ion batteries have failed. This auxiliary battery is used to power window motors and interior lights, as well as media units. However, some owners are finding that the car is unable to start if the auxiliary battery becomes discharged.

How has Porsche dealt with the Taycan battery issue? Is there a recall?

An investigation by the National Highway Traffic Safety Administration (NHTSA) in May 2021 prompted a recall of roughly 43,000 Porsche Taycan and Taycan Cross Turismo models. The troubling issue owners had reported was a sudden loss of power without any warning whatsoever, even in instances where the vehicle was in motion.

It was determined that the source of the problem was related to the Taycan’s 12-volt auxiliary battery, and that a lack of charge could lead to a complete shutdown of the car’s electrical system. It was also established that the flaw existed in cars equipped with either the Performance Battery or Performance Battery Plus.

Following the investigation, Porsche created a software update that was supposed to permanently resolve the issue. The company was to update the software of all Taycans on the assembly line and dealer lots, and owners were to be contacted to advise them of the recall. Since the patch could not be done over the air, owners were advised to arrange an appointment with their local Porsche dealer to have the update installed.

Are Porsche Taycan owners still having issues with the auxiliary battery?

While we haven’t seen any recent complaints of Porsche Taycans experiencing a sudden loss of power while on the road, it’s interesting to note that owners are still reporting issues where the 12V battery has discharged and led to a no-start situation. In these cases, though, it appears that the difficulties arise after leaving the car sitting for an extended period of time (a week or more).

Taycan owners are understandably frustrated, with Morgan Williams from the Porsche Taycan Group on Facebook commenting “The issue with a car completely crippled by a 12V battery is something which needs to be addressed. Seems impossible to have a 93kWh battery fully charged but a disabled car because of a 3yr old 12v battery.” 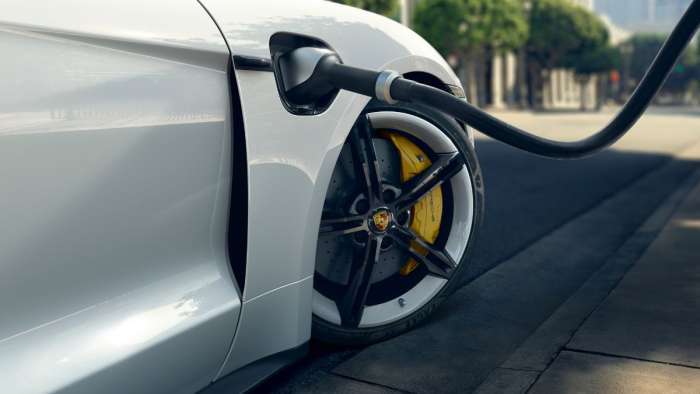 There have been differing opinions as to exactly how the 12-volt battery should be maintained. Dave04porsche from the Rennlist.com forum says “the 12V battery is maintained by the “big” battery - other than bugs in Porsche’s software - the main computer monitors the 12V battery and will/should engage the big battery to charge the little battery when necessary - it does not directly charge from external power - rather it goes through a DC/DC converter that converts high voltage (400/800V) to 12V DC power suitable for the little battery.”

He also goes on to mention “I believe you can “see it” if you add the battery voltage to the “information” display on your dash display. When the 12V is normal I often see 13.2-13.7 volts displayed by this information line - but occasionally it’s bumped up to 14.7 volts (or slightly more) - I believe this is when the 12V battery is being charged by the big battery - but that’s only speculation on my part.”

Greg Yonko from the Porsche forum on Facebook also sees no need for a trickle charger, commenting “I left my Taycan 4S for 25 days, dealer said to leave plugged in at 85% max charge. No problem. Have had all the software updates. I did not have any issues. No trickle charge on the Taycan. Be careful not to void warranty. My dealer in California did not recommend trickle charge.”

Porsche dealers seem to be on both sides of the fence.

Perhaps most interesting is the fact that there seems to be mixed messaging coming from the dealer network. Michael Damore, also a member of the Porsche forum, commented that the 12V battery in his 2021 Taycan discharged after 3-4 weeks of sitting idle. His local dealer recommended that if the car is going to sit for more than a week it would be advisable to attach a battery tender charger with a chip that protects against overcharging.

On TaycanEVforum.com, member christopheryoung mentions that the “Dealer said they had to put a hardwire directly onto the 12V Battery,” which suggests that his local Porsche dealer made a modification to accommodate the connection of a trickle charger.

911Jeff from Rennlist.com also comes out in favor of a dedicated trickle charger, suggesting that “The 12v battery doesn’t charge when you are charging the car. It only charges when you are driving (or directly charging it with a charger like a conventional car).”

As for Jay Cee, his 2020 Taycan Turbo has been at the dealer awaiting a replacement 12-volt battery for more than two weeks, and it sounds like it could be another two before the car is back in his possession. Here’s hoping he doesn’t have to wait that long!

With Porsche hoping to bring new buyers to the brand as they expand their electric lineup with vehicles like the upcoming Macan EV, it’s important that they get a handle on issues that could negatively impact the ownership experience.

Buyers looking for something unique will be looking to brands like Porsche, and the company's dedication to design and performance will be key to their success.

It would be great to hear from other Porsche Taycan owners about their experiences with the 12V batteries on their cars. Has anyone who’s had their software updated experienced a subsequent failure of the 12V battery? Do you use a trickle charger if your car will be sitting for an extended period? Have you received any recommendations from the dealer one way or the other?