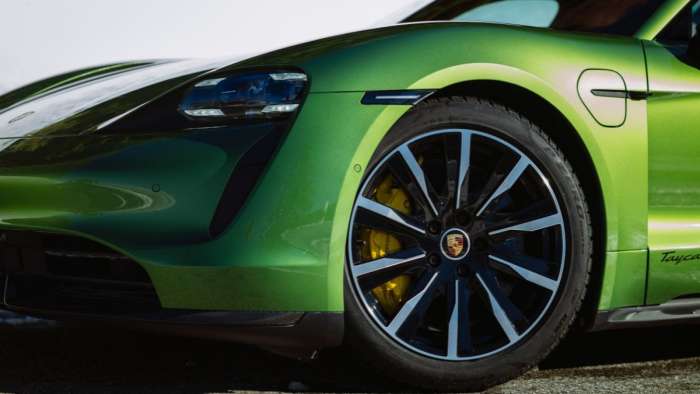 Members of multiple online Porsche Taycan owner forums describe incidents of cars shifting into Neutral or Park without warning. Here we provide a glimpse into the problem and the response from dealers.
Advertisement

Today we’re investigating reports from a number of owners of 2022 Porsche Taycans highlighting numerous cases of their cars randomly shifting into either Neutral or Park.

The first report on Taycan owner forums appears to have been back in December when Taycanforum.com member EVer from Florida raised concerns about their 2022 Taycan RWD built in mid-October. EVer comments “the car twice went into neutral spontaneously while moving, I hit the accelerator and nothing happened and after a few seconds realized I was in neutral. Then later two different times at a light the car went into park spontaneously.”

Most troubling was EVers report that the car had suddenly shifted into neutral while traveling at approximately 50 mph. Not surprisingly, the owner reported that the repeated issues made them somewhat uncomfortable driving their car.

How many Porsche Taycan owners are experiencing these issues?

While it’s impossible to tell how widespread the problem is, today alone we’ve seen two owners express their frustration with similar issues in online forums. Jennifer Nguyen on Facebook’s Porsche Taycan Group asks “Anyone’s Taycan go into park randomly after a complete stop? Told the dealer it’s happened to me a handful of times and they said they don’t know how or why it does, but have had other Taycans reportedly doing this. So, since they can’t figure out why and “fix” the problem, then they can’t release the car back to me til then.”

Another report this morning came from GTS22 on Taycanforum.com, who says “I believe this happened to me yesterday. 22 gts. 330 miles on the odometer. Pulling into a parking spot, so going very slow, heard a very slight noise/thump, I stopped because I thought I tapped the cub in front of me. Ends up I was still feet away and the car was in park. I assume the noise was motors/brakes locking up. Key was in my left pocket at the time.”

I own a 2022 Porsche Taycan. Should I be concerned?

Since February, seven owners have logged complaints with the National Highway Traffic Safety Administration (NHTSA) related to these issues. While this is a relatively small number, there are many more owners in online Taycan groups who have expressed concerns after experiencing similar issues. So far the problems appear to be only with 2022 model year builds, but there’s no indication that it’s isolated to any specific model with owners across the Taycan range reporting concerns.

One owner from Naples, Florida shared a story on Taycanforum.com in February of Porsche USA sending an engineer from Atlanta to investigate after their car shifted into park twice and neutral once when at a stop. The engineer hooked up diagnostic equipment and drove the car for several days, but unfortunately, the fault failed to reappear during that time. It seems that after two weeks they found an employee’s Taycan exhibiting similar symptoms, so the dealer returned the customer’s car.

What could be causing the issues?

As seems to be the case with Porsche Taycan forums in general, members are anxious to help their fellow owners by sharing suggestions and any information they may have received from dealer service advisors. It’s great to see enthusiastic owners band together to support each other. 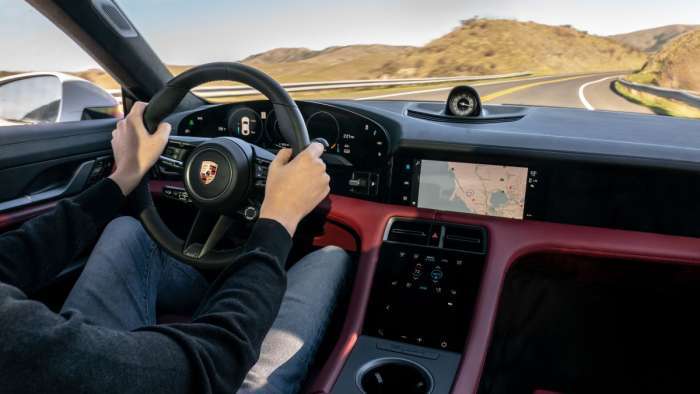 The question of key fob location was the most frequently mentioned as the potential source of trouble. However, with the key fob sensor located behind the cup holder and a number of owners reporting that their fob was actually sitting in the cup holder at the time of the incident, this reduces its likelihood as the root cause.

In reference to those instances of Taycans shifting into Park at low speed, some members speculated that the car’s computer might think the door is open. One poster mentioned that the car will shift from Drive to Park as a safety measure if a door is open, so if this were indeed the case, an issue with a door sensor could be the source of the grief.

Fortunately, we have seen some encouraging news for 2022 Taycan owners.

EVer reported in February that the dealer found hundreds of faults in the gateway control module, and that it wasn’t communicating with different CAN bus systems. The dealer replaced the module and performed a software update, and in a follow-up post last month the owner was pleased to report that there had been no new incidents.

We’re also happy to share that Jennifer Nguyen received a call back from her dealer this afternoon. It seems they believe a software update should rectify the problem and that she and her Taycan will be reunited by Friday. Hoping for some good news!

Considering that Porsche is still a relative newcomer to the EV market, they'll need to work hard to build trust with both the brand's loyal customers and newcomers alike. If you have any Porsche news or information you’d like to share, feel free to share in the comments section.