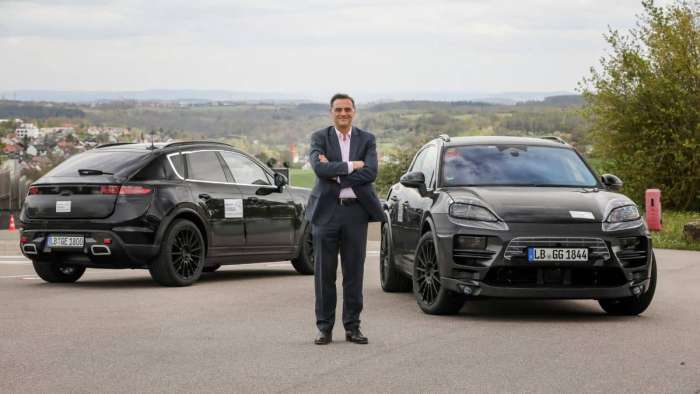 Will The New Porsche Macan EV Be A Zero-Sum Game?

With Porsche set to release an electric Macan, will sales of the gasoline-powered Macan lineup drop as buyers make the leap to EVs?
Advertisement

For those who aren’t familiar, the name Macan is derived from the Indonesian word for tiger. Known for their power and solitary nature, tigers will aggressively defend their territory. Porsche is no doubt hoping that the upcoming Macan EV will leverage the strengths of its namesake as it enters the world of electric SUVs.

The Porsche Macan crossover SUV has been the brand’s best-selling nameplate globally since 2016. As anyone in the car business will tell you, when making dramatic changes to the most important model in a brand’s lineup it’s critical that the product lives up to the expectations of its loyal customer base. To say Porsche AG has a lot riding on the execution of the Macan EV is a huge understatement.

Porsche has combined forces with Audi to work together on the brand new Premium Platform Electric (PPE) platform, which is said to have elements of the J1 design used in the Porsche Taycan and Audi E-Tron GT, as well as the Volkswagen Group’s MEB platform.

The PPE architecture will underpin the upcoming Porsche Macan EV along with Audi’s Q6 E-Tron, both expected to be released in 2023 as 2024 models. The premium automakers hope to grab a bigger share of the EV market by utilizing the new dedicated EV platform that offers better weight distribution and a lower center of gravity, which translates into more dynamic handling.

When the Porsche Macan EV comes out, is that the end of the ICE models?

Gasoline-powered variants of the Porsche Macan aren’t going anywhere just yet though. The big question is, will we see sales volume of the Macan ICE models decline as buyers migrate to the electric model, or will interest in the new model help Porsche expand its market share? 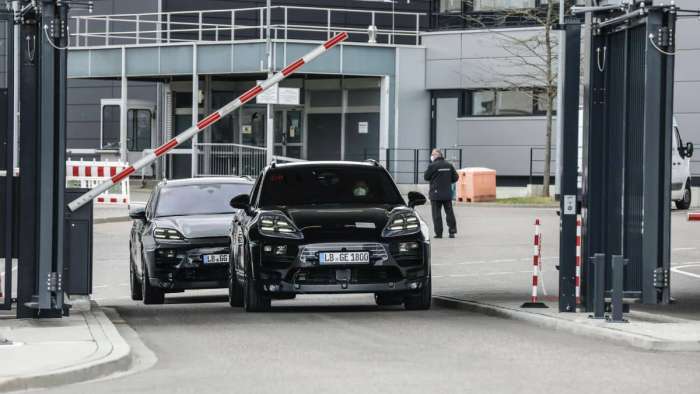 With the global transition to EVs still in its early stages, there’s not a lot of data to suggest which way the wind will blow. Porsche has a very limited frame of reference with the only EV in the brand’s stable so far being the Taycan.

One could certainly make the case that there’s plenty of similarity between the Taycan and the ICE-powered Panamera, so digging into the numbers may provide a degree of insight. Porsche’s global sales figures showed total Panamera sales declined from 6,625 units in 2019 to 3,870 in 2020, as the Taycan generated 4,414 sales in its first full year.

Perhaps the closest example of a luxury automaker offering an electric alternative to a current crossover vehicle comes from Audi’s Q4 E-Tron, considered a potential EV substitute for those shopping the Q3 and Q5. However, the fact that the Q4 is an independent model name means this isn’t an apples-to-apples comparison, and the lack of 2021 availability in all markets also limits the usefulness of the data.

What are current Porsche Macan owners saying about the electric model?

Comments from current ICE-powered Porsche Macan owners suggest they have reservations about the move to electrify the Macan, citing concerns over reports of Taycan reliability issues, as well as charging stations and long-term battery life. On the flip side, cometguy on Macanforum.com is optimistic about the outlook for battery technology and charging infrastructure, and believes “It will be bliss not having to ever go to a gas station again.”

CourtneyNYC, also from Macanforum.com, sums up the importance of the Macan EV to the brand faithful: “I'm thinking that the Macan, which is the breadbasket that feeds Porsche financially (look at sales of the Macan base as compared to ANY Porsche) is a risky place to experiment.”

With Porsche said to be launching a Cayenne EV by 2025, market response to the new Macan could help formulate the brand’s strategy as the company pursues its aggressive target of 80% of sales being fully-electric by 2030.

We would love to hear how current Porsche Macan owners are feeling about the upcoming EV variant!

Carlos A. wrote on May 14, 2022 - 6:00am Permalink
As Porsche owner for several years already I was looking to jump into a Porsche EV but the fact that I will need to “hunt” for charging stations when traveling was keeping me hesitant so I jumped into a Cayenne Hybrid. The experience of driving full electric when commuting has been very pleasant (much better than expected) and while still I do recognize that charging stations will be a challenge for driving long distances I am ready to add the macan ev to my garage for daily use while keeping my Cayenne hybrid for long trips. I have been already talking with my dealership about putting an order as soon it is possible.
cometguy wrote on May 30, 2022 - 11:06pm Permalink
As I was quoted in this article, I thought I'd comment here. :-) Porsche is moving to electrification and the ICEVs will be phased out in the next decade. They must improve on the problems in the Taycan by the time the Macan BEV is released -- but they will have had a full three years of "beta testing" by early Taycan owners to get the kinks out, assuming that Porsche intently follows online forums and listens to the dealerships who report the problems (mostly software-related). I've test-driven most trims of the Taycan and can say that there's a lot of really good stuff there, but the infotainment system is inferior to what's in my 2019 Macan and my 2018 Panamera. Porsche had one of the very best infotainment systems in the auto industry in 2018-2020, but the Taycan is a giant step backwards; I hope that they look closely at what was better in the recent ICEV Porsches (like the maps) and fix that. The move away from buttons and dials and to touch screens for way too many things (the center-screen-operated center vents are famously derided by everybody from journalists to owners) has become common but not universal in the auto industry. Porsche needs to bring back buttons and dials (and manual vents) for many functions (Kia and others have retained these in their BEVs), and put back standard door handles, or they stand to lose a lot of business. Copying Tesla is not the best answer in most cases.