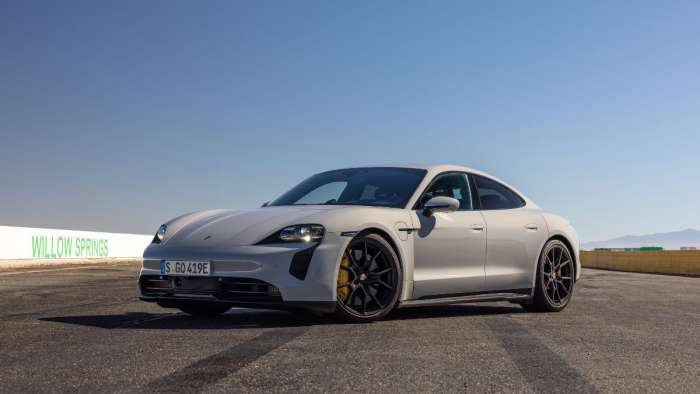 No longer the only game in town, some owners of the Tesla Model S are jumping ship and joining the legions of Porsche Taycan fans.
Advertisement

For many years, the Tesla Model S seemed to be the default choice for EV buyers seeking the thrill of an all-electric performance sedan. Tesla essentially invented the category in 2012 with their marvel of modern engineering that combined neck-snapping speed and cutting-edge technology. The package proved hard to resist for early technology adopters looking to join the ranks of EV ownership, and the Model S was even named Motor Trend Car of the Year in 2013.

It wasn’t until the fall of 2019 that Porsche released its Taycan electric sedan, but performance car enthusiasts quickly discovered that the Germans were serious about providing an alternative to the status quo. Porsche fans were impressed by the addition to the lineup, and the release gave those looking for something new and exciting from the storied brand a chance to join the expanding EV scene.

For starters, many buyers have indicated that they’ve always wanted a Porsche. With the timeless allure of the 911 and the company’s racing heritage, hardcore fans will tell you there really is no substitute. As Trond Erik Brekke commented on the Porsche Taycan Group forum on Facebook, “The Model S is a family car with a lot of power. The Taycan is a sports car with 4 doors and seats for a family."

One might also be forgiven for suggesting that the popularity of the Tesla brand may be contributing to the shift. Let’s face it, Tesla ownership isn’t the exclusive club that it once was, and Model S owners who enjoy the feeling of driving something special may be looking for a fresh option. As another member of the Porsche Taycan Group forum, Sebastien Fremon, suggested, “Tesla’s a very good car, but not the stuff of dreams….all about the brand image and heritage.” 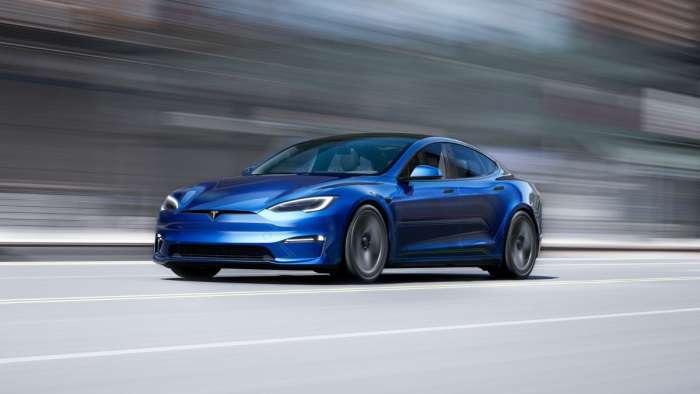 What is it about the Taycan?

A number of those making the leap have suggested the Taycan feels like a proper sports car, while the Tesla Model S feels more like a large sedan that happens to be fast. Even members of the Teslamotorsclub.com forum are sharing their affinity for their latest non-Tesla acquisitions. Vzxyz from Florida said, “I’m actually enjoying a Taycan 4S in my driveway and a 2018 Model S 100D. The Tesla used to be my go-to car but it hasn’t seen a single mile put on in the last 45 days since I’ve taken in the Taycan.”

A notable difference in driving dynamics seems to be a common theme that emerges in online discussions. A number of former Model S owners’ posts cite brakes, suspension, and high-speed stability as weak points of the Tesla, resulting in a lack of confidence in those looking to take advantage of the power on tap. Meanwhile, Taycan converts suggest the Porsche feels much more connected to the tarmac and significantly more nimble.

OK, but there must be a compromise somewhere…

So what is it about the Porsche Taycan that former Model S owners find lacking after making the switch? Not all that surprising given Tesla’s huge head start in the EV game, the biggest concerns center around in-car technology. Owners are quick to point out that Tesla’s software technology seemed superior, and in some cases also expressed disappointment with the need to take their cars to the dealer for software updates to key systems.

Another issue raised surrounds a lack of charging support on the road for the Porsche. That being said, the experience seems to vary depending on geographic location. This is another instance where Tesla has the advantage thanks to its proprietary Supercharger charging network.

It’s worth noting that since early EPA range estimates for the Taycan were underestimated, many owners have been pleasantly surprised with their range experiences. While Porsche offers many of the Taycan models with two battery options, the Performance Battery and the Performance Battery Plus, those who select the base pack have found the range penalty to be a modest 25-30 miles.

In the end, both Porsche’s Taycan and Tesla’s Model S offer solid examples of performance EV sedans that appeal to well-heeled buyers. As EV technology develops and consumer demand increases, we look forward to seeing even more entrants into the category. Likely the most significant momentum will come from battery efficiency and weight reduction.