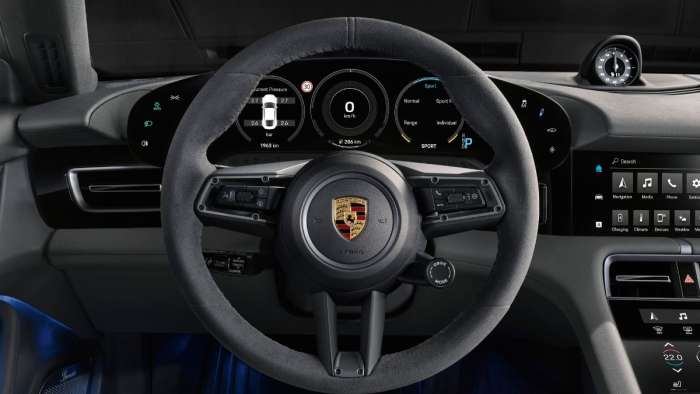 Porsche Wants You To Use The Brake Pedal – Will Tesla Owners Give Up One-Pedal Driving?

If you’ve driven a Tesla for any length of time, you may have become accustomed to one-pedal driving. With no such option on the Porsche Taycan, will you miss it?
Advertisement

Among those considering swapping their Tesla for a Porsche Taycan, it seems like one of the most common questions involves the difference in the regenerative braking systems. Having grown accustomed to one-pedal driving, many Tesla owners have expressed disappointment that Porsche chose not to adopt the same approach.

What is regenerative braking and how does it work?

In a nutshell, a regenerative braking system converts the kinetic energy that’s created when you step on the brake pedal into electricity that is sent back to the battery. This means that every time you apply the brakes, the energy created provides a boost to the energy stored in the vehicle’s battery pack.

With regenerative braking, the electric motor in an EV acts as a generator when the brakes are applied. The magnetic resistance created by the electric motor generates a corresponding drag that reduces vehicle speed, effectively providing stopping power over and above that of the traditional brake components.

So how does this relate to one-pedal driving?

Engaging one-pedal driving in a Tesla means that once familiar, drivers can navigate the road with minimal need to use the brake pedal. In this case, it’s the act of releasing the accelerator pedal that engages the braking effect of the magnetic resistance of the electric motor, bringing the car to a halt.

New Tesla owners say it takes a bit of getting used to if it’s your first EV, (you’ll need to get a feel for timing the release of the accelerator pedal to perform smooth stops), but those who have mastered it seem to be hooked on the simplicity and ease of driving with only one pedal. 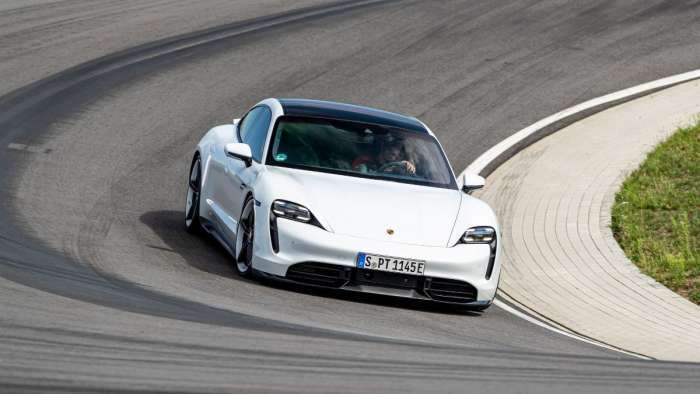 How does the Porsche Taycan regeneration system compare?

One-pedal driving is not an option in the Porsche Taycan. With dynamic performance at the forefront of the design goals, engineers wanted to maximize the Taycan’s capabilities both on the autobahn and at the track. The design team felt that too much resistance from lift-off regeneration negatively impacted performance in both situations, and instead chose a blended approach to what they call their recuperation system.

As a result, the Porsche has a very limited amount of regeneration when the accelerator is released. That being said, the brake pedal regenerative effects are quite strong, with the Taycan able to send up to 265 kW back to the battery. That figure is significantly higher than other EVs, with recent figures on Tesla’s Model 3 indicating regen of just 77 kW.

Drivers find the effect of the Porsche system creates a more traditional driving experience, notably the ability to coast when the accelerator pedal is released. With some of the brand’s enthusiasts comparing the feel of piloting an EV with one pedal to that of driving a golf cart, it seems the Taycan’s approach has found a solid fan base.

What are former Tesla owners saying after driving the Porsche Taycan?

Comments from new Porsche Taycan owners who have migrated from a Tesla vehicle frequently indicate that they don’t miss one-pedal driving at all. A common theme seems to be that the feel of coasting that the Taycan offers is a welcome change. The fact is, not everyone is a fan of the one-pedal approach used by other EV manufacturers, and owners often say that the Taycan just feels like you’re driving a car.

For those that do miss it, some have suggested that the Taycan’s auto-recuperation mode offers a bit of a familiar feel. The system is somewhat similar to adaptive cruise control in that it works with the front camera to seamlessly maintain an appropriate distance between you and the vehicle in front of you. However, it still doesn’t negate the need to use the brake pedal.

It’s interesting to see drivers come out in favor of both approaches, as it’s often seemed like EVs in general have a lot of similarities. I’m looking forward to seeing how other brands differentiate their own products. Feel free to drop me a line and share your thoughts!