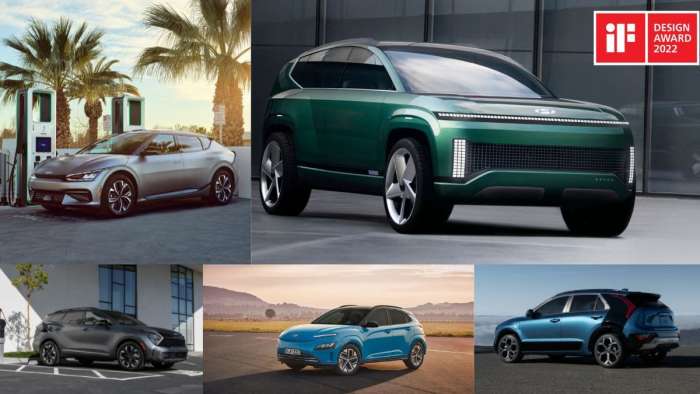 Are Kia and Hyundai planning to build a new electric vehicle manufacturing plant in Georgia in order to qualify for the new U.S. federal electric vehicle incentives? That is the question that popped into my mind after the recent news about the U.S. Senate’s passing of the Inflation Reduction Act.
Advertisement

In case you haven’t heard, the Inflation Reduction Act includes provisions for a complete overhaul of the existing tax incentives offered to those who purchase new electric or plug-in hybrid vehicles. According to Yahoo.com, automakers claim that up to 70% of the electric vehicles (EVs) and plug-in hybrids (PHEVs) that would otherwise qualify for the incentives, will not if the requirements currently included in the Senate bill are passed into law by the U.S. House of Representatives and President Biden. Following closely on that news, the Statesboro Herald reported that Kia’s “parent company”, Hyundai Motor Group, is “negotiating for a site along I-16 in Bryan County [about 30 miles from Statesboro, Georgia], known as the Mega Site, for a factory that would manufacture electric vehicles”. The plans for what would be the groups second auto factory in Georgia go through, it would create around 8,500 jobs in the area. Obviously, this would be an economic boon for the state, but it makes me wonder if this might be one way that Hyundai and Kia plan to buoy sales of their EVs that will all otherwise become ineligible for U.S. federal incentives in as soon as a week or two from now.

According to an article in Carscoops, it certainly seems like Hyundai may be considering moving some production here sooner than they would otherwise have planned. The article references building forthcoming Kia EV9 and Hyundai Ioniq 7 vehicles at the new plant in Georgia, and that negotiations with South Korean labor unions are required before the parent company can move production of any vehicles to another country, which suggests they are already considering moving the production of existing vehicles as neither the EV9 or Ioniq 7 are in production yet. Still, given the length of time it takes to secure land and contracts for building new factories, not to mention write and pass bills in the U.S. congress, I suspect it is at least partially coincidental that this news surfaced when it did. It only makes sense that Kia and Hyundai would be looking to build more local manufacturing for their electrified vehicles in what is one of their most important markets. It would lower shipping costs and increase their manufacturing capability. Nevertheless, it seems like the new bill is adding pressure on Kia and Hyundai to speed up their investment plans for U.S. vehicle production, in order to better compete in the growing electrified vehicle market here.

In the time between passage of the bill into law and the completion of a new manufacturing plant though, Kia and Hyundai will face some tough choices. Their plug-in vehicles will suddenly be at a disadvantage, pricewaise, whereas they currently have an advantage (over competitors like Tesla and GM). Will Kia and Hyundai need to lower prices to stay relevant? Or will other automakers that may be raising prices in the face of this new incentive program, like Ford, actually end up making it easier for Kia, Hyundai and other companies to maintain positive sales trends for their EV and PHEV models? It could go either way or be a little bit of both. With dealer markups in the mix too though, don’t be surprised if the corporate side of the companies ineligible for the new incentives try to discourage or disincentivize their dealers from charging markups, or at least to lessen them. That would be a refreshing change, would it not?

What do you think is going to happen once the new law goes into effect? Will it dissuade you from purchasing a plug-in vehicle that does not qualify for the federal subsidy? Or will it all come down to the final price (which may or may not include total cost of ownership, for you), quality or aesthetics of the plug-in vehicle? One thing is for sure, if you want to get a plug-in vehicle eligible for the current tax rebate incentive, you better act fast! Please leave your comments and questions below.

Images courtesy of Kia and Hyundai.