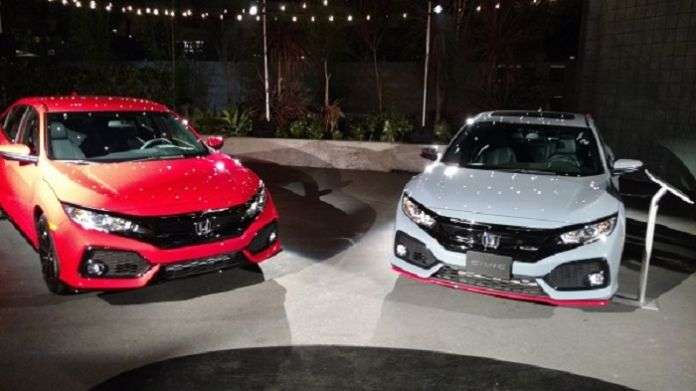 Why the next generation Honda Civic will be electric

On Honda’s announcement this week of Hyper-charge network expansion in Europe and Asia, what’s in store for the next generation Honda Civic?
Advertisement

Honda Civic is the car that drove Honda to import car prominence in North America. Now in its 10th generation, this compact world platform comes in several variants, none of them electrified. Torque News drives Clarity FCV in Santa Barbara,California.

No 10th generation Civic Hybrid: While this may seem a bit auto-trend-contrary for Honda, the maker of America’s first hybrid gasoline electric car, looking to Honda’s reinvented lineup, electrification in the form of Clarity takes center stage, with Acura MDX, NSX, and RLX sport hybrid more than hinting to Honda’s electric car future.

With every major car manufacturer embracing electrification in one form or another, Honda taps its Japan auto market hybrid roots, while targeting North America’s electric car revolution. Honda Civic, while not presently available in the U.S. as a gasoline electric hybrid, BEV or plug-in, does roam stateside as a hybrid, or CNG (compressed natural gas) in pre-10th generation trim. This hybrid electric is a best seller for Honda in Japan.

We’ve spoken with the Civic hybrid loyal, and while far and few between, discover this eclectic group to be happy with their Civic, and the 40 plus MPG realized around town. The same can be said for Honda Insight and CR-Z hatchback coupe -- all electrified, all quirky, cool, and environmentally friendly.

Truthfully, looking to the past sales performance of alternative Civic offerings, Honda didn’t see an immediate demand for electrified Civic’s -- cheap, abundant gasoline, manufacturing cost, and subsequent MSRP restraint has much to do with auto market buying trends, the 5-year forecast didn’t justify the development of a electrified Civic that would come to market with an MSRP approaching $30,000 -- in top trim form. But that decision was made back in 2012, or so.

Today, the electrified, near autonomous car is all the buzz, as “electric” reaches the tipping point -- world wide. The electric car is quickly reaching “cool” status, the thing to do, as well as a low maintenance path to improved road handling and sport-like drive dynamic. What's new for Civic in 2018?

Then there’s that zero emissions consideration: As the news media touts the benefit of electrification, It will be market demand at the entry-level that compels Honda to electrify Honda Civic, the best selling car in Honda history. One need not look far for a clue or two as to the near future electrification of Civic. As battery density enables the normalization of Honda Accord hybrid, and Clarity, Civic seams the most likely next candidate for mainstream electrification -- it will be awhile. However, electrification is the new measure of auto performance, and Honda’s on it! Read the EPA standards here.

I look for a Civic electric option with a model refresh in 2019. We’re presently seeing hybrid gasoline, electric, and internal combustion engine offerings neering par in price point; due to a reduction in electronic-related components, and in increase in electrified vehicle production.