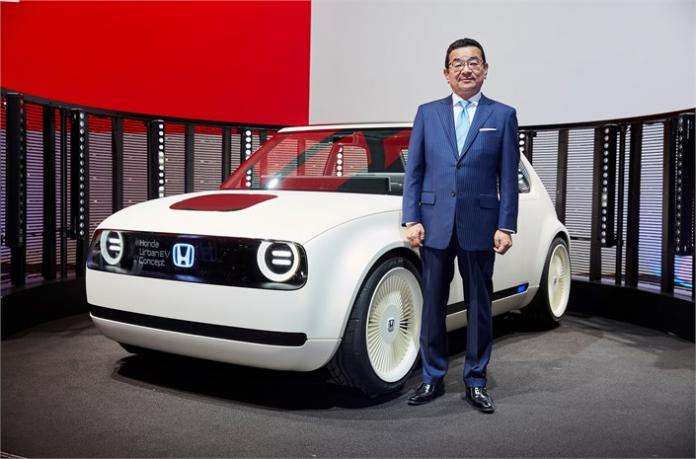 Following a growing automotive trend in Asia and Europe, Honda Motor Company expands its long standing electric vehicle research and production with a commitment to electrifying all new model offerings. Is America ready for a micro electric car?
Advertisement

Following in the path of Volvo Car and other European car manufacturers in embracing electric propulsion technologies, Honda Motor Company announced Tuesday from the 2017 Frankfurt Auto Show, the Tokyo based company's commitment to electrifying all new car offerings beginning in model year 2019. Along with Honda’s announcement came the reveal of a very unique sub-compact electric concept vehicle, the micro Urban EV Concept. It’s smaller than a Honda Fit, yet may approach the charge range of Tesla 3. Torque News enjoys some seat time in Clarity FCEV.

According to Honda News Europe: Honda has confirmed that electrified technology is to be featured in every new car model launched in Europe. The announcement was made by Honda Motor Co. President and CEO, Takahiro Hachigo, during his conference speech at the 2017 Frankfurt Motor Show.

Hachigo-san made the commitment as he unveiled Honda’s new electric vehicle, the Urban EV Concept. “This is not some vision of the distant future; a production version of this car will be here in Europe in 2019,” he added, confirming that the concept is set to become a reality within two years.

Honda’s Urban EV Concept is built on a completely new platform, and showcases advanced technology within a simple and sophisticated design. The Honda emblem on the concept is backlit in blue, which previews a new styling feature for the company’s future EVs.

Currently, Honda Fit hybrid electric, Accord Hybrid electric, Clarity FCEV, and Clarity plug in electric, drive the streets of Tokyo, and major cities in Europe and China. According to Honda news, a 2018 Honda CR-V gasoline/ electric hybrid is scheduled for sale in Europe sometime in early 2018, and will be the first electrified Honda SUV sold on the continent. Honda has the technology in place to electrify all new cars. It’s a matter economics, and the public’s acceptance and desire for electric propulsion.

Speculation runs high in the U.S. press as to the possibility of the CR-V hybrid being market in the U.S., not yet! We first discovered the Honda Fit EV in Davis, California.

True to auto show concept reveils, nothing was shared with the automotive press as to specifications, MSRP or date of dealership availability.