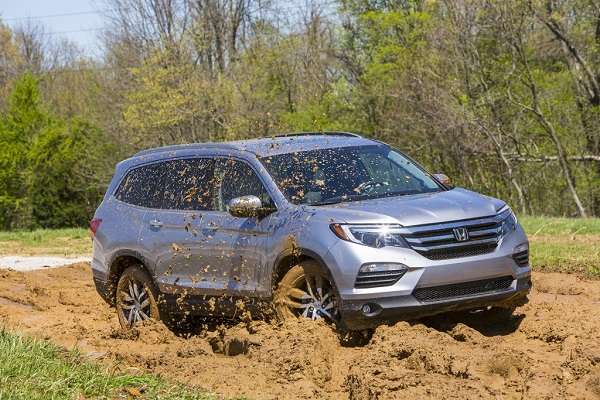 2015 is being called “The Year of Honda,” for good reason. When the smoke clears, the entire lineup from Fit to NSX will be reinvented.
Advertisement

Review 4 Honda, Acura SUV, crossovers in one month and one’s head begins to spin as to drive experience and standard featured high tech accouterments. Such was the case for the month of June, as I dug through a desk covered with first drive impressions.

Seriously, it’s a bit much, but I did it to myself with the help of our friends from American Honda Motors and Acura Division. For late May and June, 2015, Honda, Acura dealers received an all new 2016 HR-V CUV, Pilot SUV, and a “Refreshed" premium Acura RDX. I decided to revisit Honda’s 2015 CR-V for good measure, what was I thinking?

None the less,Honda is up and running with a planned 24 month reinvention of the entire lineup, and I’m standing neck high in the middle of it.

By the end of the summer of 2015, I’ll be driving the 2016 Accord, 2016 Civic,(maybe) 2016 CR-V, and hopefully Acura’s long in coming NSX Hybrid Supercar. It’s an exciting year for American Honda Motors, Acura Division, and Honda fans everywhere; as this mostly “Made In America” car manufacture looks towards a safer, super low emissions, high average MPG driving future with Honda, Acura style.

Tesla Contemplates A New Strategy for China Retail even As Sales Boom
Jay Leno on Elon Musk & EVs: “I Think He Should Get ... Credit"
END_OF_DOCUMENT_TOKEN_TO_BE_REPLACED