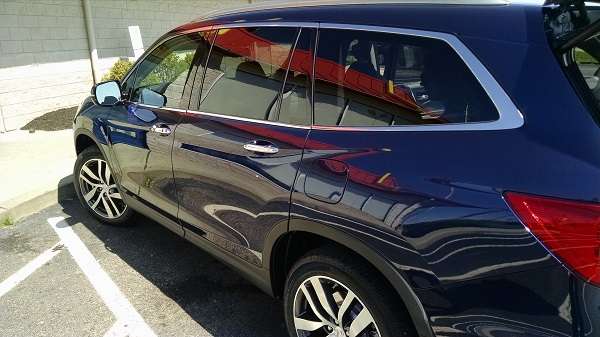 How many times have you been stuck in mud, sand or snow, or simply required a bit more traction when pulling that overweight trailer?
Advertisement

The most advanced Pilot SUV in Honda’s history comes to the game with a handful of talents the other guys don’t have. In this article we touched on the Autonomous driving( driver assists) features of 2016 Pilot, whereas when required, Pilot’s radar and camera enabled frontal collision, brake mitigation and rear side-to side accident avoidance aids the driver in foregoing an insurance claim, and in extreme instances, an ambulance ride.

I’ve experienced Honda’s accident avoidance, self steering and brake mitigation in real time- real-world stop and go freeway traffic situations, it works! But what about dirt roads, heavy tow loads, mud, sand and snow? Pilot has you covered here too.

How many times have you been stuck on the side of the road in slick mud or snow? And then there’s that “It’s a 4-wheel-drive, let’s drive it on the beach” syndrome, embarrassing, expensive and time consuming, we’ve all done it!

For 2016, Honda Pilot comes to the segment with a handful of features that the competition doesn’t offer. Pilot offers true truck-like toughness, utility and off roadability. A facet of Pilot’s optional all-wheel-drive Intelligent Variable Torque Management (i-VTM4) is a push button drive mode selection that allows the driver to select between four traction modes: Normal, mud, snow and sand.

By launching the vehicle from second gear while in loose or bogged down traction situations, and then oscillating traction in real time( front to rear) to the tire that requires it, Pilot walks its way out of seemingly impossibly slick driving situations. For added traction support, grab a handful of locked differential. For 2016 Honda Pilot takes “Mud Bogging” to a new level. Pretty amazing stuff!