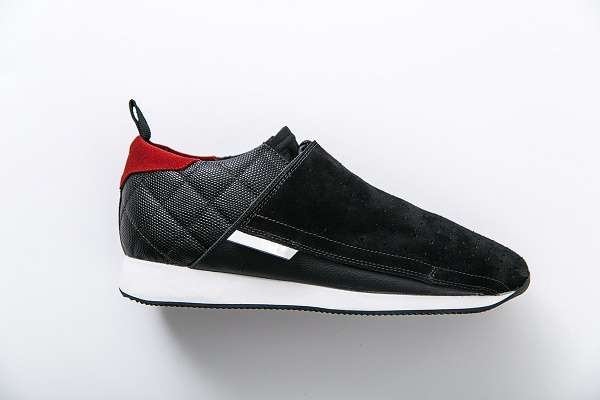 As announced Tuesday by American Honda Motor Company, the iconic Civic brand may now be proudly displayed by its owner in the form of an affordable, comfortable sneaker of sorts; or at the least a driving shoe inspired by the all new Civic.

Here’s an opportunity for that under-driving-age Civic fan in the family (and you too) to participate in the rebirth of America’s original Japanese import car without buying one. 2016 Honda Civic’s on an unprecedented sales trajectory, now it’s on a “run” of sorts.

Thrillist, JackThreads.com and Honda bring you the HT3 driving shoe

I’m predicting here that with an MSRP of $100, Jack Threads ™ will sell as many Civic inspired HT3 driving shoes as they can produce. And, while I don’t wish to extend free advertisement to Honda, Thrillist, and JackThreads, once again, Honda demonstrates a not so passive marketing genius that can't be ignored.

I do tip my hat to the design team that collaborated with Honda R&D Americas' Jarred Hall in producing not only an affordable driving shoe, but a sneaker that looks good enough to dress up and take out on the town.

Jackthreads claims to utilize some of the same materials found in the all new Civic in the construction of the HT3 driving shoe, could be. This is what Honda tells us -- About JackThreads:
“JackThreads was founded in 2008 out of a bedroom in Columbus, OH as a flash sale site for the streetwear community. Since then, the brand has evolved into a men's style destination, providing a curated selection of the brand's guys love, alongside a namesake collection."

"The JackThreads line is a capsule of garments that are essential wardrobe staples, designed with a commitment to everyday style and value. The brand is built around the core idea that style should be simple, and good value should be an absolute.” Says A.H.M..

Great idea, wish I had thought of it

I think I’ll just leave it at that. For more information on the all new 2016 Civic inspired HT3 driving shoe look for JackThreads on line.