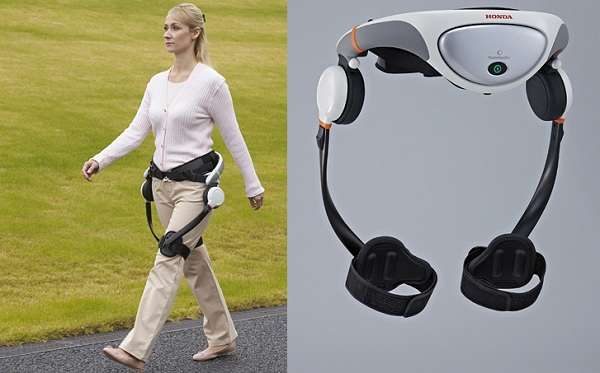 Honda SMA will add quality of life for stroke disabled

An SMA, or stride management assist device in development since 1999 will be tested for North American markets by Chicago's Rehabilitation Institute. A bi-product of Honda’s pioneering humanoid robots (ASIMO) project, the walk-assist device will improve the quality of life for those afflicted by stroke and related motor function impairment.
Advertisement

The broad positive implications of the device is stunning; when one considers the estimated 790,000 adults in the U.S., per year; afflicted by stroke and onset immobility requiring rehabilitation for walking impairment. Brought to you by the manufacturer of the 2013 SEMA concept CIVIC as well as the FCEV concept, while not sharing mechanical components with the automobile; shares technological advances developed under licence with the automotive giant. As a by-product of the ASIMO humanoid robotics project, the SMA could prove to be invaluable in the shorter, less painful rehabilitation of thousands.

The idea here is not to effectively replace the legs with a personal mobility device, but to assist in the rehabilitation of the neuro-motor function of the brain signal / leg interface through active robotics assisted rehabilitation. In my opinion, I find it a bit disappointing that the SMA isn’t available to the American public today.

A small 6 lb, lithium battery powered device worn on the outside of the users clothing would empower challenged wearers to rehabilitate in less time. As for those afflicted with early onset of Parkinson's and Lewy Bodies disease, perhaps the SMA could add quality of life through mobility, while temporarily eliminating the need for a wheelchair or walker.

My Dad would have welcomed the device as well as close friend and fellow writer David H. Kenyon. Prior to his death in late 2011 at the age of 92, Kenyon had fallen in his Eugene, Or. home. The subsequent nerve damage to his right leg, let to a loss of mobility.

Despite a year-long rehabilitation, and the fitment of a very expensive leg brace, Kenyon couldn’t convince himself to walk. A loss of strength in his lower body as well as a fear of falling led to his confinement to a motorized wheelchair. Ego crushed and the car keys taken away, Kenyon was dead in a matter of months.

An aviation engineer of the old school, Kenyon dreamed of such a device now made possible through Honda R&D Co., LTD.