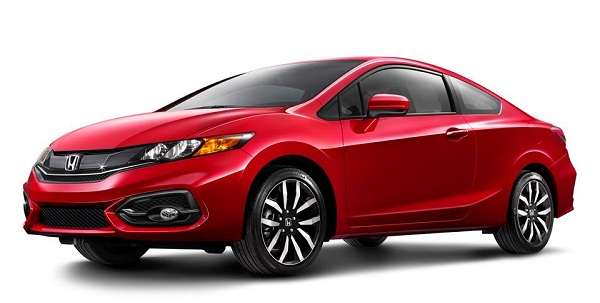 While "metric tuners" and Honda Civic enthusiasts will appreciate the arrival of a higher output standard performance package and tuned exhaust on the Coupe and Coupe S.i. models, the much touted arrival of the (mid cycle) restyled 9th generation 2014 Honda Civic has receiving mixed reviews from die hard enthusiasts on Honda’s Facebook page.
Advertisement

Tweets of “ damn ugly” as well as shared disappointment in engine options dominate the site in the early review of Honda’s latest Civic offering. Knee jerk reactions to a Honda concept car that has yet to hit the market.

Of-course these folks are not enjoying and reviewing the car in person at the Specialty Equipment and Manufacturers show in Las Vegas. Having attended the show as a guest of Ducati Spa., I can attest to the fact that there’s much distraction there. Granted, Honda engineering and design has made a few bold moves as to nose design and the currently popular mix of “ organic” hard and soft curved surface interface.

In the case of the upgraded Civic, the aggressive nose and curved fender design is taking the brunt of criticism. As to the performance and driving characteristics of the Civic? Enthusiasts will have to wait and see. According to Honda of North America, developing news as to performance , cost, etc, will be forthcoming over the next few weeks.

The Honda Civic is North America’s top selling small car, and is known for its affordability and reliability. in 2013, the original foundation of the Honda line received a major body design and mechanical upgrade.

Honda is taking it up a notch with this SEMA show concept car. When available, those that decide to purchase the 2014 S.i. will enjoy 205 h.p. and 175 lbs of torque. a measurable increase over the 2013 model. Also noted is a larger 18 inch rim, tuned factory exhaust, updated front and rear bumper, trunk wind deflector, and aggressive grill and headlight assembly.

For me the car shares a few too many design cues with the 2014 Scion T.c. But that’s the intended market. And today Honda may once again hit the mark of affordable, obtainable, entry level “ performance.” In looking at the car I believe the design to be color sensitive, and, may look a bit less “star warrish” and harsh in metallic, silver grey, than it does in red as displayed at SEMA. Honda design doesn’t tend to make many ( if any) design misdirects. I believe that with the Civic re-design, it will just be a matter of time before the car receives broad public acceptance.

Aaron Turpen wrote on November 7, 2013 - 1:14am Permalink
Not a big fan of the look of the Civic and this upgrade doesn't change that. I like the car itself, but the design is about as vanilla ice cream as you can get. Honda needs to find the apple pie to go with that or they'll find themselves becoming sidelined.

LG's New EV Battery Plant Is a Welcome News for Tesla
Tesla Giga Berlin's New Hurdle: It's Not Only the Gov't, but Now Tesla Itself
END_OF_DOCUMENT_TOKEN_TO_BE_REPLACED