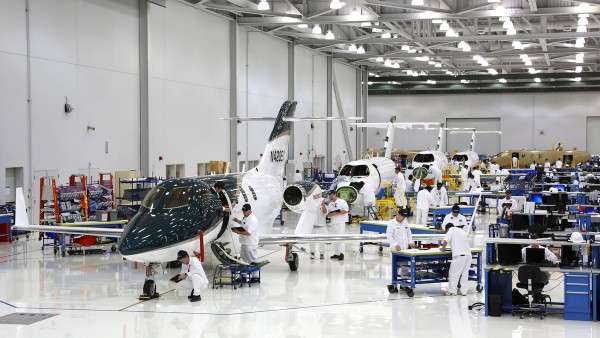 Initially stalled by the worldwide economic downturn, Honda tells us that the long awaited arrival of the production HA-420 HondaJet should land sometime in Q2 2015.
Advertisement

Honda is a company driven by future-forward vision and planning. And in no case is this more evident than in the founding and subsequent development of the Honda Aircraft Company. When released for public sale in 2015, the HA-420 HondaJet will change the world of private aviation.

Driven by the philosophy of Honda’s founder Soichiro Honda and brought to reality through the engineering prowess and drive of head engineer and CEO Michimasa Fujino, Honda’s collective intent is to change the face of entry-level corporate aviation through the introduction of the cloud breaking HA-420.

Currently base priced at $4.5 million U.S., the HA-420 HondaJet will prove to be a cost effective competitor in the economy- driven world of charter, corporate lease and fractional executive jet ownership.

Imagine if you will a state of the art aircraft development and assembly facility located in Greensboro North Carolina, dedicated to the production of a relatively affordable, fuel efficient and small corporate jet.

Honda Aircraft Company has assembled a world-class team of engineers, designers and aviation craftspeople for what they consider to be the next logical step in personal jet powered executive-level progressive transportation.

The upfront costs of this project is staggering: A 600,000 s. ft. state of the art development, production facility, 1,000 employees, 6 test mules built, 2,000 test cycle hours expended on the G.E- Honda engines alone, with 9 jets moving down the assembly line in various stages of assembly.

Honda has rolled the dice on a very calculated multiple billion dollar risk in entering the private aviation arena.

Serious business by any measure, the people at Honda Aircraft Company intend to produce and sell 70 to 100 aircraft per year when Greensboro meets full production schedule.

Development and certification of an aircraft takes time in the highly regulated, litigious riddled field of private aviation.

As visualized by Fujino and others in 1999, the first HondaJet prototype was introduced to the public at the Oshkosh EAA Airventure Air Show in 2003.

It was exciting then and remains so today. With a price-point comparable to that of the Cessna M2, the HA-420 offers a superior cruising airspeed of 483 m.p.h. with a dedicated service ceiling of 42,900 ft. This puts you in commercial jet range with the privacy and utility of a nicely equipped executive limousine.

With a stated range of 1358 miles, one could effectively fly coast to coast through North America in an 8 hour day, with a stop- over in Salt Lake City or Denver’s Butler Aviation for refueling and Lunch.

But truly where this bird will shine is in regional commutes between major West and East Coast cities with executive service returns before dinner.

While the HondaJet is relatively small, it does offer accommodations for a crew of two and four passengers in relative comfort, while providing adequate cargo and baggage storage.

There's a reason why a handful of HondaJet buyers have waited patiently for the delivery of their jet since 2006; there's nothing else like it in the sky today. And those fortunate enough to take delivery of a first or second run HA-420, will effectively make money on the purchase.

looking to the numbers we note that the initial(stated) purchase cost of the HondaJet has increased by no less than $200,000 per year since announced in 2010. Aviation development and testing is increasingly and exponentially expensive.

Thanks to F.A.A. guidelines and pending industry wide legal litigation,we expect this trend to continue as the HA-420 is staged for retail production. It will never be a less expensive time to order a HA-420 than it is today.