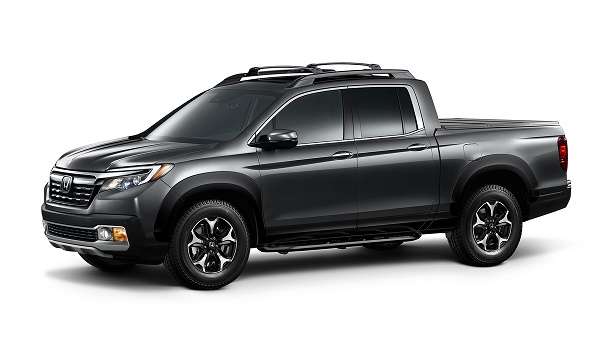 Wasting no time in presenting customization options for the 2nd generation 2017 Ridgeline Pickup, Honda rolls into Chicago with some bling.
Advertisement

Press Days for one of the oldest major Auto Shows in North America began Wednesday February 10, with the presentation of a fully accessorized 2017 Honda Ridgeline Pickup.

According to American Honda Motors, the attending press will have the opportunity to view the all new Ridgeline as well as an extensive line of dealer-available factory accessories.

Looks good, could we lift it off the road a bit?

Bringing 280 horsepower and 262 ft-lb torque to the game, Honda tells us that Ridgeline is predicted to be the quickest off-the-line pickup in the midsize truck segment. We anticipate a combined MPG of 20-to 21, depending on your driving style. This life-time truck driver can’t wait to experience Ridgeline.

Tow it, haul it, take it into the dirt

For the first time since Ridgelines debut in 2004, buyers now have a choice of either FWD ( front-wheel-drive) or AWD (all-wheel-drive) via torque vectoring i-VTM4 technology. Both options come with VSA ™ ( vehicle stability, traction control) and electronic push button activated Intelligent Traction Management ™, something that we experienced in the all new 2016 Pilot Elite. We also find a usable payload of 1600 lbs, with an anticipated tow rating of 5,000 lbs.

Put some bling on Ridgeline

Honda keeps the 2017 Ridgeline buzz going at the 2016 Chicago Auto Show with the presentation of a fully factory accessorized black on black, off-road ready Ridgeline. It’s a great look. Personally, I’d like to see a bit more road clearance. Here’s the short list:

jim loucks wrote on February 12, 2016 - 7:03am Permalink
The 2017 Honda Ridgeline will replace the now extinct General Motors Avalanche. The market for a reliable multi purpose truck has been answered. Well done Honda
Parks McCants wrote on February 12, 2016 - 12:20pm Permalink
Welcome Jim. Agreed! Although smaller than Avalanche, Ridgeline will bring back to market a similar feature or two. What will shine here, is the much improved Ridgeline interior, and greater horsepower.
pharmacy rxpills lyq wrote on June 15, 2016 - 7:53am Permalink
This is a high-grade fantastic article thanks seemly allowing for regarding sharing this informative information.