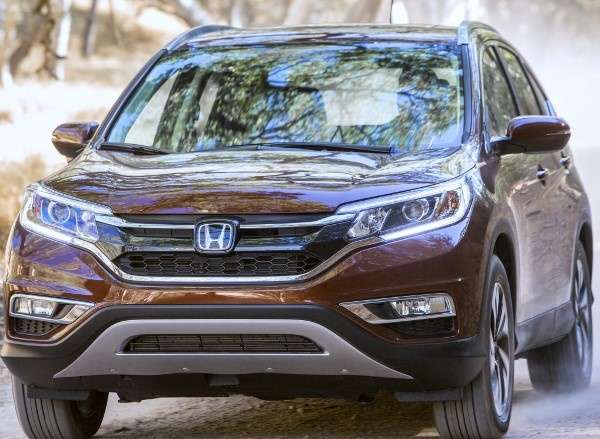 American Honda remains on an unprecedented success roll! Either that “Honda summer clearance event” is sizzling hot, or CR-V is one heck of an SUV purchase value, or both! America’s best selling SUV just broke an all time monthly sales record.
Advertisement

The best selling vehicle in American Honda Motors’ lineup for July, also happens to be the best selling SUV-like vehicle of any size in North America, the 2016 Honda CR-V 2 row SUV.

36,017 of your family, friends, and neighbors drove a new CR-V off of their neighborhood Honda lot in July, setting not only a new sales record for CR-V, but elevating AHMC to a new July record for total vehicle sales.

After several drive and ride reviews of CR-V over the years, I’ve come to truly appreciate this easy driving, transformer-like, taskmaster and family hauler. Today’s CR-V is quiet, refined, good looking, user friendly and fuel efficient. We get past a vibration issue. Note, I said past!

With a MSRP starting at $23,845 (base LX FWD) to $33,495(CR-V AWD Touring) and fuel efficiency approaching 33 MPG highway, this exceptional 2-row SUV should top the compact crossover or SUV list for anyone considering a purchase or a lease in 2016. How does CR-V hold up under multiple drivers and 10,000 tough break in miles? Here’s what Honda tells us

With strong retail customer demand driving Honda's record U.S. production in the first half of 2016, Honda sales posted another record in July with continued strong demand for both cars and trucks. CR-V shattered its all-time sales record while the new Ridgeline pickup had a strong first full month of sales even as production continues to ramp up.

Pilot and HR-V also were up as Honda trucks set a new all-time sales mark for the month. The new Civic continued its remarkable run with another record month in July.
CR-V sales rose to an all-time monthly record of 36,017 sales in July, an increase of 13.3 percent over last year

The Honda Civic broke a July sales record set in 2013, rising 5.8 percent on sales of 32,952 units
Accord sales again topped 30,000 units, keeping sales of Honda's three core models on track to top 1,000,000 units for the fourth consecutive year. Increases for both Fit and HR-V topped 25 percent in July while Pilot gained 8 percent