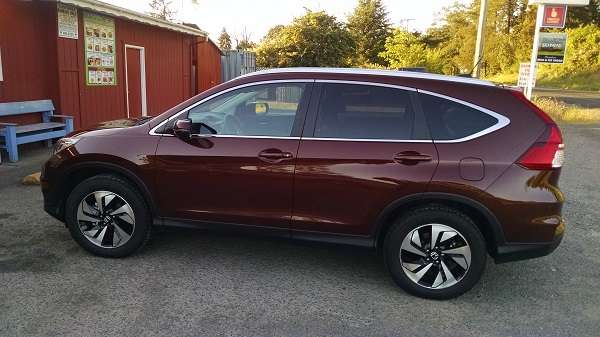 The short story: I’m happy to report that we’re receiving positive feedback from Torque news readers through our Honda CR-V Forum as to the vibration fix. Great news, after 6 months of fielding mostly righteous complaints. Based on reader comment it appears that Honda has come up with an effective vibration fix for 2015 CR-V.

A bit of history

Earlier in 2015 Torque News and others shared Honda’s straightforward response to 2015 Honda CR-V vibrations in video format. In the video Honda touched on the variables of the cause and effect of the vibration, and that American Honda had launched an earnest study as to mediating the vibration. They acknowledged the problem without debate and would remedy it!

Not good enough! Although 2015 Honda CR-V SUV remained the #1 selling SUV in North America, a handful of owners were pissed, a lawsuit was filed, and as is often said “ the rest is history.”

Prior to the Huntington Beach reveal, I wasn’t a big CR-V fan. After driving a 2014 CR-V in the Santa Cruz Mountains, I held a handful of reservations as to Honda’s best selling SUV. I found CR-V to be a bit cramped, marginally underpowered, driver-seat-uncomfortable, and a mild side roll while cornering.

Granted, I’d spent a week driving 2015 Acura MDX the week prior. Not a fair comparison. With that said, I walked away from the 2015 CR-V reveal duly impressed and was initially surprised by reports of excessive vibration.

Hey, what’s acceptable to one driver may not pass the muster with another. In speaking with Honda’s Chris Martin, that was the problem at hand as to finding a CR-V vibration remedy that would put all affected owner’s concerns at rest. It wasn’t going to happen easily, nor quickly.

Harmonic frame transferred vibrations, engine mounts, CVT shift mapping, Hatch related vibration, this is the sort list of possible vibration causes in your 2015 CR-V SUV. While the dully noted vibration has not resulted in a formal safety-related product recall, Honda recommends that any CR-V owner experiencing an unusual or excessive vibration, to contact their dealer or Honda certified repair shop immediately.