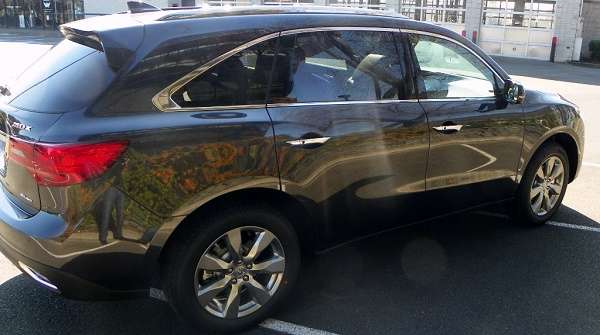 2016 Acura MDX may in-fact be the safest premium SUV on the road today.
Advertisement

For 2016, Acura is the only U.S. manufacturer to earn both the IIHS (Insurance Institute for Highway Safety) “Top Safety +” rating, and the U.S. government’s NHTSA (National Highway Traffic and Safety) “5-Star Overall Vehicle Score" across its entire lineup. It doesn’t get any better than this in the world of automotive safety.

Granted, at the core of the automotive review lies the drive impression, visual assessment of body line, interior comfort, and the overall engine, handling and performance of the subject vehicle. last on the list for most journalist are those things that you don’t see, or those safety features that can be disabled or enabled with the push of a button or the flip of a switch.

Fortunately for Acura buyers and their passengers, Acura engineering places personal safety paramount, when designing a vehicle. Such is the case with 2016 Acura MDX SUV, the highest safety rated premium SUV in North America.

As reflected through company wide car and light truck development: American Honda and the Acura Division has a realistic goal of reducing auto crash related fatalities by 50% over the next decade or so, and they're making great headway toward that end.

In many instances, long before the driver is aware of a pending collision, 2016 Acura MDX will mitigate crash avoidance to the point of taking over the wheel and brakes. In the case of collision, Acura’s A.C.E. body structure preserves the passenger safety cage while effectively deflecting impact force through advanced metallurgy and dedicated crumple zones.

How safety ratings are measured

According to Acura: "Top Overall Safety Rating From The NHTSA
Acura solidifies its position as a safety leader and innovator in the luxury segment with the 2016 MDX’s 5-Star Overall Vehicle Score from the National Highway Traffic Safety Administration. Specifically, the MDX earned five stars in the Front Crash and Side Crash tests. The Acura ACE™ body structure design played the primary role in achieving this level of safety. The Multi-View Rear Camera, available Forward Collision Warning system, and Vehicle Stability Assist™ and Lane Departure Warning systems were also taken into account."