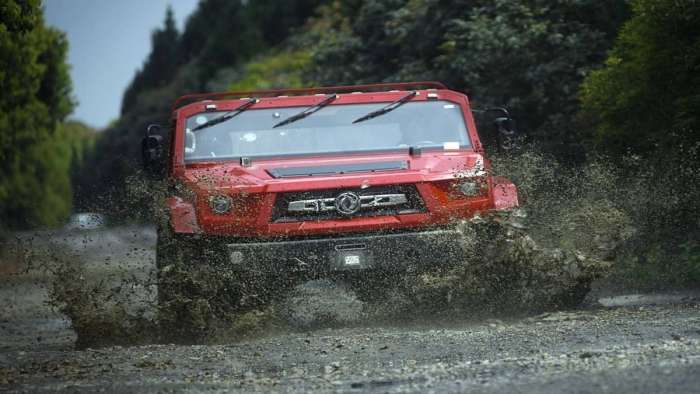 The 2022 GMC Hummer EV is already making plenty of waves in the market. That's partially due to its rugged capabilities and state-of-the-art platform. However, a new report suggests that GM's attempts to bring Hummer global may face a challenge in China from Chinese manufacturer Dongfeng.
Advertisement

According to a report from Car News China, the Hummer's global debut is not going by unnoticed and has reportedly inspired state-owned manufacturer Dongfeng to manufacture a model that would compete head to head with the Hummer EV if GM chooses to bring the revolutionary zero-emissions pickup to the Chinese market. 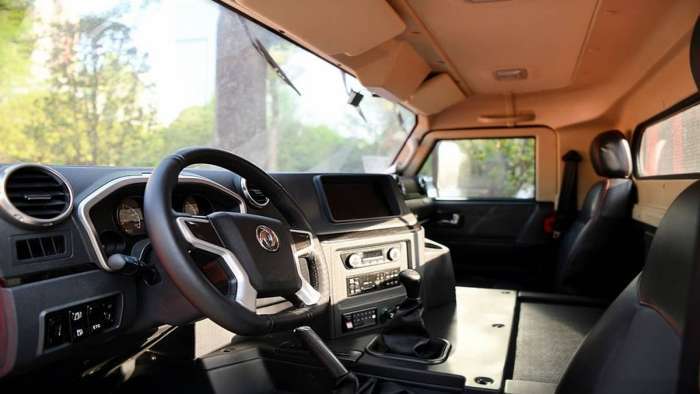 While the report didn't cite any sources for its information, the apparent move by Dongfeng would be a natural reaction to the growing market for SUVs as well as the increasing importance of electrification. The model would be a variant of the existing M50 Warrior SUV (pictured) which was inspired by the axed Hummer H1. The exterior styling, interior, and even the performance hardware appear to take select cues from the aforementioned Hummer.

This new model will go in a slightly different direction and will not carry over the existing M50 warrior name. Instead, Dongfeng is rumored to potentially name the all-electric version M with the electrified trail warrior being split into three different trims M18-1, M18-2, and M18-3. The end numbers could indicate how many electric motors it's equipped with the three designation perhaps indicating a tri-motor arrangement.

Dongfeng isn't immune to the challenges of launching new models, and the report reveals that it will be launching the M18-1 to customers first. That will make sense from a cost and practicality standpoint since that model would essentially be an electrified version of the existing M50 and that would allow the firm to use much of the existing platform and equipment to make the model. This could also mean that the other two models will go in a more futuristic direction and adopt more exotic technologies to help them woo over customers. 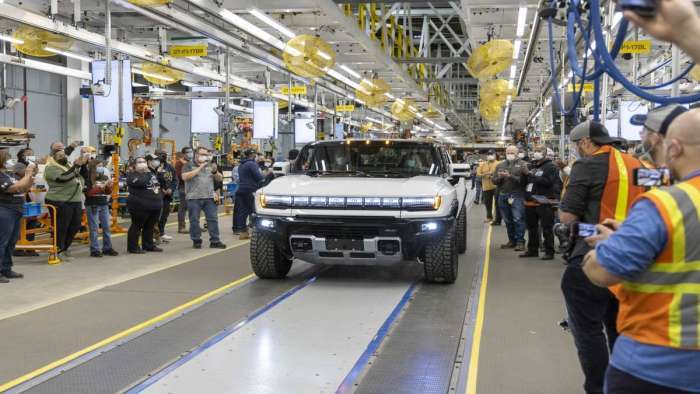 When you compare a GMC Hummer EV to some of the traits that its doppelganger has, the GMC retains a few advantages. It has better interior design and technology, while the Ultium battery configuration in some models is slated to deliver better range. The Dongfeng fires back with more projected power (1,072 versus 1,000) as well as an estimated curb weight of 6,500 lbs versus the Hummer's 9,046 lb heft.

However, the Hummer will have a quicker 0 to 60 time, and benefit from some of the features that the Dongfeng's platform can't integrate like four-wheel steering, air suspension, and other goodies. The M18-1 will reportedly debut a new platform called MORV but look for this platform to still have some of its core essentials firmly entrenched in the existing M50 Warrior's architecture as another attempt to maximize cost of scale.

The biggest advantage though that the Hummer has is its production status, with GMC recently confirming that the first wave of production Hummers are rolling out of the assembly line at GM's Factory Zero facility. In contrast, the electrified Dongfeng is still firmly in the development stages, and production isn't projected to formally begin until sometime in 2023.

While it's highly unlikely that the Dongfeng will make the trip across the Pacific to the United States due to our country's stricter safety and emissions laws, it could be a speed bump for GM if it chooses to move Hummer sales beyond the United States in the future. The Hummer would ultimately need to secure global demand in order for it to reach its full sales potential and the appearance of the M18-1 in China could be an unwelcome surprise for GMC as it attempts to satiate the appetite of SUV buyers in that country.