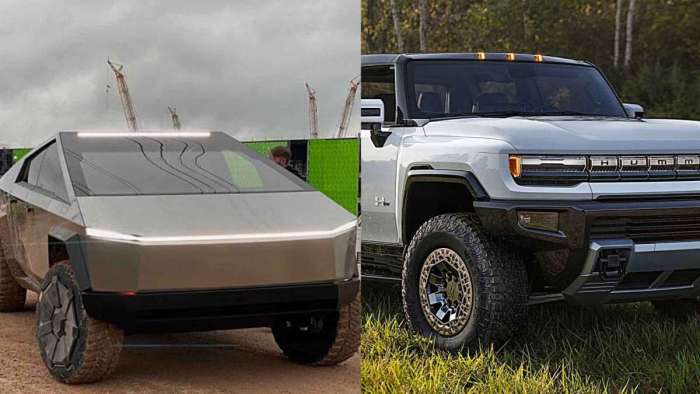 These numbers do not reflect well on the upcoming GMC Hummer EV. Notably, the launch edition of the Hummer EV, called “Edition 1,” will cost over $110,000. The base Hummer EV, called the EV2, will not come until spring of 2024 but will cost about $80,000. Tesla projects that the base Cybertruck will start around $40,000.

There are more possible reasons for its poor performance in the survey including brand perception; Hummers of the past were considered by many to be ostentatious and obnoxious. Despite General Motors’ complete overhaul of the Hummer brand (most notably, of course, by making it electric), the potential consumers polled by CarGurus much prefer the Tesla Cybertruck. 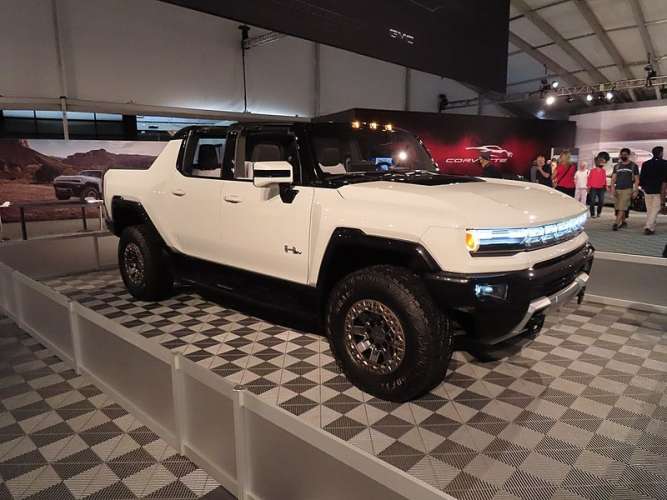 The Tesla Cybertruck has a distinct advantage in terms of uniqueness. No other pickup truck has ever looked like what Elon Musk unveiled at the Tesla Design Studio in Los Angeles in November of 2019. Its polygonal, razor-sharp styling is a complete rejection of standard truck conventions.

MotorTrend predicts that the Hummer EV will have better off-roading capabilities than the Cybertruck. The Hummer EV has the interesting “CrabWalk” feature and 15.9 inches of ground clearance.

Clearly, General Motors and Tesla have promised very capable, innovative and impressive trucks. Unfortunately for General Motors, its Hummer EV is simply not as desirable as the Tesla Cybertruck.

Check out how General Motors’ Chevrolet Trax also falls behind its competition.

Jimmy Dinsmore wrote on April 19, 2021 - 2:24pm Permalink
Here's my take on it from the Ford perspective: https://www.torquenews.com/9539/survey-reveals-ford-has-work-do-when-it-comes-electric-vehicles
DeanMcManis wrote on April 19, 2021 - 7:23pm Permalink
This was a very speculative survey considering the Hummer is not in production, the Cybertruck is due out next year, and there is only speculation known about the Ford EV F150, which 28% of the surveyed people liked, compared to 31% for the Cybertruck, and 16% for the Hummer. But the Hummer (like the Cybertruck) was never designed for mass appeal. It's a halo truck, like the Dodge TRX and Ford Raptor, that can happily go off road, but surprisingly doesn't suck gas and pollute. The Cybertruck is mostly targeting Rivian, and the future EV F150 and EV Silverado, and most importantly each of these EV trucks are really competing with the gas and diesel pickups that OWN this giant truck market today.