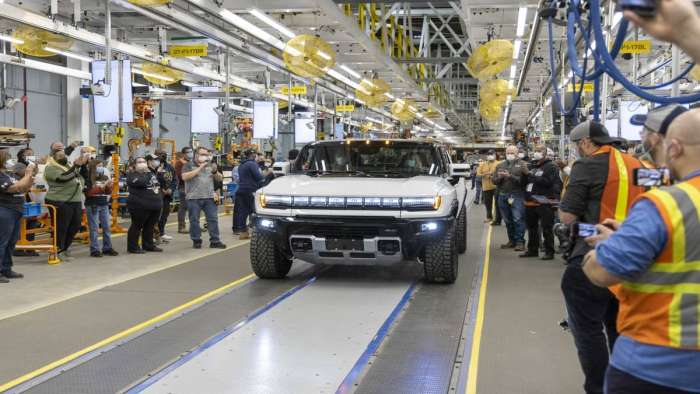 The Hummer EV pickup is already one of the most ambitious pickup offerings ever created thanks to its combination of all-electric power and otherworldly utility. A new report however suggests that the trucks had too much power and GMC was forced to dial it back.
Advertisement

The new report comes from the folks at The Drive who recently had a chance to not only take the revolutionary EV out for a spin but also had the opportunity to share some seat time with Hummer chief engineer Al Oppenheiser.

Pulling Wheelies In The Name Of Watts 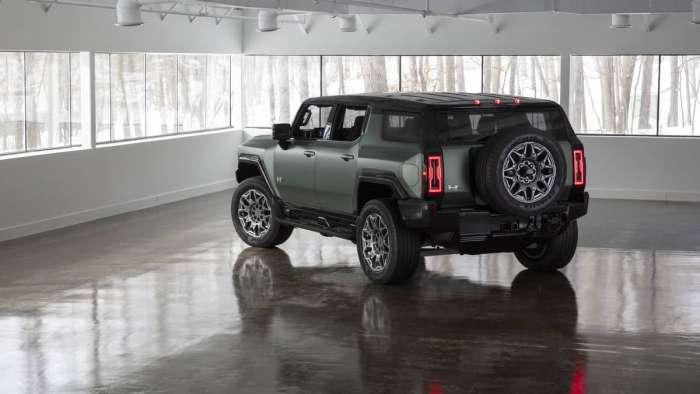 Oppenheiser revealed that when the Hummer team was developing the truck, a surprising problem emerged, wheelies. While a wheelie is something that's more typically associated with bicycles or motorcycles, it's a very different state of affairs when a 9,000 plus lb pickup is raising its nose in the air.

In the early days when we were just trying to balance front and rear torque I got the front end to lift. We had to back off the torque on the front end.

While the idea of impressing your friends with a Hummer-sized wheelie is tempting, it's also very dangerous with steering the truck becoming virtually impossible while the front is in the air which could lead to an accident. Thankfully, engineers didn't pull the reins back too much with the Hummer still projected to produce over 1,000 hp from its electric motors. It also doesn't hurt either that the big EV can fling itself to 60 mph in three seconds with Watts To Freedom Mode engaged.

Hummer Will Be Bringing Variety To Customers

For now, the only Hummer EVs that will be coming to dealer lots are the range-topping (for now) Edition 1 models which come loaded to the gills with equipment and exclusivity. Things will change the next few years after that when the EV3X, EV2X, and the EV2 versions begin trickling out into dealerships.

These models will aim to be the more accessible members of the family and they will have the horsepower that reflects this with the EV3X making 800 hp while the EV2X and the EV2 will make 625 hp. That's still a solid amount of horsepower especially when you combine that with some of the slick engineering that lurks underneath its futuristic skin.