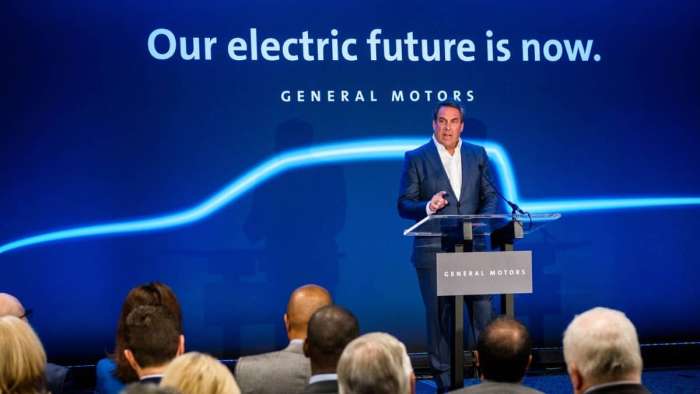 GM Idles EV Factory So It Can Build More EVs

General Motors’ state-of-the-art Factory Zero plant building a handful of EVs will be idled for a month so that it can make changes that will result in added capacity when re-opened. The plant closure starts Monday. It is not unusual for GM to close plants in July for updates.

The plant presently builds the six-figure Hummer electric vehicle expected to earn a crazy (low) 47 MPGe. The Hummer EV is a sort of super-SUV that can do novel things like crab walk its way out of tight spots and tip a scale at crazy (high) 9,000 pounds.

GM says that the Factory ZERO will eventually assemble multiple Ultium-based vehicles, including the fully autonomous Cruise Origin purpose-built for driverless ride-hail and delivery, the GMC HUMMER EV Pickup and SUV, the Chevrolet Silverado EV and the GMC electric Sierra Denali. Thus far, only a handful of new generation BEVs have tricked forth from the plant.

The plant gained notoriety back when President Biden was still snubbing Tesla in press conferences and naming GM the leader in EVs. It’s been “open” using the name Factory Zero since November of 2021. Also known as the Detroit-Hamtramck Assembly plant, GM has used the plant to pump out everything from the Pontiac Bonneville to the Chevy Volt since 1985.

Starting in the fall of this year, the plant will not only assemble vehicles but also assemble Ultium battery cells into modules and packs for a variety of vehicle designs. GM is planning not just its own line of EVs, but is also partnering with Honda, which is one of the very few automakers who presently delivers fewer American-market battery-electric vehicles than GM. In Q1, GM reported deliveries of less than 100 Hummer EVs. The projection for all of 2022 is around 500 units.