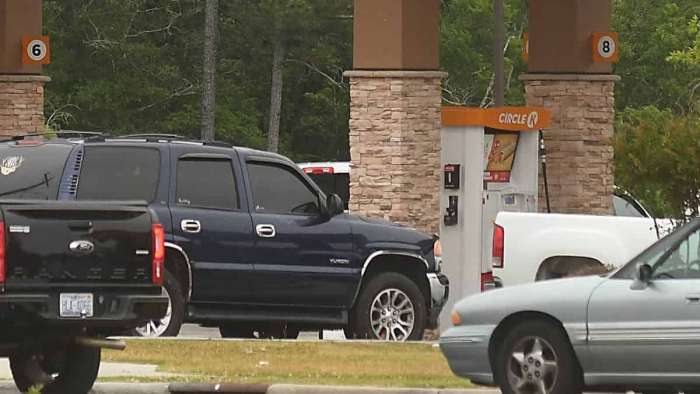 Hoarding gasoline during a time of shortage is not a good idea. Worse is when you stick the gasoline into not one but four open containers and leave them in the rear of your Hummer. The vehicle's owner found out just how bad an idea it was after it burst into flame and his Hummer was destroyed.
Advertisement 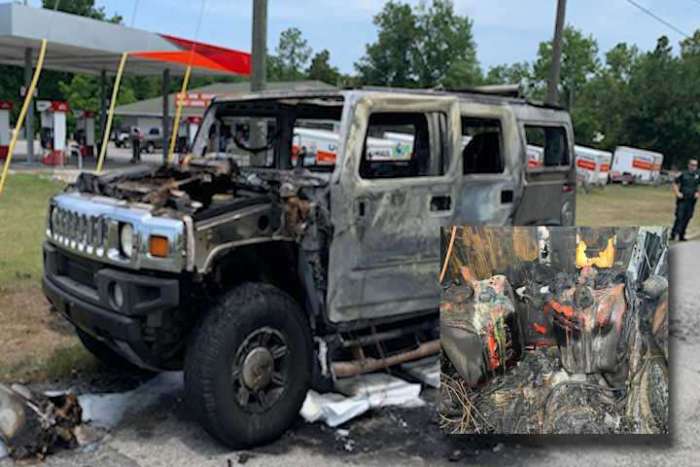 You've probably heard by now that the Colonial Pipeline has restarted. The pipeline, which ships gasoline up the East Coast, has been down for the last couple of weeks. It was the victim of a ransomware attack for Colonial ultimately paid the ransom of several million dollars.

Naturally, over the last couple of weeks, as gasoline supplies dried up, especially in the Southeast, people began to panic as they saw more and more gas stations with "No Gas" signs standing out prominently in front. Indeed, the few gas stations with gasoline in their pumps had long lines of vehicles in front waiting for gasoline. Gasoline is only one commodity that has disappeared. The computer chip shortage has driven up car prices as demand has freshened for new vehicles. I looked at the problem of shortages and the results of them here.

Those drivers who have been able to obtain gasoline have also filled extra containers with petrol – as they say in Britain – little realizing that they are putting their lives in danger by filling the extra containers. The containers ranged from standard gas cans to, most foolishly of all, plastic bags full of gasoline.

Of course, no one thinks about the danger of hoarding gasoline in gas cans and plastic bags. Drivers, who have been on the road for many years, think the fluid they put into the tank isn't all that dangerous. It is, after all, just gasoline.

Well, here's the truth: as little as two-and-a-half gallons of gasoline has the explosive power of five to seven-and-a-half sticks of dynamite. Yes, you probably have seen videos of people drowning lighted matches in gasoline, which is true. A container of liquid gasoline will snuff out a lighted match or cigarette simply because of the amount of liquid.

Where it becomes explosive is when the gasoline starts to off-gas and fills the air with fumes. That's what happened to a Hummer this week. The container of gasoline that the owner had stored in the cargo area filled the vehicle with fumes. All it took was a spark from an electrical source or a device like a smartphone to set off a dense mass of gasoline fumes.

Hoarding Gasoline Not A Good Idea

The bottom line is that hoarding gasoline in a vehicle is probably one of the silliest ideas in history. It comes from the idea that with the gasoline pipeline down, there's nothing left for people to use to keep their vehicles running.

Some have compared this temporary scarcity to the gasoline shortages engineered by the Organization of Petroleum Countries (OPEC) in the 1970s. The difference was that OPEC was a virtual monopoly at that time, so that the scarcity they engineered was worse.

OPEC managed to enforce its monopoly, which led to long nationwide gas lines, odd-even days for gas distribution, and, among other things, limits on the amount of gas allowed per customer.

The gas shortages of the 1970s were internationally organized and lasted for months. A group like OPEC didn't organize the current gasoline shortage. Instead, it was the result of a ransomware attack on the Colonial gasoline pipeline. During the last two weeks, Colonial apparently tried to either solve the problem itself or bluff the hackers out, but in the end, they paid the ransom, and they cleared up the attack.

Still, it does not lessen the impact of the "gasoline shortage." Though it was only a relatively short time, drivers across the Southeast responded with panic. There long lines of cars waiting for dwindling supplies, some fistfights broke out, and there was widespread hoarding.

It's funny, too, that having lived through the gas shortages of the 1970s, I have never seen such a display of complete panic as I have today. Back in the 1970s, folks responded to the months-long gasoline shortages with a patience that doesn't exist today. It is incredible just how fast the existing gasoline supply was drawn down to nothing by the panic of the bulk of the vehicle owners in the Southeast.

It will gradually end, prices will fall as supplies grow again, and people will quickly forget the "gasoline shortage." Indeed, they will also forget why they carried added gasoline in their vehicles, and they certainly won't remember the danger that came with the hoarding.

So What Is The Lesson?

Is there a lesson in this? The only plausible one might be this: it's time for electric vehicles that aren't dependent on gasoline.

During fuel shortage, electric vehicles will increase in popularity. 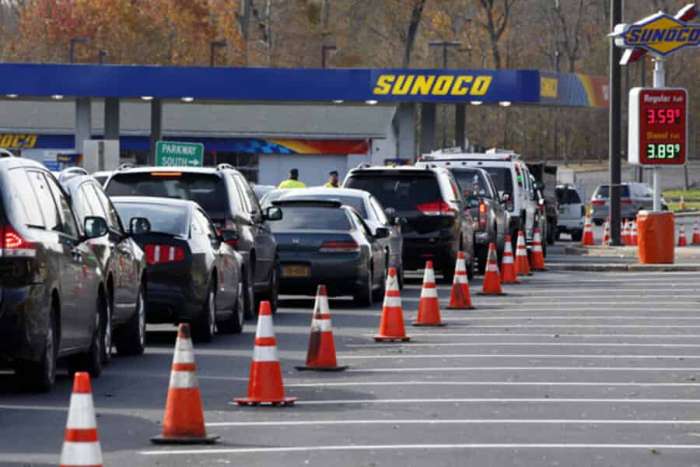