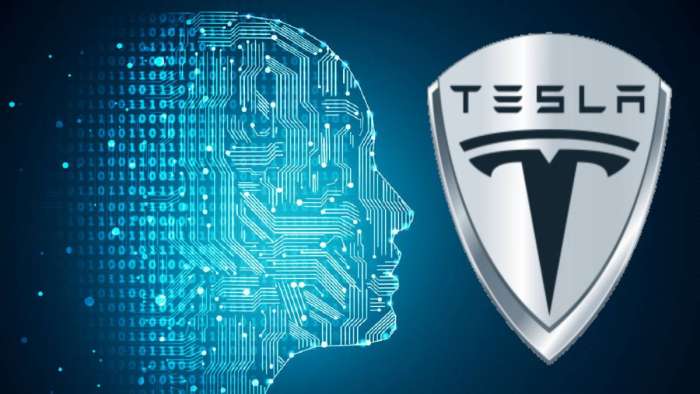 What I'm Looking Forward to From Tesla AI Day

Tesla AI Day is happening tomorrow. I'm excited and am looking forward to the following things being discussed.
Advertisement

Tesla AI Day is happening tomorrow. Elon Musk has stated the primary goal of AI Day is to attract talent to Tesla. I think the angle he will take with AI Day is to talk about upcoming projects, why they are exciting and beneficial, and the current challenges/problems that need to be solved to accomplish them.

Here's what I'm looking forward to:

There has been a Twitter video being shared of Grimes (Elon Musk's girlfriend) who is next to a robotic dog from the company, Boston Dynamics, and the word Tesla is on the dog. There is also a video of two human-like robots walking and jumping around an obstacle course. Here are both of those:

Is this a hint for AI day ?@Grimezsz @elonmusk @Tesla pic.twitter.com/2jenkQ1GSN

Parkour is the perfect sandbox for the Atlas team to experiment with new behaviors. Through jumps, balance beams, and vaults, we push Atlas to its limits to discover the next generation of mobility, perception, and athletic intelligence. https://t.co/xZRNVnhrkc pic.twitter.com/E0ssh45ZCi

I'm looking forward to hearing about applications for human-like robots as well as dog-like robots that could carry out tasks like carrying packages, or assisting around the home with cooking and cleaning.

I also think a human-like robot could manage a super-charger station for robotaxis and make sure each vehicle is being charged properly by plugging in the charger, and doing basic tasks such as cleaning the vehicles. I'm sure there's more applications I'm not even thinking of.

Tesla has released version 9.2 of its vision only system for full self-driving (FSD) and it seems to be improving with small steps in each version. I want to hear about what the current biggest challenges are for FSD. Is it just a matter of getting more videos to train the neural net, or are there other specific problems that need to be solved?

I think Tesla will talk about the special configuration of computer chips that has been floating around Twitter and what challenges there are with hardware and software that need to be solved for FSD to get to level 5.

I'm also interested to hear how Tesla tracks FSD and how it is improving. I don't think FSD can use interventions and disengagements going down as a measure of improvement, since sometimes, humans are going to do the wrong thing. I do think that as FSD improves, those will go down, but what measures of success does Tesla use?

The Future of Dojo

Dojo is Tesla's training system. Dojo will take short videos and feed them to the Tesla Neural Net in order to train it better on driving.

I want to know if the special configuration of computer chips (floating around Twitter) will be used for Dojo, FSD, both, or for possible other applications.

I think the biggest challenge for Dojo is going to be storing the millions of videos, feeding those videos to the Neural net, and the bandwidth required to do so. Finally, the results of the video processing needs to be applied to the Neural Net. Those are 4 things that will need to be optimized and solved:

Tesla's Neural Net is only used for autonomous driving software and autopilot at the moment. I want to hear from Tesla what other possibilities there are for the Neural Net.

Seeing the videos of the Boston Dynamics robots makes me think Tesla has a chance to use vision systems on human-like robots, robot dogs, or robot flying machine's to do things like deliver goods out of vehicles, or to eventually fly people around.

That's it, those are the main things I'm thinking about for Tesla AI Day. In order to attract talent, Elon Musk is going to need to talk about an exciting future and possibilities and needing talented people to bring those possibilities to reality.

Timothy Boyer wrote on August 19, 2021 - 1:47pm Permalink
All good questions that I hope will be addressed. But you forgot about the personal jet pack elephant in the room---if anyone can finally accomplish this as a practical product, I think it will be Tesla.