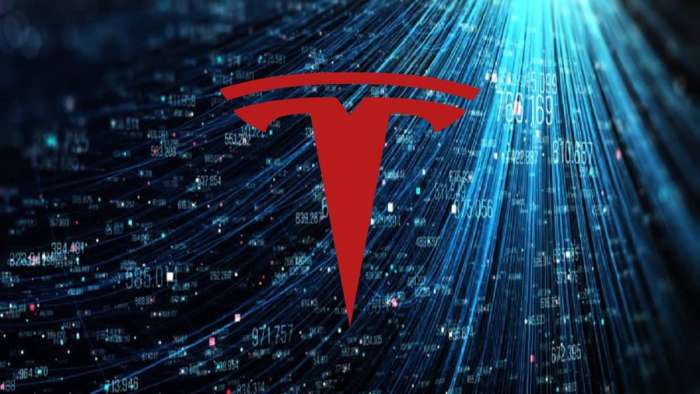 Tesla AI Day - What Are We Going to See?

Elon Musk just announced that Tesla AI (Artificial Intelligence) day will take place on Thursday, August 19, 2021. This is an exciting time for Tesla and Tesla is seeking top talent in the world to join its AI team.
Advertisement

Elon Musk has announced Tesla AI day and that the primary reason for AI day will be to convince top tier AI talent to join Tesla.

What To Expect From AI Day

I think we can expect the following on AI day and then I have some nice surprises that would be cool to see on AI day.

Tesla's biggest push into the field of artificial intelligence is creating a car that can drive itself without human intervention. Right now, Tesla is at a level 2 system. A level 4 system is what is required for autonomous driving and level 5 will likely mean the steering wheel is removed from the car and no intervention is ever required.

I expect Tesla to talk about where their FSD is now and where they see it going in the future. One of the things that I'm sure they will mention is Dojo.

Dojo is Tesla's up and coming project for a mega super computer that will provide video training for Tesla's neural net. The name Dojo comes from Japanese for a place of immersive meditation, learning, and training. Like a karate dojo.

I want to hear about how Dojo will run and any updates on the amount of data that it will process. Will it still just be 10 second video clips? Will it train weekly? What kinds of videos will be given to Dojo? Will those videos be human edited first? How long will it be until Dojo comes online?

Dojo is the main thing that will get Tesla to level 5 full self-driving. It's how it will handle all the odd cases in the world.

Tesla's neural network is how it is able to create a real-time rendering of the environment around the car using 8 cameras. The neural net needs to have the ability to detect objects, road markings, pedestrians, and other cars in the near vicinity and at a distance.

The neural network will get trained by Dojo to be smarter and smarter and to recognize more and more things. For instance, poles are not well recognized right now and the same goes for animals. This will improve in the future.

I want to hear at AI day what additional objects are going to be recognized, what the blue car means on the Tesla FSD screen, if there will be further distance viewing than what is shown now, and how fast Tesla thinks the neural net can be trained (daily, weekly, or monthly).

During AI day, I would expect to hear any additional improvements that will be made to the vision system. Will there be more powerful cameras in the CyberTruck? What about new Model Y vehicles produced in Austin, TX, and Giga Berlin? Will old cars be able to upgrade their cameras as better hardware comes out?

I'm also interested in hearing about what advancements will be made to enhance vision to super-human levels. Will we see infrared or night vision added to the cameras, or will they stay completely vision oriented as is?

A while ago, I wrote about Tesla having a secret weapon and that was its safety features.

These safety features will prevent a Tesla from unintentionally accelerating into people, walls, and ditches, as well as proactively predicting when to move away from a moving vehicle.

I'm looking forward to updates on these safety features and any additional features that will come as Tesla trains its neural net.

Features that Would be a Nice Surprise

There's other features that I think would be interesting and add to the theme of artificial intelligence. Here they are:

Automatic features (calendar, no need to start the car, etc...)

Elon Musk has talked about having the car become more like a mind reader of its driver and doing things like turning on when the owner gets in the car. Or unlocking the door as the owner approaches.

I want to hear more about automatic features and convenience like having the calendar of the owner and being able to predict where the owner wants to drive at any given moment.

There has been some speculation from Tesla analysts that Elon Musk might build in Bitcoin, Ethereum, or Dogecoin mining into Tesla vehicles. So far, I haven't seen this happen, but you can never say never when it comes to Elon Musk. If there was a system that started mining cryptocurrency when the vehicle was fully charged, or was running as a robotaxi, that would be interesting. Even better would be solar panels on the CyberTruck to make this use clean energy and be efficient.

Last, but not least, I would love for Tesla to start to build a personality to the car - or allow the user to customize a car personality. Features like voice customization for navigation already exist, but I'm talking more on the level of Knight Rider and his car, Kit. In the TV show, Michael Knight can converse with the car and get feedback like he is talking to a person. I think this would be a differentiating factor. Someone please tell Elon Musk about this!

What do you think about Tesla AI day? Are any of these things going to be mentioned? Will Tesla add personalities to their cars?

Leland wrote on August 15, 2021 - 11:57pm Permalink
Thanks for the great information about Telsa's coming AI day. How does one get invited to attend or listen via the internet? Thanks, Leland