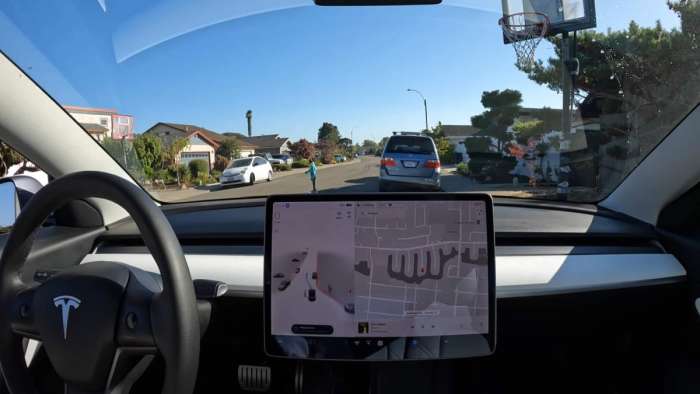 It Turns Out That Tesla's FSD Does Not Run Into Children

Tesla FSD was under attack recently and we have a video from Whole Mars Catalog running a series of experiments on the road with Tesla FSD to see if it will stop for children.
Advertisement

It Turns Out That Tesla's FSD Does Not Run Into Children

After a recent video where a setup was created using a Tesla vehicle and FSD to run into a mannequin child, we have a video of an actual Tesla driving using FSD beta with a variety of people and children, along with mannequin's to see what FSD will do.

Tesla was falsely accused of running into children in a weakly constructed experiment which was talked about recently. In this experiment, cones constrained the vehicle, the accelerator was pressed down and FSD was engaged while at high speed to show a Tesla hitting a mannequin of a child. This "experiment" doesn't represent real world scenarios and is a deliberate attempt to smear FSD from a competing company.

In the first test drive of Tesla FSD with a mannequin child on the street, the Tesla vehicle refused to move forward.

In the fifth test, an adult walked out in front of the Tesla while FSD was engaged. The Tesla slowed down and stopped for the person in the middle of the road.

For the eighth and final test, the Tesla went at a higher speed toward a mannequin in the road, and the Tesla still slowed down and went around it to the right without hitting it.

This was a very important set of tests and experiments. First, the video quality is top notch. Everything can be seen clearly. It was also done with real world conditions, with mannequin children and real children.

You can watch the full video HERE.

What do you think about this series of experiments from Whole Mars Catalog? Does this video show that Tesla FSD will not hit children?