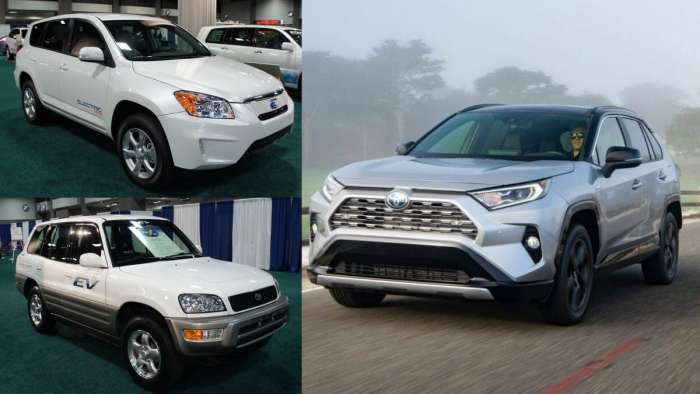 Toyota Hinted At An Electric RAV4; What's The ICE One Like?

Toyota, as a brand built a reputation of reliability in the 80s and 90s. The 2000s seemed a little rocky for them, with vehicles like the Solara and Venza not being the star performers that companies hope for. Regardless of their foibles, the Japanese automaker has managed to regain a lot of that reliability cred. The RAV4 is one of Toyota’s most popular choices and hopefully a BEV version will be on the way soon.
Advertisement

Today, I got to hop into one of Toyota’s well known small SUVs, a 2021 RAV4 XLE. This little vehicle is actually a lot peppier than I’d expected, but it seems to have a hard time dealing with the wet roads in a Florida June. The interior is nice and quiet, perfect for listening to an audio book while you’re driving. I haven’t taken it through the car-wash yet, but even the harder rain this afternoon didn’t make it difficult to make out the words, despite my terrible hearing. 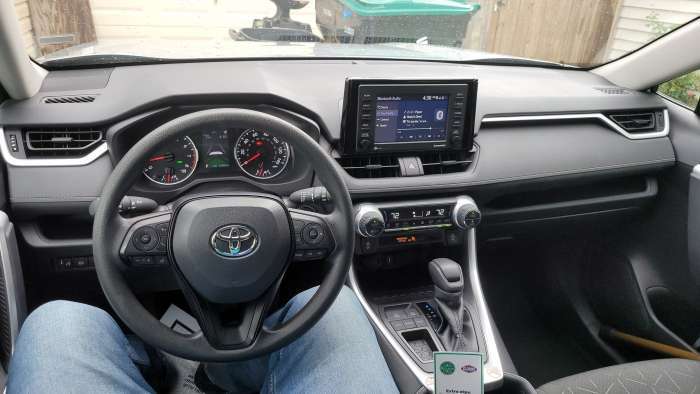 While the interior is relatively comfortable (remember that I have longer legs than most, so it’s probably more comfortable for most of you), its styling isn’t memorable and leaves a little to be desired. The infotainment center in the middle of the car is kind of harsh and sticks out like a sore thumb, not at all like the integrated display in the Mercedes EQS or even my Challenger R/T with Uconnect. It was easy enough to pair my phone with the car and the sound system itself is actually both potent and crystal clear even though I’m not in the nicest trim.

In central Florida, summer is usually pretty wet and sticky. It’s usually humid outside and the temperature is frequently over 90 degrees Fahrenheit. When it’s not raining and wet, the pavement sticks nicely because it’s hot enough to make those tires bite (hot enough to burn your dog’s toes, too, so watch out!). When it rains lightly, Florida roads often become slick because they’ve got a lot of crushed up shells mixed in. The first 15 or so minutes of a rain storm makes oils from the crushed shells seep up and makes the road very slippery, almost like ice. I mention this because the RAV4 that I’m in had a very hard time managing the wet roads. Without turning the traction control off, it was easily able to spin tires and lose traction. When a FWD vehicle loses motive traction, it suffers understeer. The nose keeps plowing on in the direction of travel, despite the turned tires. With my Challenger, if it breaks traction in a turn, the rear starts to move faster than the front and causes over-steer… also drifting. I definitely wouldn’t say that the RAV4’s traction control felt unsafe; just it felt a lot more forgiving and willing to slip than what I’m used to. My Subaru’s symmetrical all wheel drive meant that I almost never had lost traction, and the Challenger is easy enough to baby thanks to its manual transmission.

The RAV4’s engine provides a lot more get up and go than I’d expected. It’s nothing like a sports car, but it’s not supposed to be. It can easily get you onto the highway safely, and I even found myself occasionally pushing past the speed limit without meaning to because the ride was very smooth and enjoyable. It’s not the plug-in hybrid, but it feels like it’s got better throttle response than my Legacy did. One of the things that I find most interesting about the RAV4 though, is that even in eco mode, it doesn’t baby the engine as much as I’d expect. It pushes up into the 5k RPM range even with me lightly depressing the gas pedal. Even though my husband's Fusion Energi hybrid has an electric engine, it feels lethargic compared to this little Toyota.

While ECO Mode is active, the RAV4 has a start/stop system that turns off the engine in certain situations. It was actually a little bit strange the first time it happened to me because the engine just died all of a sudden and then, as soon as I had my foot off the break, the engine was running again. GM recently stopped putting a start/stop system in many of their vehicles in an effort to reduce the number of chips needed in their vehicles. There was actually a fully electric version of the RAV4 available in California in ’97 and 2014, but with Toyota’s plan to electrify, they’ve hinted that it might make its way onto the world’s street again soon.

The PHEV RAV4 Prime would have been much more fun to drive. It’s got a faster 0-60 thanks to the high torque available at low speed from the electric motor. The FWD of the RAV4 didn’t seem as effective at getting power to the ground as it could have been and the Prime would have definitely helped with that too, thanks to its All-Wheel-Drive. Due to the current vehicle shortage, rental choices have been slim.