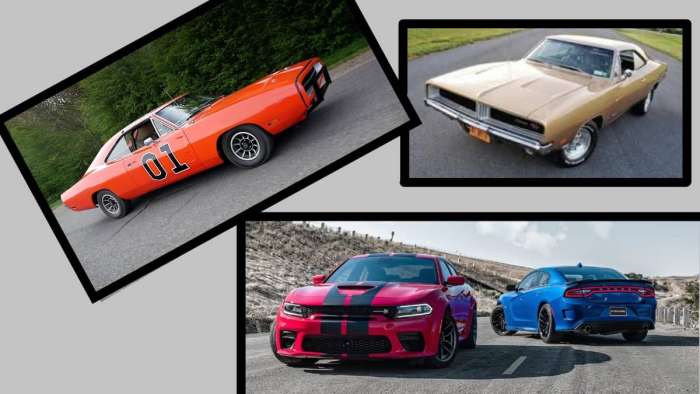 The Dodge Charger is a muscle car icon. From the debated General Lee to the new 2021 Hellcat Redeye that’s pushing 797 horsepower and zips from 0-60 miles per hour in 3.6 seconds, Chargers rank highly on most driving enthusiast’s lists of cars they want to try to do questionably safe things in.
Advertisement

In its most recent iteration, the Dodge Charger is equipped with an 8 speed automatic transmission that helps rocket it around quite handily. Most drivers will find this at least familiar, if not easy to control in its more powerful variants. I’ve had a close friend who is particularly fond of Shelby Mustangs that has said the Hellcat Charger feels “almost too fast for the street.” Which is of course a phrase that you will probably never hear me utter other than when I’m quoting someone else.

I’m not a huge fan of automatic transmissions; but It’s impossible to deny that at this point computers are just faster shifters than humans and more capable of being in touch with all of the various variables of driving that allow a vehicle to reach insane speeds. Automatic transmissions with ridiculously short shift times rule the drag strip, and even I have to admit that automatics are more Accessible to folks with differing degrees of skill or physical ability.

Just about anyone can hop in the driver’s seat (after reviewing their laws and learning how to operate a vehicle with the help of a qualified instructor) of an automatic equipped vehicle and pilot it down the road. It does take some skill to keep some cars, like the Hellcat powered Charger under control, even with traction control on. We can see examples of that here:

I am not the best driver in the world. I love driving and I can maintain control of my vehicle at (thus far) speeds of up to 135 miles per hour. I’ve managed a controlled 360 spin and I’m getting back into doing some therapeutic driving in the challenger, but I will say that the Scat Pack Charger that I managed to take out for a spin in 2019 held the road without much trouble for me. I’m a big fan of the 392 cubic inch motor stuffed under the hood and should my budget change substantially, I may have to trade in my Billet Clearcoat Challenger for another Dodge. The automatic, when I drove it, managed to put down a 4.5 second 0-60 that not only doubled my heart rate, but also left some nice marks on the pavement, while still seeming very manageable. The manual takes a lot more effort and, while I love it, I have to admit that some people may find the automatic 8-speed in the Charger a much better fit for their own needs. 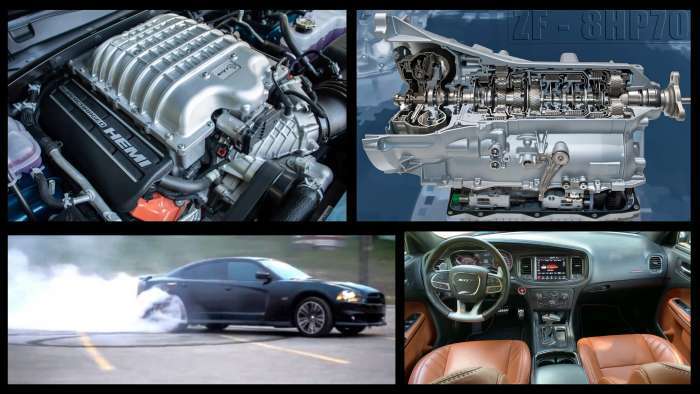 Any reason you have to purchase your car is a good reason, but some reasons I’d consider an automatic again in the future is lots of stop-and-go traffic, more leg room thanks to fewer pedals, and just in general ease-of-driving. Drivers that don’t care about the heady interaction that a manual transmission provides can still have a very fun experience and it’s my opinion that if you’re going to go with a gas engine, you might as well go with a big one.

Putting power to the wheels can be a chore for big V8 engines, but modern automatic transmissions, like the ZF 8 speed found in the Charger are great at modulating the extreme horsepower and torque made available by the huge V8 motors used in these wonder steeds. The ZF design originates from Germany but is produced for Chrysler under the licensed name “Torqueflight”. We’ve seen this fantastic design used in everything from the BMW 7 Series to the Aston Martin Vanquish and several Audis, showing its versatility in many vehicular applications, not just enormously powerful sports engines, but also high-revving models seen in the European market.

I don’t think that I’ll ever really be a “fan” for an automatic transmission. Maybe it’s my shortcomings as a driver, but I cannot do all of the silly things that I love doing with a computerized shift-box. I can enjoy driving the car, but I am not skilled at initiating drift with automatics. A clutch makes that much easier and as such, I’ll stick with my 6 speed Challenger for now, but if you’re not planning on slinging your car sideways, may I suggest the 8 speed automatic Charger?

Mark Day wrote on April 29, 2021 - 2:11pm Permalink
I've driven a BMW with this transmission - at the time I didn't know the trans origin. This ZF eight-speed is so good it boarders on magical. I don't want anything else in my next vehicle.