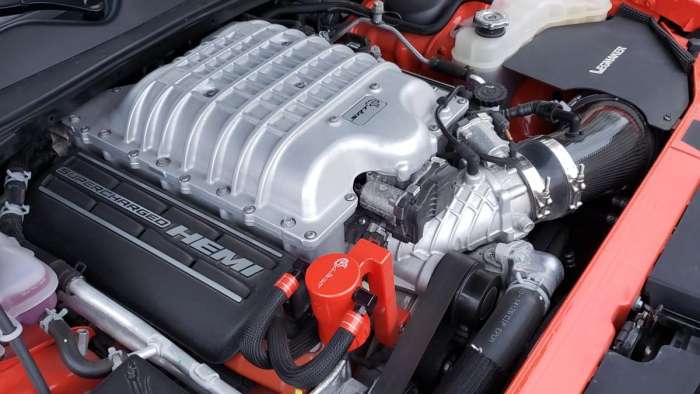 Dodge Charger and Challenger models with the Hemi V8 are selling well and tightening emission restrictions aren’t going to completely kill off the big engines within the next few years.
Advertisement

Yesterday we talked about rumors of the Dodge Charger being discontinued after the 2020 model year and how they were absurd. Surprisingly, discussions of the end of the Charger led to another rumor that I don’t believe is true – that the Hemi V8 engines will be discontinued for the 2021 model year.

The “end of the Hemi” is a rumor that I have literally been writing about and refuting for the past decade. While we are likely to see an increase in small, more-efficient engine options, there is no reason why FCA would discontinue some of the Hemi engines in performance models including the Dodge Charger and Challenger for years to come. More importantly, there is absolutely no reason why the Hemi V8 engines would be discontinued for 2021 when we take into consideration the path of the current federal fuel economy regulation schedule.

Hemi Dodge Charger Sales are Strong
First off, the biggest reason to keep the Hemi V8 in the lineup for the Dodge Charger and Challenger is that these big engines are selling like crazy. Unfortunately, FCA doesn’t break out sales numbers by engine size (nor do other companies), but we know from unofficial reports that all three of the Hemi engines offered by Dodge are accounting for the majority of sales in the Charger and the two-door Challenger.

The most common reason that an automaker discontinues an engine or a type of engine is that it isn’t selling well, but we know that is not the case with the Dodge Hemi engines. The 5.7- and 6.4-liter mills have long been hot sellers and since 2015, the supercharged 6.2-liter Hellcat Hemi has accounts for tens of thousands of units. 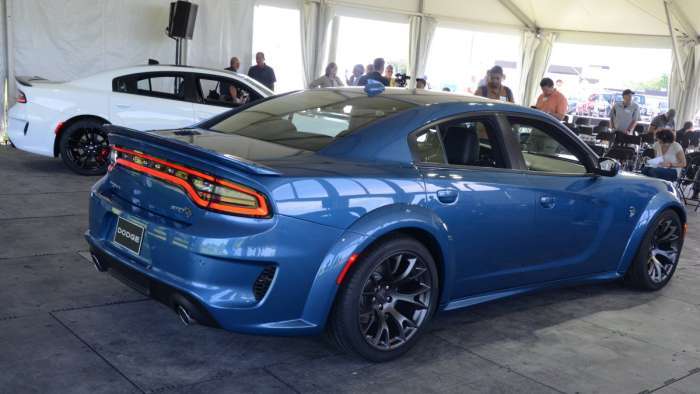 However, we all know that the rumored “end of the V8” is about emission requirements, not sales volume, but there is nothing happening in the next two years that would force FCA to discontinue the Hemi V8 engines.

CAFÉ Laws in the Coming Years
Many people who are unfamiliar with how CAFÉ laws work will read that vehicles are required to get 54.5 miles per gallon by 2025 and believe that every vehicle on the road will have to get 50+ miles per gallon. That isn’t the case by any means. For example, for 2019, the CAFÉ fuel economy requirement is 42.5 miles per gallon, which increases to 44.2 in 2020 and 46.1 in 2021.

That is being the CAFÉ fuel economy requirement number that we often hear discussed in the media is a fleet-based average. Every car sold factors into the fleet fuel economy number, so cars with more power that sell in lower numbers – like the Hellcat Charger – have a much smaller impact on the CAFÉ score for FCA than do the stronger-selling V6 models.

This is why it is important for FCA (and every other automaker) to offer popular, efficient models, as they help lift the overall company fleet fuel economy number. In other words, efficient subcompacts and boring little hybrids are literally helping to keep high performance models alive, but that isn’t the point here. The point here is that there is no massive change in fuel economy laws between now and 2021 which would cause FCA to discontinue to Hemi engines.

The End of the 5.7 Hemi
Over the past few years, there has often been a rumor that the 5.7-liter Hemi would be replaced by a more fuel-friendly six-cylinder mill with forced induction. I have heard that it could be an inline six and others insist that it will be a V6, but it is expected to use forced induction to offer similar power to the current 5.7-liter Hemi in the Charger and Challenger R/T.

This 5.7-liter Hemi was the engine that introduced the modern era of the Hemi back in the early 2000s and while it has seen some upgrades over the years, it is very old by modern industry standards. It is unrealistic to believe that this engine will never be replaced and with it being a high-volume option, it would make sense for FCA to replace it with something that offers similar power and better fuel economy. A six-cylinder with forced induction would do just that, and I believe that in the next few years, we could see the 5.7-liter Hemi “replaced” by a six-cylinder mill with forced induction.

That being said, the end of the aging 5.7-liter Hemi does not mean the end of the other Hemi engines, and in introducing a high volume motor that would replace the 5.7-liter Hemi, the overall fuel economy figure for the Dodge brand would improve. This would allow the engineers to continue offering the higher performance engines like the 392 Hemi pictured below and keep in mind that the number is based on sales volume. That means that by limiting the production of something like the Hellcat Charger, the company can limit the impact of the performance model on the company fleet fuel economy figure. 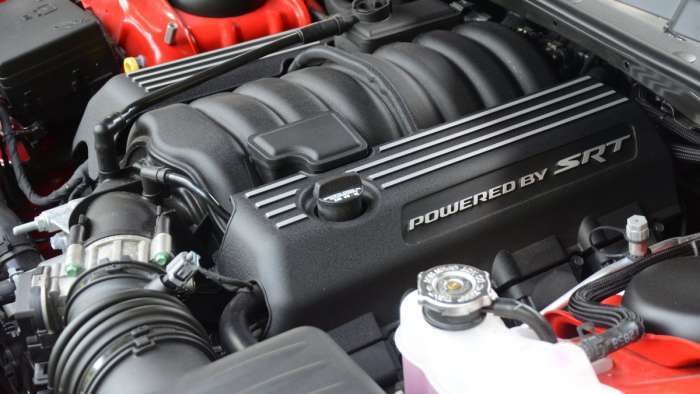 For example, if the company projects that they will be in violation of the fleet fuel economy figures for the 2021 model year, they can figure out how many units of the Hellcat Charger or Challenger that they can sell without pushing the fleet MPG number too low. While that will make models like that harder to get due to lower production volume, that simple example shows how easily the company can keep Hemi engines in the lineup without causing a problem with government fuel economy laws. At the same time, the company can also purchase credits from other automakers to prevent a fine under CAFÉ, which is the only penalty. That is often ignored in these discussions – that when an automaker fails to meet the CAFÉ fleet fuel economy number, they have to pay a fine. It isn’t like the company has to stop selling certain models or anything like that – they just pay a fine and move forward.

In any case, nothing is happening between now and 2021 or even by 2025 that will force FCA to stop selling all Hemi V8 engines, but with the weighted layout of the CAFÉ laws, all muscle car lovers need to embrace the popularity of fuel-friendly vehicles, as those help keep performance vehicles in dealerships.
Patrick Rall @TheAutoBeard is the Managing Editor of Torque News. Please follow us on Twitter at @TorqueNewsAuto, Facebook and send us tips. You can also Follow Patrick on Youtube.