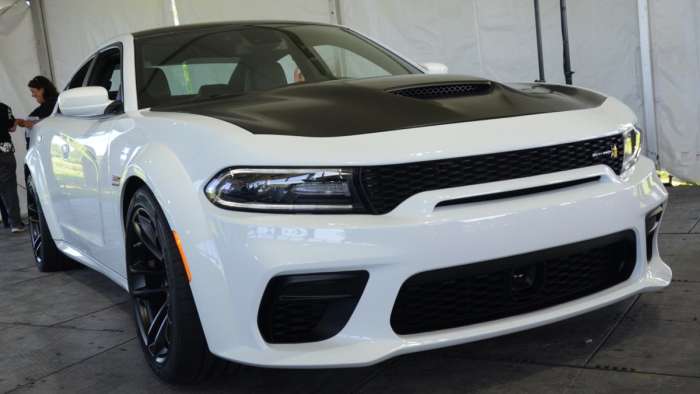 2020 Dodge Charger: The Future is Bright

The Dodge Charger is more powerful than ever for 2020, but despite unfounded rumors, the high performance Mopar super-sedan should be available for years to come.
Advertisement

In addition to writing about the automotive industry, I am an active member of the muscle car community, regularly participating in social media groups and forums dedicated to the Dodge Challenger, the Dodge Charger, the Ford Mustang and the Chevrolet Camaro. In these groups, I see a great many posts with claims of future plans and in most cases, that bad information comes from YouTubers or dealership employees.

This morning, I came across a post by someone who was told by someone at their local Dodge dealership that the Charger would be gone for 2021. According to the person at the dealership, the Chrysler 300 will also be gone in 2021, with FCA transitioning away from large cars to focus on trucks and sport utility vehicles. I was quick to comment on that first discussion that the idea of Dodge killing off the Charger within the next year was absurd, but when I saw a similar discussion in another group, I figured that it was time to address this ridiculous rumor.

Mind you, we don’t have any solid evidence from FCA that the Dodge Charger and Chrysler 300 will continue on past 2020, but our safe money says that the Charger is here to stay for years.

The End of Cars
If you are only marginally interested in the automotive world, you have likely heard that both Ford and General Motors are planning to transition away from cars to focus on their stronger-selling trucks and SUVs. Based on that, this rumor of the end of the Charger after 2020 might seem possible, since the bestselling vehicles from FCA are trucks and SUVs, but I think that the discussion of companies going away from cars is great exaggerated.

While I fully expect to see less cars offered by Ford and General Motors, neither of those companies are going away from cars altogether. It is expected that they will discontinue their slower-selling models, but what many people forget is that FCA did that a few years ago. Dodge first discontinued the mid-sized Avenger, but it didn’t take long for Dodge to dump the Dart while Chrysler dropped the 200. When FCA made those moves, critics of the smallest of the Detroit Big 3 were quick to insist that it was a terrible idea and the first step by FCA towards the end.

Watch my 4 reasons why I think the 2020 Dodge Charger Widebody will succeed and click to subscribe to Torque News Youtube Channel for daily automotive news analysis.

However, shortly after FCA discontinued the last of the smaller cars from Dodge and Chrysler, Ford announced plans to follow suit, as did General Motors. The same people who criticized FCA for discontinuing their slow-selling small cars praised Ford and GM for making the same move, but in the long run, all three companies are transitioning away from their slow-selling models to focus on their popular, money-making models.

Unlike the large sedans from Ford, Chevrolet, Buick and Cadillac, the Dodge Charger is selling remarkably well, serving as one of the bestselling four-door cars sold in the United States over the past decade.

In addition to outselling the other large sedans sold in the United States, the Dodge Charger is also the bestselling rear-drive sedan, beating every performance-minded four-door car from every brand operating in the United States. In many cases, the Charger moves more units annual than all of the rear-drive sedans from other companies added up. For example, the Charger outsells the BMW 3-Series, 5-Series and 7-Series on a head-to-head basis, but the big Dodge also outsells all three of those BMW sedans combined. Considering that BMW is best-known for their rear-drive sedans, the Charger outselling the three top cars in the German brand’s lineup shows how well the big Dodge is doing in terms of sales.

Again, we don’t have any official information from FCA to prove that there will be a 2021 Dodge Charger, but I would bet my last dollar that 2020 will not be the final year for America’s bestselling rear-drive sedan.

People need to keep in mind that in most cases, dealership personnel are terrible sources of future information. Some consumers expect that dealership sales people might have access to advanced information, but at the end of the day, they will do or say whatever they need to in order to sell a car today. Telling clueless consumers that the Charger won’t exist in 2021 could lead to someone hurrying to buy a 2020 now, and that is why dealership people make up information like this. Along the same lines, dealership people have told many consumers that the Jeep Trackhawk was limited to just 3,000 units with the hopes of creating some urgency to buy one off of the lot, but the company made close to 7,500 examples of the supercharged Jeep for 2018 alone – so it clearly isn’t limited to 3,000 units.

The bottom line is that unless you see an official report, dealership sales person information isn’t credible, especially when it pertains to information which would push someone to buy sooner than later.

Steven Mamari wrote on August 26, 2019 - 4:19pm Permalink
I wat to know everything about this topic please.
James Myers wrote on August 27, 2019 - 6:20pm Permalink
The problem with this is FCA has starved both Chrysler and Dodge Brands of development money for new and heavily refreshed product. A brand cannot continue to be offered when a company is building 3,000 units per year at any cost. This should say it all in regard to the future of both aforementioned Brands, which in my opinion their fate has been determined.