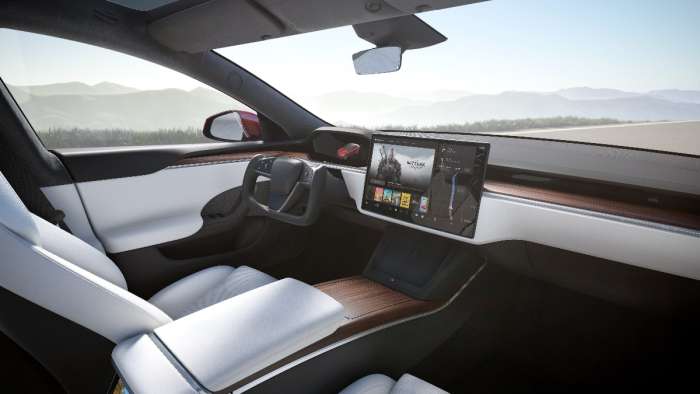 After stopping Model S & X production back in 2020, Elon Musk had promised Tesla will be back to producing 1000 Model S's a week in the fourth quarter. And now, after the EV maker released Q4 2021 production numbers, we see Elon Musk has kept his promise setting up Tesla for a record-breaking 2022.
Advertisement

Tesla initially expected to only shut down the Model S & X lines for 18 days. However, worldwide parts shortage coupled with battery scarcity forced Tesla to extend the shutdown for several months.

In July, Tesla restarted the Model S production line and at the time Elon Musk said “we’re in production and going to deliver the first 25 cars now, and then basically should be at several hundred cars per week soon and a thousand cars per week next quarter.”

And in October Tesla started producing the refreshed Model X. However, the deliveries consisted of a handful of vehicles and were mostly sent out to Tesla employees. After those first deliveries, we haven’t heard much about the Model X other than sporadic reports of a restart of production.

And now, as Tesla releases Q4 2021 vehicle deliveries, we see Musk has once again kept his promise. In the last quarter of the year, the EV maker announced it has delivered 13,109 Model S & X vehicles.

As Model X production is negligible, this means Tesla has been producing around 1000 Model S’s every week. And even more impressively, Tesla has produced more Model S & X vehicles in the last 3 months of the year than the first 9 months.

Related news: A Model Y Leaves Giga Shanghai Every 38 Seconds - How Much Is That a Year?

As of now, it is hard to predict how the Model X ramp will go and if Tesla is able to maintain the stellar Q4 Model S production. However, we will be sure to keep you posted as Tesla ramps the company’s most profitable products. Make sure to visit our site torquenews.com/Tesla regularly for the latest updates.

So what do you think? Exited Tesla has started consistently meeting Elon Musk’s lofty production goals? What is your prediction for Model S & X production in 2022? Let me know your thoughts down in the comments below.

For more information check out: The Most Important Question You Should Be Asking About Tesla Giga Berlin Right Now Before The Permit Also, see 6 Performance Model Y Vehicles Seen Leaving Giga Berlin - Where Are They Going?

John Goreham wrote on January 3, 2022 - 12:51pm Permalink
I think you are mistaken about the deliveries in Q4 of the S/X lines (Paragraph 6). According to the Tesla data on its website, it delivered 11,750 of that pair of vehicles in total, not 13,109. You cited the production number. The deliveries average to about 900 total vehicles per week for X/Y combined. That rate is less than half what Tesla did in 2017.
DeanMcManis wrote on January 3, 2022 - 1:50pm Permalink
Yeah, it made me smile seeing Tinsae's article proclaiming Model S numbers to be 50% above their estimates, and right next to it was John's article saying that the sales were down 50% (from 2017). Tinsae gets the Optimist Award for 2022.