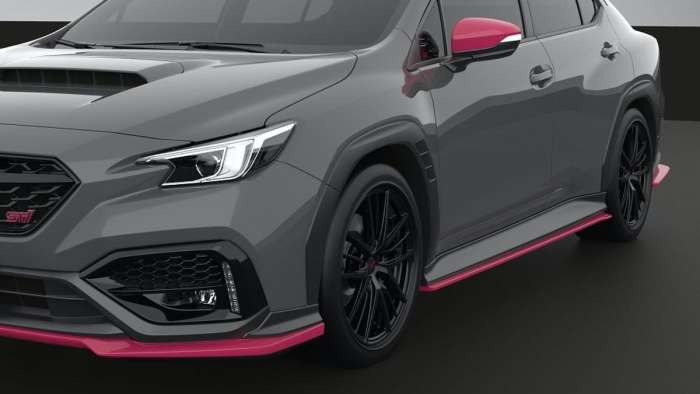 The 2023 Subaru WRX STI is coming soon, and we get a good idea of what the exterior will look like when it arrives. Check out the WRX S4 STI performance concept.
Advertisement

Subaru is bringing a new WRX S4 STI performance concept to the Tokyo Auto Salon 2022 held from January 14 to 16, 2022. Fans are given a preview of the next-generation 2023 Subaru WRX STI. Will the new STI, also get the plastic fender flares fans dislike so much?

Subaru Corporation revealed the new image of the WRX S4 STI performance concept that previews the next-generation STI. The controversial plastic wheel cladding on the 2022 WRX will also be on the new STI. 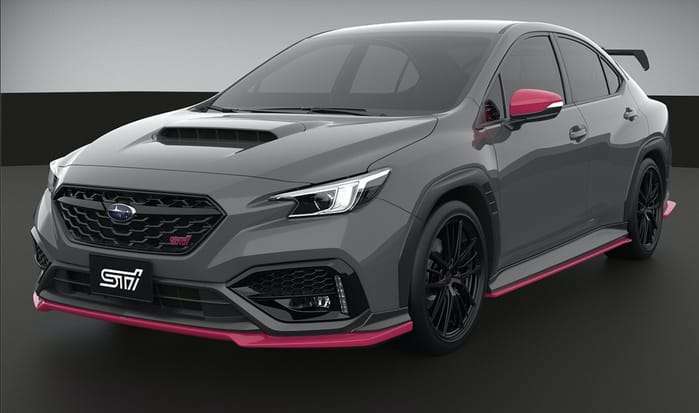 At the media launch for the 2022 Subaru WRX in California last week, Subaru product manager Michael Redic gave Road and Track some insight into the design of the plastic fender flares on the new car.

The design serves a purpose

According to Subaru, when engineers tested the textured flares against painted versions in the wind tunnel, the raw plastic was significantly better at keeping air flowing smoothly around the car. 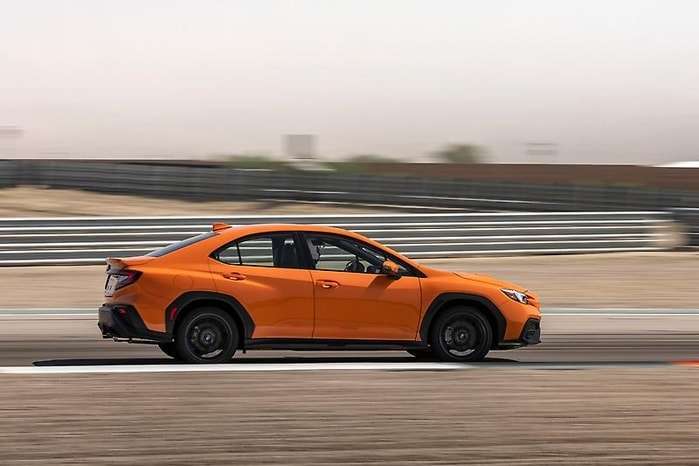 "This surface has a hexagonal aerodynamic shape, kind of like a golf ball. It's functional and designed to help improve airflow. Just changing the structure from paint to the hexagonal texture has a big improvement on the aerodynamics of the vehicle," Redic said.

Redic said they even used texturized plastic underneath the car, where its aerodynamic characteristics are helpful. 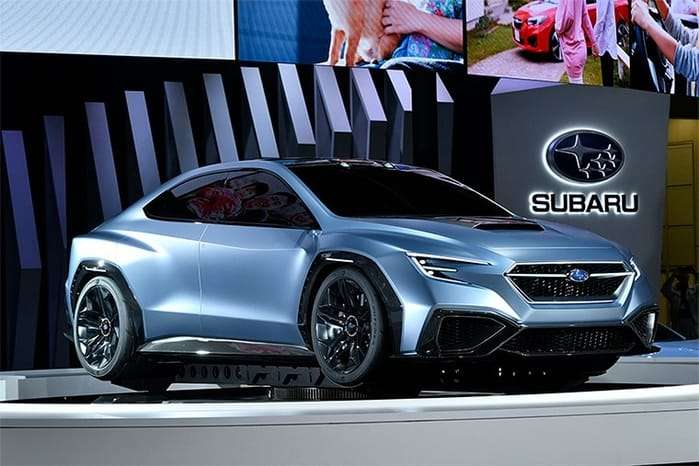 We should have known but missed it when Subaru brought the VIZIV Performance Concept to the 45th Tokyo Motor Show in 2017. The WRX forerunner can be seen with the plastic fender flares.

When will Subaru announce the next-generation 2023 WRX STI?

The all-new 2023 Subaru WRX STI will be late next year before its global reveal.

Like the 2022 WRX, the 2023 Subaru WRX STI will get a complete remodel from the ground up and will feature a new FA24 2.4-liter turbochargers engine under the hood. The new STI will be the fastest full-production performance car the Japanese automaker has offered its customers. The new WRX STI will also come powered with the FA24 2.4-liter four-cylinder turbocharged Boxer engine.

Subaru has been tight-lipped about the fifth-generation 2023 WRX STI 2.4-liter turbocharged four-cylinder Boxer engine's horsepower rating. Subaru Tecnica International will build the engine, and reports say the new STI will have close to 400 horsepower, but that is speculation. It will likely be closer to 350 horsepower.

Subaru Corporation also teased an all-electric STI concept performance car coming to the Tokyo Auto Salon. Subaru calls the new performance EV model the STI E-RA Concept. The "E" stands for electric, and the "RA" stands for Record Attempt. When will the Japanese automaker offer an all-electric STI to customers? That is the question, but we now know Subaru has it on the drawing board. Check out the complete report below.